While Its People Are Improvised, North Korea Has a Well-Armed Military 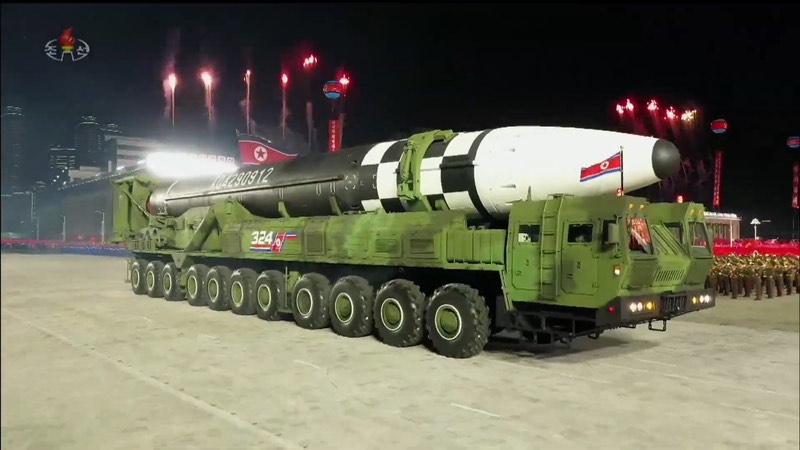 North Korea is taking steps to boost its military power. (Image: via Wikimedia)

North Korea is taking steps to boost its military power. The country has over 60 nuclear weapons and it keeps on testing missiles from time to time. UN Security Council sanctions and denuclearization summits notwithstanding, the rogue country keeps developing and testing ballistic missiles.

The U.S. and its close allies think of North Korea as a country capable of emerging into a major security threat. Its largest military force, coupled with its incessant missile and nuclear tests, has made other nations worried.

It is a fact that North Korea is still ranked among the poorest countries globally, but that has not deterred its government from spending a huge amount on its military. This has been revealed by the internal data of the U.S. State Department.

So far, efforts to prevent North Korea’s acquisition of nuclear weapons have been unsuccessful. Since 2019, the negotiations on denuclearization have remained rather static.

While the exact size and strength of its nuclear arsenal are not clear, experts think Pyongyang has tested such nuclear weapons several times and it has test-fired ballistic missiles too. Its ballistic missiles are powerful enough to reach the territories of the U.S. and Japan.

A RAND Corporation report published in 2021 hints North Korea may amass as many as 200 nuclear weapons and a similar amount of ballistic missiles by 2027.

The nuclear tests were started in the regime of Kim Jong-il and have continued after his son, Kim Jong-un, came to power. The latter has directed over 125 missile tests, and in this regard, he has exceeded both his father and grandfather. With each test, the nuclear explosions of North Korea have grown in strength.

In 2018, North Korea confirmed the shutting down of the Yongbyon reactor complex, its chief nuclear-material production site. It came after its summit with South Korea and the U.S. However, in August 2021, the IAEA reported the government resumed making fissile material at Yongbyon.

North Korea has tested plenty of ballistic missiles with the capacity to carry nuclear warheads. These include intercontinental, intermediate, and medium-range missiles. The missile testing resumed in 2019 when negotiation between former U.S. President Donald Trump and Kim Jong-un failed in Hanoi, Vietnam.

Since then, it has test-fired various types of missiles. These missiles have ranges above 3,000 km, say the experts. The Pukkuksong-4 and 5 class models, unveiled in 2020 and 2021 respectively, raised concern, in particular. Pyongyang tested some short-range ballistic missiles in 2021 as well. The accuracy of the missiles tested by North Korea is however debatable. There are conflicting opinions on their accuracy.

The country has the 4th biggest military force, globally. It has approx 1.3 million active personnel. The constitution pays utmost importance to National defense. The country spent US$3.6 billion per year on developing military forces from 2007 to 2017.