Plein Air Painting: What It Means to Paint True to Nature 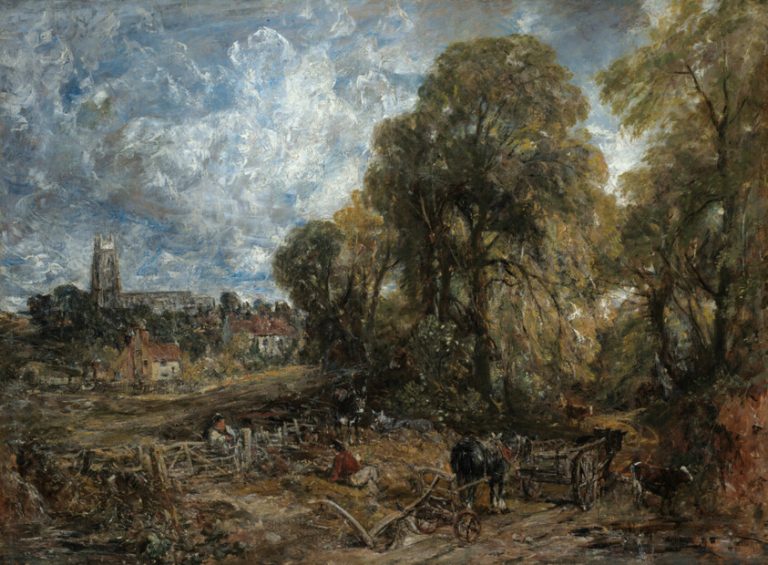 Plein air painting is about leaving the four walls of your studio behind and experiencing landscape painting and drawing. The practice goes back centuries, but it was truly made into an art form by the French Impressionists.

Their desire to paint light and its changing, ephemeral qualities, coupled with the creation of transportable paint tubes and the box easel — the precursor to the plein air painting easels of today — allowed artists the freedom to paint “en plein air,” which is the French expression for “in the open air.”

The plein air painting movement was driven partly by a quest for naturalism. It was also nurtured by poetic sentiment, scientific inquiry, and philosophical compositions. Aspiring painters started nature rendering while spending time in the lap of nature, leaving behind the confines of studios.

The Romantics and later the Impressionists

Plein air painting, or outdoor landscape painting, began with the Romantics (1789-1830) whose search for authenticity accorded particular value to spontaneous sketching from nature. Among the earliest pioneers of plein air landscapes were Meindert Hobbema (1638-1709), John Constable (1776-1837), and Richard Parkes Bonington (1802-28), who with JWM Turner (1775-1851) exemplified English landscape painting of the early 19th century.

The high point of plein air painting came later in the 19th century with the emergence of Impressionism, the world-famous art movement named after the picture Impression, Sunrise (1873) by Claude Monet (1840-1926), who became famous for a wide range of outdoor works, notably his series of waterlilies.

Other leading exponents of Impressionist landscape painting included Pierre-Auguste Renoir (1841-1919), perhaps the greatest painter of “dappled light” in the history of art, the Parisian-born Englishman Alfred Sisley (1839–1899), and the anarchist-inclined Camille Pissarro (1830-1903).

While painting outside the studio provided an opportunity for artists to observe their surroundings, the process was not very easy.

The lighting and visuals can change outdoors rather quickly. The color of the sky, water, shadows, and shapes change throughout the day. So the artists had to observe and paint on the canvas rather fast. The artists focused more on the essence of the subject than capturing every detail in a scene.

On a clear, sunny day, three different systems of illumination are at work: the sun, the blue sky, and reflected light from illuminated objects. Of these three sources of light, the latter two derive entirely from the sun and thus should be subordinate to it.

Water is perhaps one of the more challenging subjects to paint convincingly in a landscape painting. Whether one is inspired by the ocean, river, pond, or lake, each subject requires a studied familiarity and often distinctly different paint handling.

Still water on lakes, ponds, and even placid rivers presents the challenge of painting reflections, often filled with sunrise or sunset colors.

Ocean waves in constant motion present a challenge in plein air painting because they want to capture the movement and the light effects that occur in breaking waves. The wave changes color and value as it gains height and thins out just before breaking.

Typically, painting a picture in the open air requires rapid composition and brushwork, neither of which is feasible unless the artist is familiar with the fundamentals of drawing. Thus, it is no surprise to learn that many, if not most, outdoor painters were academically trained in life-drawing and other academic art subjects, such as linear perspective.

Unfortunately, in today’s colleges of fine art, this type of basic training is no longer seen as necessary for would-be painters, who instead are encouraged to express themselves in a variety of media, without the need for methodical learning.

While this focus on freedom of expression may facilitate variety and the development of new forms of artwork, it fails to inculcate the traditional values and skills needed for outdoor painting. Because of this, more and more traditional artists are voicing their dissatisfaction with modern methods of teaching art.