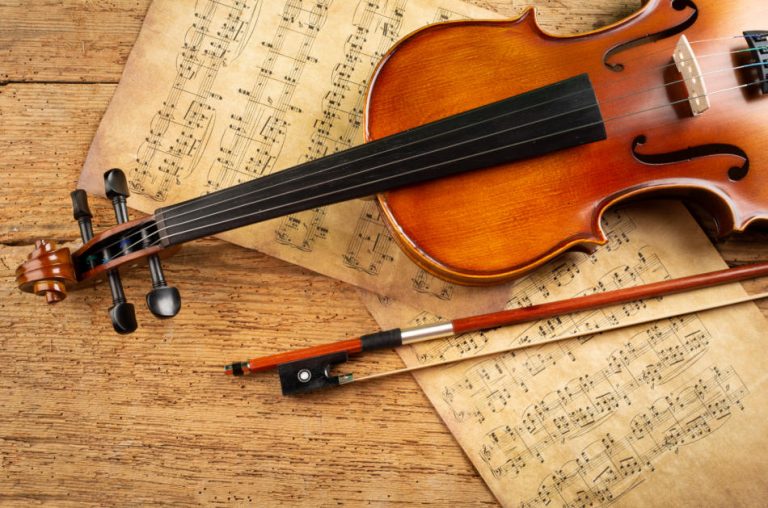 The wanton destruction of his mother's priceless Italian violin during the Cultural Revolution became the motivationin that produced a master craftsman. (Image: Grafner via Dreamstime)

The motivation for Xian Baokang to become a master craftsman came from witnessing the Red Guards’ destruction of a precious and priceless Italian violin that belonged to his mother during a raid on the Xian family’s home during the Cultural Revolution in China. The violin that was wantonly destroyed was more than 300 years old. It came into the family lineage when it was bought by Baokang’s maternal grandfather. He traded four and a half gold bars to get it. It was a classical violin made by a famous Italian craftsman in the 18th century.

In the 1990s, two childhood friends went to the Beijing Conservatory of Music to make an inquiry. One child asked the curator if they had any knowledge of the violins made by a specific Italian craftsman. The curator replied that there are now only 52 violins in the world made by that master craftsman, and the number is decreasing year by year.

Another child asked curiously: “Is the violin very valuable?” The curator replied: “I don’t know exactly how much it is worth in monetary terms, but let me tell you that the price of each violin made by a famous craftsman in the 20th century starts at RMB100,000 (almost US$16,000). The violins made by the master violin maker you mentioned are nowhere available for sale right now. The ones auctioned off all sell for sky-high prices.”

Baokang’s parents were both from Sanshui County in Guangdong. His mother was an honor student of Ma Sicong, a distinguished violinist and composer who was referred to in China as “The King of Violinists.” Ma Sicong hailed from Haifeng County, Guangdong, and also had a valuable violin that was like a shadow following him. On the night of January 15, 1967, Ma Sicong took his wife and daughter — and of course brought along his violin. They escaped the mainland and sneaked into Hong Kong on a tug boat paying a cost of 50,000 Hong Kong dollars (nearly US$8,000). A few days later, together with his family and taking along his violin, they boarded a plane for Washington.

If Ma Sicong, a highly trained and very prominent classical musician, had not escaped from the mainland in 1967, what would have happened to him? During the Cultural Revolution, intellectuals in the literary and art circles across the country were persecuted very severely, and many elites lost their lives. There is no doubt that if he had stayed behind in communist China, it would have been a fatal outcome for him and his family! Fortunately, he made a wise decision to get out in time and thereafter lived a stable and productive life in the United States for 20 years until he died.

During his time in the U.S., he had the opportunity to develop his music skills. His song Homesickness, written when he was 25 years old, is like an echo of his fate. The tombstone of Ma Sicong in Philadelphia is a 10-foot (3-meter) high piece of granite standing on a flag of marble. His composition, Homesickness, is engraved on the front of the erected granite stele and his life story is engraved on the marble base beneath.

Xian Baokang’s mother forced to abandon her own dream

Baokang’s mother dreamed of being a professional violinist and like Ma Sicong, hoped to play the violin all her life. Baokang expressed that his mother loved Tchaikovsky’s Violin Concerto in D Major, while his father, who also liked music and played the violin, loved Beethoven’s Violin Concerto in D Major, and they used to play in a duet. He could never hear his parents’ performances, but he could see that it was a warm and touching picture.

“Mother’s violin is gone, and she is depressed all day long. Father bought her a French violin labeled 1798.” Baokang could see his parents’ love for music, but in order to survive the onslaught of the Cultural Revolution, his mother had to, reluctantly, change her career against her will and give up the music that she loved so much.

Now 66 years old, Xian Baokang is still busy working alone in his workshop-style violin studio. Someone asked him why he still works so hard and what else could he ask for? He responded in gestures that he just wanted to make the best violin for his mother and to make one that is exactly the same as her Italian violin. From the beginning, he has never changed his mind and what he says now is the same as the wish that he made 55 years ago when he was just 11 years old.

It is said that Xian Baokang is a genius, but he declines to accept this praise, revealing that he has to put forth more effort than others with full hearing. Tuning the violin is very important. There are strings on the violin and all craftsmen must be able to tune the strings. If it is tuned even a little bit off, the sound will be out of harmony. Tuning the violin is difficult to do even if you have a good pair of ears, let alone if you have hearing problems.

Someone asked him the secret of his success. Xian Baokang has overcome difficulties that are seemingly insurmountable for ordinary people. It is true that he has endured more hardship and put in more hard work than others. He earned his standing as a skilled craftsman through a lifetime of painstaking effort.

The great trauma brought by the Cultural Revolution upon Xian Baokang and his family has turned into his lifelong motivation: “To make the best violin for his beloved and respected mother is to make up for the great pain and loss that his mother endured.” He pointed out that even if his skill is lacking, just by making the effort, he can at least comfort his mother’s heart.

To this end, Xian Baokang has devoted his whole life of hard work to achieving the exquisite craftsmanship that he has accomplished today. “Austere, classical, rigorous, neat, clear-lined” reads an inspirational motto that Xian Baokang handwrote for himself. This is his work ethic, motivated by the desire to make the best violin for his beloved mother!

This story of complete triumph over insurmountable adversity is a great lesson, sadly lost on the Chinese Communist Party: You can destroy someone’s life, but not their dreams or their soul.