The Dark Vibe of the Beijing Winter Olympics 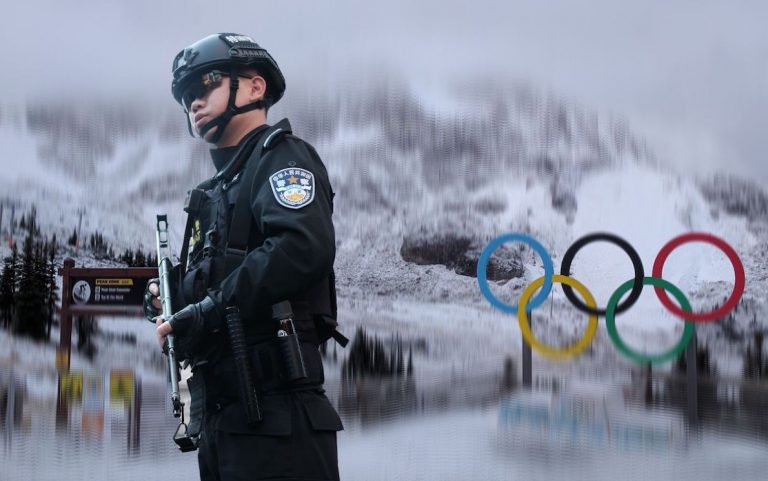 The Beijing Winter Olympics begins on Feb. 4. It’s probably the most controversial Olympics since, well, the last time the Olympics were held in the same city, back in 2008 with the Summer Games.

Back then, the Games’ supporters — and many of those making money in China — said the 2008 event would help nudge the ruling Chinese Communist Party (CCP) toward more universally accepted values, i.e., human rights, including freedom of belief, speech, and association.

That didn’t happen (unsurprisingly) and according to Human Rights Watch, those Games instead featured journalist arrests, migrant labor abuses, and the repression of civil society.

It’s now 2022 and the Covid-19 battered world is very much a different place. It’s certainly much wearier of China’s cashed-up brutal yet thin-skinned communist rulers. Now, those publicly favoring engagement are few and far between, yet there are still those aligning with the regime for their bottom line, something beyond the scope of this article.

Most notably this time around, several nations — including Australia, the United States, Britain, and Japan — are conducting a diplomatic boycott of the event to protest the CCP’s ongoing human rights abuses.

This round of the Beijing Winter Olympics has earned the moniker the “genocide Games” from activists for good reasons, beginning with appraisals made by a number of nations — most recently the French parliament — that the CCP is committing genocide against the Uyghurs and other Turkic Muslims in the western region of Xinjiang.

On top of that, there’s also the ongoing repression of Tibetans, Mongolians, Hong Kongers, rights activists, and the ongoing persecution of Falun Gong practitioners that began in 1999.

Meanwhile, Beijing has also been bullying scores of neighbors, i.e., India, Bhutan, Japan, and Vietnam, while also being busy talking up the use of force to take control of self-governing Taiwan.

Tomes could be further written about other aspects of the CCP’s behavior, past and present, such as the horrific reports of forced organ harvesting.

As touched upon, the international community is now more aware of how totalitarian the CCP is, especially over its handling of COVID-19 and how it targeted Australia after Canberra called for an independent investigation into the origins of the coronavirus.

Given the regime’s behavior both at home and aboard, it’s little wonder that athletes attending the Beijing Winter Olympics, for their own safety, have been warned by rights groups to not express support for human rights while in China.

For sure, there is Rule 50 (Advertising, demonstrations, propaganda) of the Olympic Charter which states: “No kind of demonstration or political, religious or racial propaganda is permitted in any Olympic sites, venues or other areas.”

But there’s a whole new dynamic when it comes to China and dealing with the CCP, which has taken Rule 50 and broadened it.

“Any behavior or speech that is against the Olympic spirit, especially against Chinese laws and regulations, are also subject to certain punishment,” Yang Shu, deputy director-general of international relations for the Beijing Organizing Committee (BOC) said Tuesday, reported Fox.

The BOC official’s stance on free speech has alarmed many, especially some U.S. lawmakers, Democrats and Republicans, who want the International Olympic Committee (IOC) — and its president Thomas Bach — to immediately clarify that free speech by athletes is absolutely guaranteed at the Beijing Winter Olympics.

“While the IOC has in the past prohibited political statements during competitions or medal ceremonies, Rule 50.2 of the Olympic Charter explicitly states that athletes and participants are free to speak on sensitive matters in broadcast and media centers, in interviews, on social media, and during press conferences,” said a statement put out the bipartisan lawmakers.

“That freedom extends to issues such as the PRC’s genocide against Uyghurs and members of other ethnic and religious minorities, repressive surveillance practices, or the dismantling of freedoms in Hong Kong. Given the latest troubling comments by the Beijing Organizing Committee, we call on the IOC to issue a public reaffirmation of its commitment to protect free speech during the Games, and to clarify what actions it will take to protect athletes if the organizing committee or local authorities try to silence them.”

Adding to the ominousness of it all, athletes from several nations have been advised by their government to use burner phones when they participate in the Beijing Winter Olympics, as Chinese authorities are requiring them to download a “health monitoring” app that researchers at Citizen Lab say is full of security vulnerabilities and includes “censorship keywords” such as “Falun Gong (e.g., “法轮大法好, “Falun Dafa good”), and the Tiananmen Movement (e.g., “Tiananmen暴乱,” “Tiananmen riot”).

Given all of the aforementioned and the CCP’s broader track record, there might be athletes already concerned about crossing some line, as tennis star Peng Shuai did after she made claims via social media that former top party official Zhang Gaoli sexually assaulted her. Peng’s two-week disappearance (she was probably held in Residential Surveillance at a Designated Location, or RSDL) and the amount of media coverage that received are adding to a dark vibe that many athletes might be feeling about attending the Beijing Winter Olympics in a nation run by a brutal regime busy committing genocide and other atrocities behind closed doors.