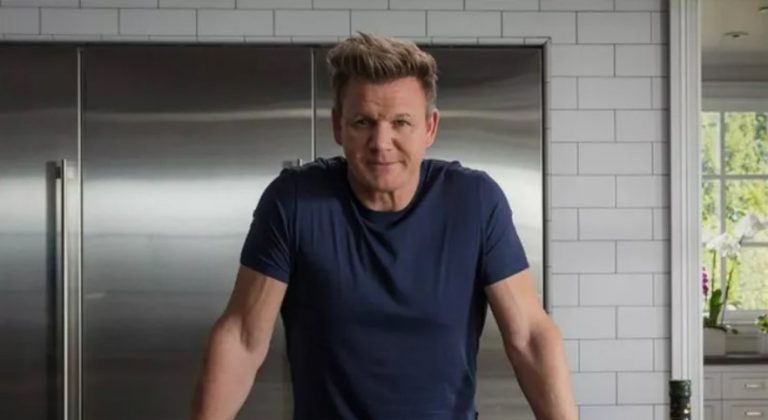 Whether you like him or not there is no denying Gordon Ramsay knows the nuances of cooking better than most. (Image: via masterclass.com)

Gordon Ramsay is a British chef, restaurateur, television personality, and writer. His global restaurant group, Gordon Ramsay Restaurants, was founded in 1997 and has been awarded 16 Michelin stars overall; it currently holds seven.

After rising to fame on the British television miniseries Boiling Point in 1999, Gordon Ramsay became one of the UK’s best-known and most influential chefs.

Gordon Ramsay’s television appearances are defined by his bluntness, fiery temper, strict demeanor, and frequent use of profanity. He combines activities in the television, film, hospitality, and food industries and has promoted and hired various chefs who have apprenticed under his wing.

He presents TV programs about competitive cooking and food, such as the British series Hell’s Kitchen and Ramsay’s Kitchen Nightmares.

Whether you like him or not, there is no denying Gordon Ramsay knows the nuances of cooking better than most.

If you have wondered how the chefs and some homemakers handle cooking like a pro and envied them, do not do so anymore.

8 Gordon Ramsay cooking tips you can do without much hassle

Adding herbs to a soup or any dish is a good idea, but chopping the herbs smoothly can be hard, dry, or wet! To evade the scene of leaving your chopping board in a messy state, try this technique. Collect the herbs you want to chop in a bunch and then roll them and chop with a sharp-edged knife.

Boiling potatoes is necessary before using them in a dish except when you want to make some French fries! However, the commonplace mistake most people make is boiling the water first and then dropping the potatoes in the pot. Instead of doing that, you should add the potatoes to cold water and heat the pot. This will ensure the potatoes get heated and boiled from the center.

To make a lot of dishes, you need to boil potatoes and mash them before mixing them with other stuff and spices. Here, the secret is peeling the skin when the potatoes are still hot.

Sometimes, do you wish you could get lemons that contain more juice inside? Well, you can extract more juice out of the lemons by rolling them on the surface. Rolling the fruits helps break their fibers and so extracting juice becomes simpler.

You like adding cheese to many dishes for breakfast or main meals. For this, grating frozen cheese is necessary. However, the mistake most people make is allowing the frozen cheese to thaw. Before you start chopping the cheese block, freeze it for 10 minutes. That way, you will find it easier to grate. This is good when you use crumbly cheese like Mozzarella.

Bell peppers are flavourful and used in many vegetable and meat dishes. However, some people struggle to chop these vegetables in the right way. Chef Ramsay says chopping bell peppers is easy when you cut the stem off first. Then you should set it upside down on the board and slice it in vertical and thin lines down its sides.

Scrambled eggs taste great and are easy to cook. However, Chef Ramsay says to cook this dish perfectly, you should add salt just before cooking. Add salt early, and the eggs will lose moisture. Then, add the seasonings just before the heat is turned off.

Most people buy raw meat in large quantities and freeze it for cooking later. However, it is wrong to take out frozen meat, defrost it using a microwave, and start cooking it right away. You have to be a little patient. Allow the meat to come to room temperature naturally, and then you can clean and cook it. This holds for grilling or roasting meat.