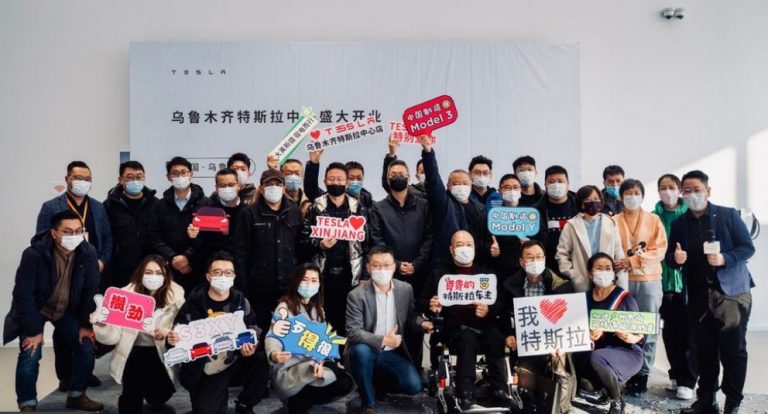 Tesla recently opened an electric car showroom in China’s Xinjiang territory, a move criticized by a manufacturing group and a U.S. lawmaker, making Tesla the latest American company to face scrutiny over its ties to a region where the Chinese government has allegedly detained scores of Uyghurs and other minority groups.

On its official Weibo account, the U.S. electric carmaker announced the showroom’s opening in Xinjiang’s regional capital, Urumqi. “On the last day of 2021 we meet in Xinjiang,” it said in the post.

Swift backlash from human rights groups and others

Tesla faced widespread backlash from several human rights groups. Many have condemned its decision to pick the region known for its abusive campaign against ethnic minorities.

The Council on American-Islamic Relations (CAIR), the largest U.S. Muslim advocacy organization, criticized the move, saying on its Twitter feed: “By doing business in China’s Xinjiang Province, where millions of Uyghur Muslims are being held in concentration camps and forced labor facilities, Tesla is supporting genocide. Elon Musk must close Tesla’s Xinjiang showroom.”

Sophie McNeill of Human Rights Watch said: “Beijing and businesses have long banked on a global willingness to put profits ahead of human rights, even in the face of crimes against humanity, but we must not allow this to continue in 2022. Elon Musk and his Tesla executives need to consider human rights in Xinjiang or risk being complicit.”

“The evidence is clear: China’s government is undertaking a cultural genocide in Xinjiang. Anyone still doing business in the region is complicit,” AAM President Scott Paul said in an emailed statement.

In recent years, Xinjiang has drawn international criticism after researchers and reporters found the Chinese government has detained up to a million ethnic and religious minorities — including members of the Uyghur group — in a secretive network of reeducation camps. In addition, researchers say some detainees are subjected to forced labor.

The Trump and Biden Administrations have accused China of committing genocide in Xinjiang and imposed sanctions on some government entities. In addition, U.S. diplomats plan to boycott next month’s Winter Olympics in Beijing due to China’s human rights record.

Some Western corporations that operate in China are caught in the dispute: Human rights groups and U.S. politicians have pressed companies to avoid sourcing materials from Xinjiang or to do business in the region, but companies like Nike and Intel have drawn backlash in China for seeking to cut Xinjiang out of their supply chains. H&M, the Swedish fast-fashion giant, also faced the ire of the Chinese authorities after saying it would evade cotton harvested in the Xinjiang region.

Since delivering his first electric car to a customer nine years ago, Musk has viewed China as a key market for sales and base for manufacturing.

Tesla opened its Gigafactory in Shanghai in 2019. Since its opening, the Shanghai factory has played a more prominent role after the electric vehicle maker moved its export hub from Fremont, California, to China.

According to Reuters calculations, about half the 936,000 vehicles Tesla delivered last year came from its factory in Shanghai. Robust deliveries from China arrive as production in Shanghai has overtaken the company’s former top factory in Fremont, California.

In the future, Tesla plans to invest up to $1.2 billion Chinese yuan (US$188.5 million) into expanding production capacity at its Shanghai site, Reuters reported.

With this latest commitment, Tesla is increasingly caught in the crossfire as it faces the uphill task of pleasing Western politicians and human rights groups while conforming to the policies of Beijing.