Do Plagues and Their Impacts Show Intelligence? (Part 2) 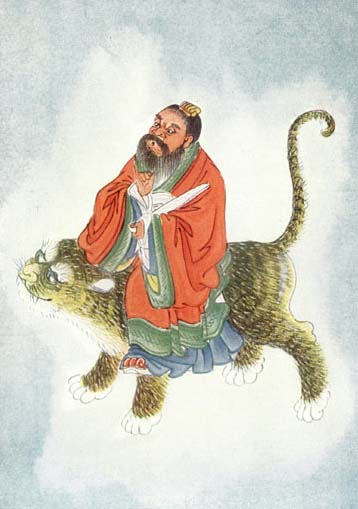 Zhang Daoling is regarded as the founder of Taoism. (Image: via Public Domain)

In the few great plagues in human history, many people prayed for the protection of whatever God they believed in, but while some of the prayers were effective, some had little effect.

So where is the difference? The key lies in the word “piety.” It’s not about superficial piety, how much money you donate to the church, or how nice it sounds. Instead, it refers to the essential thoughts in the human heart.

If you genuinely believe in God, you should act according to God’s requirements, have good conduct, take materialistic desires lightly, pay attention to morality, be charitable, and have no resentment or hatred. So how can it be effective when you say you believe in God and pray for God’s blessing while doing evil things against God’s words?

If you examine how plagues attacked ancient Chinese people, you will find that the method for fighting the epidemics was the same.

How the Chinese controlled plagues

For instance, there were records in ancient Chinese books about Zhang Daoling’s plague control. Moreover, Zhang Daoling is regarded as the founder of Taoism.

According to legend, during the reign of Emperor Shun of the Han Dynasty, while Zhang Daoling was practicing Taoism in Mount Qingcheng, he founded the doctrine of Chinese Taoism when Taishang Laojun (the deified Laozi) suddenly appeared before him “to grant him three days of righteous Law and bestowed on him the title of Celestial Master.” Later generations also honored him as “Zhang Tianshi” (Celestial Master Zhang).

In Volume Eight of Taiping Guangji, an extensive collection of historical and supernatural events throughout ancient history, it is recorded that after Zhang Tianshi obtained the Tao, he had the magical power to cure diseases.

People were grateful for his kindness. Many people were impressed by his supernatural power, and they came to worship him as their teacher. Finally, his students grew into tens of thousands. When Zhang Tianshi disciplined people, he did not like to use punishment, but started from the foundation to educate people’s hearts and inspire people’s sense of sin and kindness.

Zhang Tianshi made a rule that required people to write down on paper all the sins they had committed in their lives and then throw the paper into the water, at the same time making a vow to God that they would not repeat the sins, and if they did, they would be willing to have their lives taken away.

As a result, people who sincerely repented were cured. Moreover, this method made people feel remorseful after writing down all their sins, and they had more respect for God after their illnesses were cured. Hence, people corrected themselves from the bottom of their hearts and abandoned evil for kindness.

At the end of the Eastern Han Dynasty, plagues ravaged the country and people struggled to stay alive. Zhang Tianshi used this method to correct people’s hearts, thus saving them from such plagues.

The orthodox religions in human history, such as Buddhism and Taoism in the East, and Catholicism and Christianity in the West, although different, all contain provisions to make people worship God, believe in God, value virtue, and do good deeds.

Scientifically, studies have found that matter and spirit are the same. People’s different thoughts of good and evil correspond to different energy levels that have a meaningful impact on one’s health and surroundings.