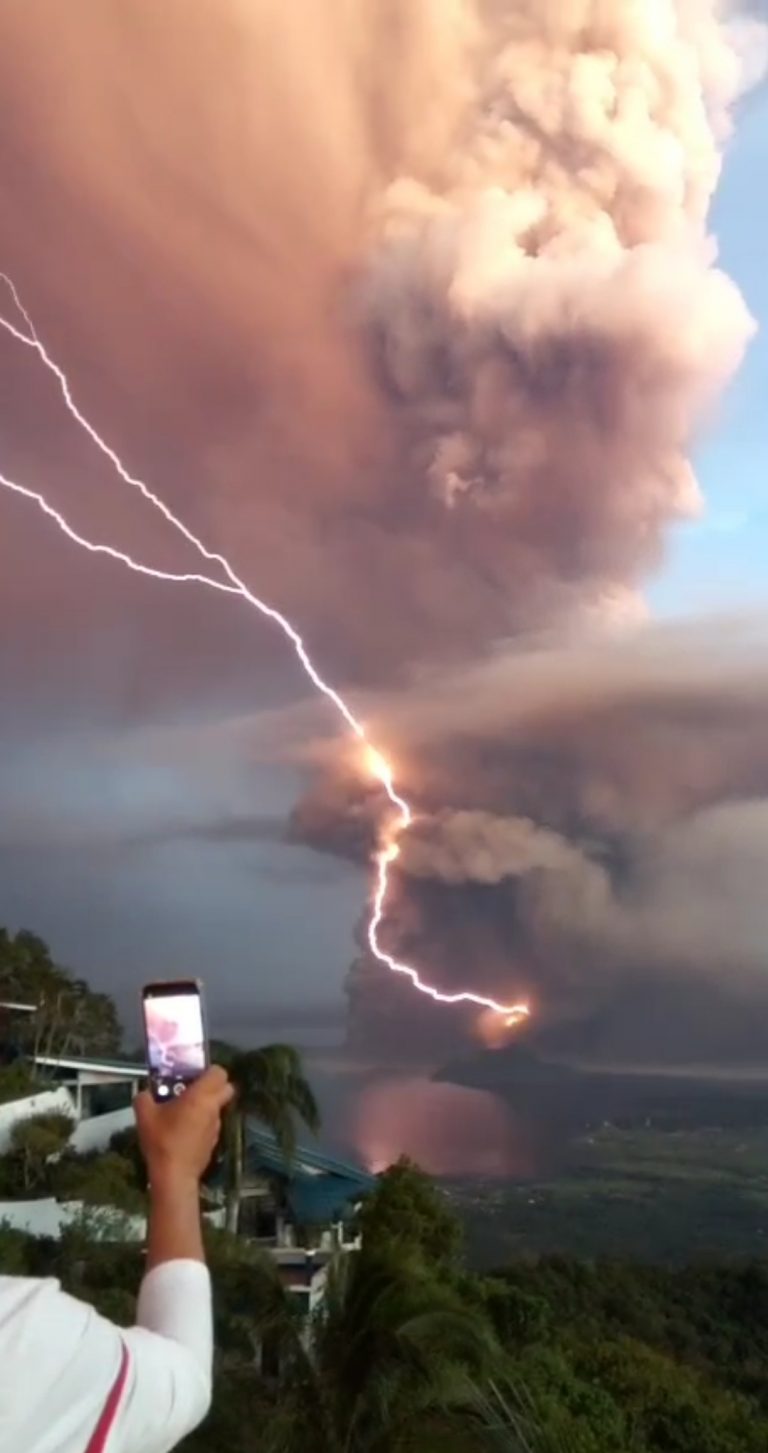 Photo of lightning during the Taal eruption. (Image: etrhamjr via Wikimedia Commons)

“It’s the perfect storm — explosive eruptions can create lightning that is detected around the world.”

Taal volcanic eruption in the Philippines

In January 2020, the Taal volcanic eruption in the Philippines showed how a powerful volcanic eruption becomes electrified, giving off thousands of cloud-to-ground lightning strikes over several hours. Those flashes allow scientists to shed light on the eruption’s behavior. Van Eaton said:

“As soon as the volcanic ash plume rose high enough to freeze, its electrical activity lit up our sensors.”

Radio waves produced by lightning travel at the speed of light, so, unlike other remote sensing tools with longer lag times, “we can receive the lightning data super-fast,” explains Van Eaton. The scientists also used satellite images and hundreds of photos shared on social media. “The eruption took place in a major urban area, so people posted pictures of volcanic lightning as it was happening.” Those photos and videos, Van Eaton and colleagues write, “reveal a highly electrified region at the base of the umbrella cloud.”

“Much more can be done to characterize an eruption when there are camera perspectives from all angles,” says Van Eaton. And understanding the evolution of volcanic lightning helps us recognize the early warning signs of ash hazards to aircraft.” However, remote-sensing studies like this one “only provide a broad-brush picture of an eruption,” says Van Eaton. “It is clear that nothing can replace the work of local geologists who know the area like the backs of their hands.”

An area of interest for future study, notes Van Eaton, is the miniature sparks they observed in photos of the ash plume. “We were surprised to find the high-altitude umbrella cloud crawling with these tiny, blue streamers,” which are distinct from lightning because they are discharges of cold plasma, rather than hot. “It’s still an enigma how these little ribbons of ionized air relate to powerful lightning.”

Provided by Geological Society of America [Note: Materials may be edited for content and length.]