Shen Yun Can Improve the Mind, Body, and Spirit 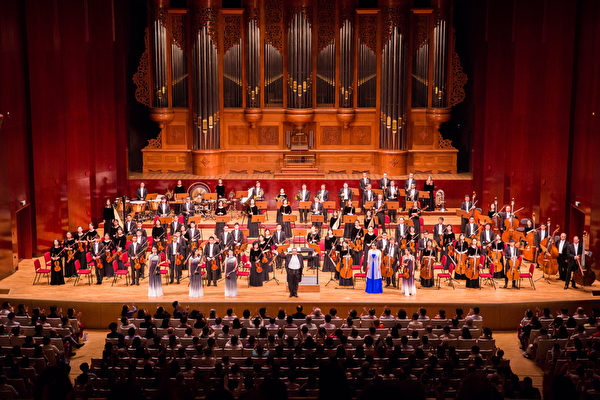 Dr. Hu emphasized that the best way for a person to stay healthy is to maintain a happy mood, and the performance of Shen Yun art is the presentation of beauty. (Image: via Chen Bozhou)

Dr. Hu is a famous doctor in Taipei’s “Shanghai Tong De Tang” clinical office. He studied both Chinese and Western medicine. He cured the fifth melanoma patient in the world with traditional Chinese medicine (TCM) treatments and is well-known in the medical world.

Dr. Hu said that the reason behind this is that TCM is inextricably linked with traditional culture and art. The music of Shen Yun Performing Arts can regulate the five internal organs. After listening to it, the cells and tissues in the body change accordingly so that illnesses that seem to be incurable may be cured without conventional medical treatment.

The human spirit plays a vital role in the development of the disease. Therefore, Dr. Hu said: “It is wisdom to strengthen one’s immunity through spiritual elevation.”

Dr. Hu emphasized that the best way for a person to stay healthy is to maintain a happy mood, and the performance of Shen Yun art is the presentation of beauty. When viewing Shen Yun, the positive energy emitted from the stunning performance is absorbed by the audience and into their bodies.

This energy enables the body’s immune function to be quickly mobilized, making people feel refreshed and energized preventing germs and viruses from invading the body. However, at the same time, it accelerates the excretion of harmful substances, and the body’s immune capacity will naturally increase.

Dr. Hu illustrated how people responded to plagues in many dynasties in Chinese history. As well as relying on medical treatment, many healing miracles happened to people who adhered to morality and kindness and those who prayed to God and showed remorse for their evil deeds, which was an accepted part of the culture.

Dr. Hu said that modern science has discovered that sound is a kind of “vibration.” When the musical vibration matches the physiological vibrations in the human body, such as heart rate, respiration, blood pressure, and pulse, it will produce a physiological resonance.

There is a relationship between sound and music. When two things hit each other, they will make a sound. For example, the gong is hit with the gong beater (or gong mallet), and the two coming together makes a “dong” sound. When the sound has different frequencies, it creates different “pitches.” When the pitches cooperate well, then together with rhythm, they make “music.”

Dr. Hu said that the famous TCM doctors in ancient history used these treatments, such as Wen Zhi, Hua Tuo, Zhang Zhongjing, and others.

More than 2,000 years ago, The Yellow Emperor’s Classic of Internal Medicine, or Huang Di Nei Jing, put forward the theory of “five-tones cure diseases.” In The Chronicle of Zuo, or Zuo Zhuan, written around 450 B.C., music is like medicine because it can prevent diseases and the person lives a long and healthy life. Listening to harmonic music is similar to doing meditative exercises.

Dr. Hu explained that when a particular organ resonates with the sound wave, the body will undergo specific changes. For example, there were five tones in ancient Chinese music, namely Gong, Shang, Jiao, Zhi, and Yu, corresponding to the spleen, lung, liver, heart, and kidney.

Gong is equivalent to “do” in the musical notation, which corresponds to the spleen. The Gong-style music is melodic and calm, honest and solemn. It sounds as generous and firm as the earth and can nourish the spleen.

Shang is equivalent to “re” in the musical notation, which corresponds to the lung. The Shang-style music is high-pitched and tragic, sonorous and majestic, with the characteristics of gold, which can nourish the lungs.

Jiao is equivalent to “mi” in the musical notation, which corresponds to the liver. Therefore, jiao-style music sounds like a rejuvenation of the land. All things are born, and the melody is full of vitality. These sounds can nourish the liver.

Zhi is equivalent to the “sol” in the musical notation, which corresponds to the heart. Zhi-style music sounds warm and cheerful, lively and relaxed. It forms a multi-level, festive atmosphere with fire characteristics and nourishes the soul.

Yu is equivalent to “la” in the musical notation, which corresponds to the kidney. Yu-style music sounds pure and sad, lonely and soft. It sounds like a crystal curtain cascading from the sky or floating clouds and water. Water characteristics can nourish the kidneys.

It is unnecessary to use a specific tone to regulate a particular organ. Instead, you make the tones mutually generate and restrain each other. For example, when a person writes music or plays or sings the rhythm of music with his heart, the audience will have emotional changes, which affect their internal organs. Thus, a person’s health condition will be improved accordingly.

The Shen Yun Performing Arts orchestra combines Western symphonic instruments with traditional Chinese instruments like the two-stringed erhu, the plucked pipa, and a range of percussion instruments. Shen Yun’s orchestra is the first in the world to include these categories of instruments as its permanent members. It has done what many have tried to do and not successfully blend two distinct musical traditions into one harmonious sound. Therefore, after listening to Shen Yun’s music, audiences feel uplifted.