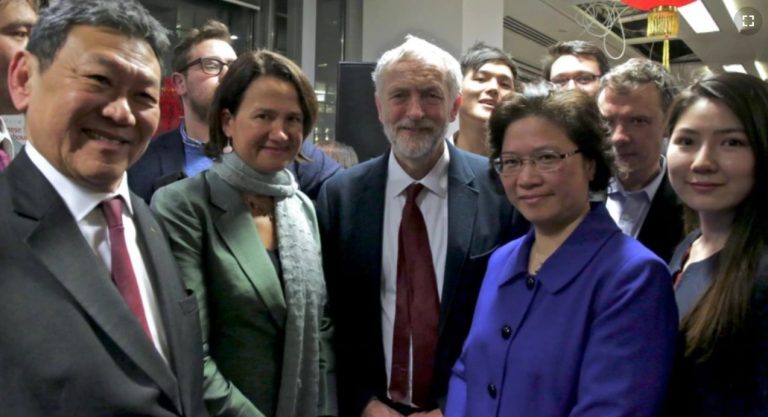 MI5, the domestic spy agency of the UK, recently alleged that China has deployed a Chinese undercover agent in the UK parliament.

MI5 has warned the UK parliament of an intrusion of a Chinese agent interfering with the country’s political developments. The agent, named Christine Ching Kui Lee, is a Chinese national. MI5 has accused her of influencing several British MPs to push forward the agenda of the Chinese Communist Party (CCP).

The House of Commons Speaker, Lindsay Hoyle, issued a note to the UK parliament of the revelation. Lee has reportedly made donations to certain UK politicians, and the money came from a handful of foreign nationals in Hong Kong and China. As expected, China has strongly refuted the MI5 allegations calling it a tactic of coercive politics.

MI5 issued a Security Service Interference Alert. MI5 does not give such alerts often, and this is the first warning about China. The rare notice says Lee is allied with the UFWD of the CCP. Lindsay Hoyle circulated the warning with detailed allegations that Lee gave money to both serving and aspiring parliamentarians.

Interestingly, the origins of the payments were kept hidden. The report mentions this is a significant development, and immediate corrective steps must be taken.

After the MI5 notice, politicians in the UK wanted to know more about Lee, who had been named as a Chinese undercover agent. She is a solicitor who owns Christine Lee & Co solicitors. The latter has an alliance with the Chinese Embassy located in London and also has a branch in Birmingham.

In the past, she received praise for fostering Chinese-British relations. Theresa May, the former UK PM, was fond of her. She had set up All-Party Parliamentary Groups (APPGs), which are informal cross-party groups with no official status within Parliament.

She donated money to prominent UK politicians, such as Labour MP Barry Gardiner. Her son was employed at the office of Gardiner. Sir Ed Davey, the Liberal Democrat leader, also received a donation.

Gardiner, however, said that the money received from Lee was not from obscure sources, and formalities were in place. Lee’s son resigned from his post after the Mi5 report was made public. The law solicitor firm owned by Lee is yet to respond to the charges.

While the MI5 report is significant, this is not the first time the UK has made its displeasure with China clear. For example, Richard Moore, the head of MI6, the UK’s foreign spy agency, said in 2021 that China had become one of its primary sources of concern. Also, in 2020, three Chinese spies were expelled by the UK after it was determined that they were operating under the guise of journalists.

Chinese espionage woes are, however, not limited to the British shores alone. The FBI and Pentagon have become active in thwarting such espionage efforts in the last few years.

Politicians in the UK, regardless of their party affiliations, have condemned the espionage attempts by China in strong words. Sir Iain Duncan Smith, a Conservative MP, also said it was a serious development. He was echoed by Tobias Ellwood, the former defense minister.

They all agree now that the matter has been made public, the UK government has to take decisive steps. While Lee has not done anything that can be considered a crime according to UK law, the lawmakers have to be alerted, said the UK Interior Minister Priti Patel. If Lee is working as a Chinese undercover agent, it’s a serious issue that needs to be dealt with in the harshest terms.