The Huizhou Merchants and Their Way of Doing Business 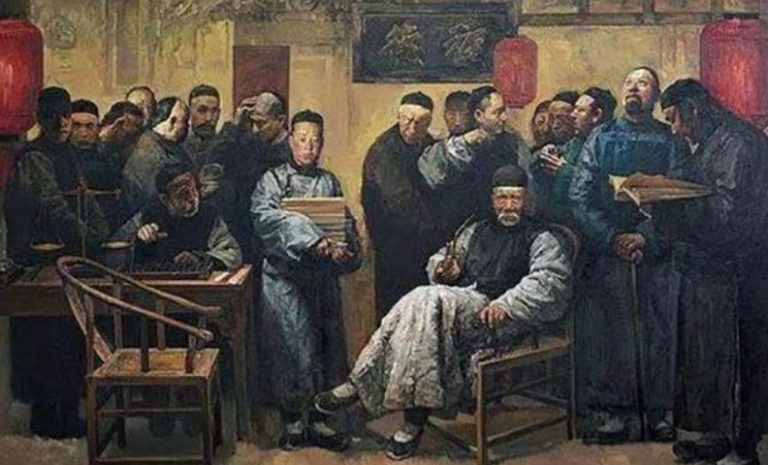 The Huizhou or Hui merchants were one of the merchant societies in the six counties under the Huizhou Prefecture during the Ming and Qing Dynasties. (Image: via Public Domain)

The Huizhou merchants, also known as Hui merchants, were one of the merchant societies in the six counties under the Huizhou Prefecture during the Ming and Qing Dynasties, also known as the “Hui Gang.” They were highly respected and known for their “Confucian way” of doing business.

The Legend of the Huizhou merchants

The Huizhou merchants were collectively also known as the Huishang Merchants.

During the sixth century in China, there was a group of merchants called the Hui merchants. These merchants formed so-called merchant societies under the Huizhou prefecture during the Ming and Qing dynasties. To many, they were also known as the “Hui Gang.”

The Huizhou merchants and Confucious

The Huizhou merchants dominated the Chinese business world for nearly 400 years and were collectively known as China’s “three major merchant gangs.” Besides them, there were also the Chao and Jin merchants.

The Huizhou Merchants played an essential role in developing China’s economy 400 years ago. But unfortunately, its only been in the last few decades that Chinese and Japanese historians have been actively piecing together these unique merchant people’s history.

What made the Huizhou Merchants stand out the most was how they conducted business in a way that aligned with their faith and moral principles. These principles were based on Confucianism.

How wealthy were the Huizhou merchants?

An old saying goes, “the world is ten percent of the true treasure; Hui merchants hide three percent.” That goes to say that the Hui merchants were regarded as being incredibly wealthy.

During the Ming Dynasty, the capital of Hui merchants had accumulated more than one million taels of silver, which was even more affluent than the largest shipowner of the Dutch East India Company.

Were the Huizhou Merchants richer than the Qing emperor?

During the Qianlong period of the Qing Dynasty, the Huizhou merchants, who operated the salt industry in Yangzhou alone, had a capital of 40-50 million taels of silver, while the silver was in the national treasury at that time was only 70 million taels, so they were very wealthy.

You could say their financial wealth surpassed that of the emperor even.

Even though the southern Anhui province of Huizhou was an impoverished region, the Huizhou merchants from this region were very wealthy and dominated the business competition in the entire region.

What made the Huizhou merchants so special?

The Huizhou merchants weren’t your typical businessmen who put financial profit before all else. Instead, they had a code of honor that they rigorously followed.

In addition to diligence, frugality, hard work, and endurance, the most prominent characteristic of Huizhou merchants was the Confucian thought of “benevolence, righteousness, courtesy, wisdom, and trust.”

What made them so unique and memorable even today is the principles they followed as the pillars of their mentality and how they did business.

Those conducting business and their customers are the two sides of one and the same mutual benefit.

An entrepreneur can only win the customer’s trust if they are honest and do not deceive. Therefore, in business, the Huizhou merchants preferred to lose money. Therefore, they insisted on remaining honest rather than losing the trust of their clients or the market, which can happen very quickly if one insists on holding on to profits by using fraudulent means.

There is a story that Zhu Wenzhi, a merchant from Wuyuan, operated a tea trade in Zhujiang, Guangdong Province, during the Qing Dynasty. Whenever the tea he sold was out of date, Zhu Wenzhi would visibly put the word “aged tea” on the contract of his dealings with others and would never deceive.

2. Do business by following principles of faith

Hui merchants were very committed. Once given, they would always keep their word.

Nowadays, commitment to keeping a promise seems more like an opportunistic thing and is only upheld whenever the outcome is promising enough.

But for the Hui merchants keeping one’s word was an innate character and part of their mentality as faithful businessmen.

For example, Jiang Gong-huen, a merchant from Wuyuan, and Chen Wan-nian from Huzhou, Zhejiang Province, were business partners and made a lot of money over the years.

As a business partner, Jiang Gong-huen calculated that the principal interest due to Chen Wan-nian amounted to more than 1,800 taels of silver and returned it to Chen Wan-nian’s wife in person. Chen’s wife was so moved that she wanted to give some of the money to express her gratitude, but Jiang Gong-Hun thanked her and kindly rejected it.

3. Make profits in a righteous way

In summary, it is safe to conclude that Huizhou merchants included both faith and righteousness in their business dealings.

But what if things were turbulent and a business conflict was brewing up?

The Huizhou merchants were honest and sincere and very benevolent and righteous. Righteousness to them came before profit.

And so it was that most of the merchants of Huizhou advocated “righteously making a profit.” While most people seemingly disassociate righteousness or faith from making a profit or conducting business, the Huizhou merchants paid attention to “righteousness” even when making money. They would sacrifice any opportunity if it weren’t in line with ‘righteousness.’

4. Take goodness as the foundation of conducting business

Even if it weren’t their own business, Hui merchants would follow the principle of “honesty.” They would follow their righteous business principles in partnership with others or whether others employ them even if they would be helping others in their business.

5. Taking virtue as the foundation of all business goals

Thus, one day Liu Huai from Huining, a prominent grain merchant, was tempted during a famine. He had been buying grain near Jiahu for many years. Then, one year, there was a severe natural disaster, and the people had no harvest.

Some people tried to persuade Liu Huai to sell the grain he had previously accumulated at a high price, but Liu Huai refused the suggestion.

Despite the opportunity to make a considerable profit, and no one would blame him for it, the only thing on Liu’s mind was to help the starving people survive the disaster.

So, not only did he not take the opportunity to raise prices, but he also sold his food at a price lower than the market price. On top of that, in his effort to support his community in these challenging times, he also opened a porridge house to help the victims who did not have money to buy food.

A natural conclusion would be to assume that Liu Huai experienced a significant loss. But in reality, what happened was that people recognized Liu Huai’s charity. And even in ancient China, word traveled fast.

Before long, good deeds were rewarded with good deeds, so Liu Huai’s business became more prosperous after the disaster.

These universal principles even apply to today’s fast-growing business world.

These principles are believed to be one of the key reasons for the Huizhou merchants’ great success.

The Confucian way of doing business was why the Huizhou merchants were so prosperous, wealthy, and recognized throughout all the lands of ancient China.

What made them stand out from other business people was their mentality, faith, and how they melted both into their deeds when conducting business.

Faith in their principles of goodwill and conducting business with a righteous intention made them the most trusted and wealthy merchant society of ancient China.

Especially in today’s world, where many people have a negative connotation when they hear the word businessman, sales representative, or making money, it is high time to take a moment to become mindful of how one is conducting business.

How one deals with opportunities that come at the price of bending one’s righteous principles. And whether the principles one follows in daily dealings with family, friends and clients are ‘righteous’ enough to guide one’s every action like a faith.