Humble and Caring Empress Ma Xiuying of the Tang Dynasty 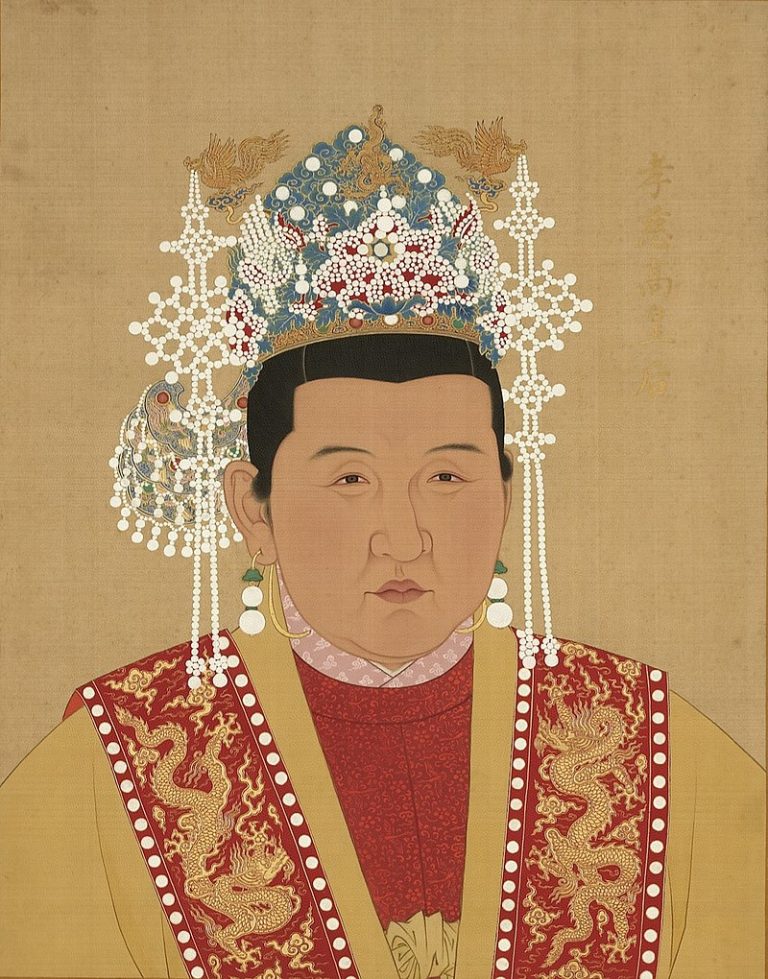 Ma Xiuying (July 18, 1332 – September 23, 1382) was a Chinese empress during the Ming Dynasty and was married to The Hongwu Emperor. She acted as his political adviser and secretary, exerting a large amount of influence during his reign.

Ma Xiuying’s father was a fugitive on the run, trying to escape arrest for committing a murder. So he entrusted his friend Guo Zixing to look after his daughter. Ma’s father later died in a foreign land, and Guo Zixing and his wife adopted little Ma.

During the Yuan and Ming dynasties, it was customary for women to have their feet bound. However, Ma Xiuying refused to embrace this custom and was thus called “Big Feet Ma.”

Ma Xiuying was extremely clever, and as a teenager, she was able to create poetry and learn to do beautiful drawings. In addition, she possessed a gentle nature and never spoke harshly.

Natural and manmade disasters prevailed toward the end of the Yuan Dynasty. And it was during this time Guo Zixing became the leader of the rebel army in the southern part of China. At this time, Zhu Yuanzhang, who came from a poor family, joined the rebel army.

Zhu possessed a strong will and was fiercely brave during combat. His talent and bravery won him the rank of commander in chief and quickly became one of Guo’s most reliable confidants. Guo’s deep trust in Zhu was evident when he consented to his adopted daughter Ma’s marriage to Zhu in 1352. At the time, Ma Xiuying was only 20 years of age.

A capable and brave woman

Guo’s son saw how quickly Zhu was promoted, and overcome by jealousy, he started to speak ill of Zhu’s reputation to his father. Guo had a bad temper and had a tendency to listen to slanderous rumors; consequently, he believed his son. Guo started to reprimand Zhu at every opportunity. Ma Xiuying set out to seek her adopted mother’s help in bridging the rift between her father and Zhu.

Ma Xiuying would accompany her husband on his campaigns, caring for and supporting him while also being actively involved in political and military affairs and managing his own affairs.

One example of her involvement was when Zhu Yuanzhang took his forces across the Yangtze River to engage Yuan soldiers, leaving Ma Xiuying to comfort the families of the soldiers left in Hezhou (in present-day Anhui Province). She encouraged the forces that remained with her to defend their city.

In 1363, during the Battle of Lake Poyang, Ma Xiuying was a beacon of strength and resolve during a widespread panic that had developed with the oncoming forces of rival Chen Youliang, who was also rebelling against the Yuan and whose forces almost matched those of Zhu Yuanzhang in size and strength. Ma Xiuying distributed valuable goods to the soldiers to encourage them to continue fighting.

She often shared her insights and advice to her husband and warned him with these wise words: “The only way to win over the world is to win the people’s hearts — don’t initiate troubles that make people’s lives difficult and don’t kill!”

Zhu Yuanzhang ascended to the throne as the Hongwu Emperor in 1368, and Ma Xiuying became his Empress.

Despite her elevation, Ma Xiuying continued to remain humble, economical, and just and kept to her simple habits all her life. Nevertheless, she played an important political role and acted as a political adviser and secretary, keeping control of state documents.

On several occasions, she reproached the Emperor and prevented him from committing acts of injustice, such as when she stopped him from executing the academician Song Lian.

Empress Ma took great care for the well-being of the people, encouraging tax reductions and reducing the burden of heavy work obligations. She was pivotal in encouraging her husband to create a granary in the Ming capital, Nanjing, that would provide food for the families of students who were attending the national university.

Empress Ma reacted strongly by telling her husband: “As you are the father of the people, she is their mother; how then could their mother stop caring for the comfort of her children?”

Famous for her humility and plain living, the empress wore common clothing until it was old and worn out. She provided blankets and curtains woven of rough silk to orphans and widows and gave leftover material to the wives of princes so that they would come to appreciate and value sericulture.

In the fall of 1382, the empress grew ill. But before she died, she again offered counsel to her husband, that he value talent, listen to the advice of his ministers, be careful in deciding matters, and ensure he finished all he set out to do.