Is Having an Imaginary Friend Normal for Children? 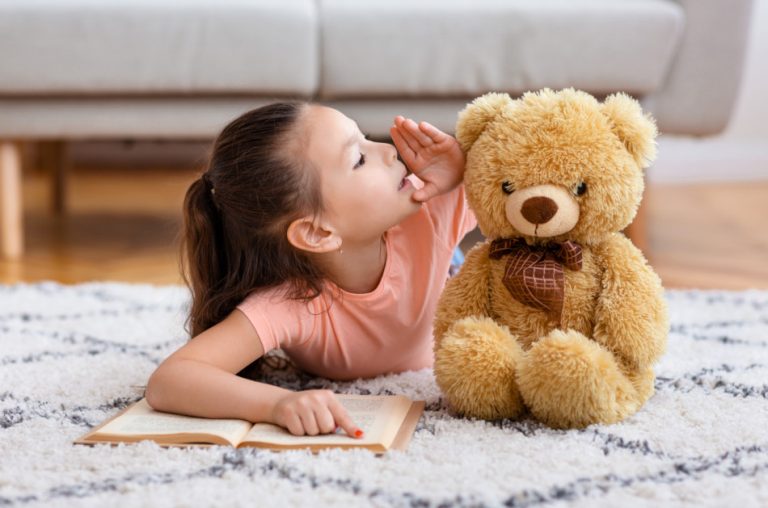 Approximately 65 percent of children will have an imaginary friend at some point during childhood. (Image: Prostockstudio via Dreamstime)

Growing up, do you ever recall having an “imaginary friend?” A best friend even, who was completely real to you, and only you?

I can’t say that I ever did. I would hear the term often, and yes, I may have pretended within the realms of my own vast imagination that I was friends with the “popular” crowd, but I never did have a friend who I’d created from my mind.

I explore this notion because we’ve recently wondered if our youngest has been experiencing this. Still exploring his surroundings and words due to his age, he often mentions a particular name of a friend who he plays with. An unfamiliar name within his usual confines, we wonder if this person is completely non-existent in our “real world.”

According to eMentalHealth: “Studies confirm that children with imaginary friends tend to be imaginative, better at seeing other’s perspectives, and better able to entertain themselves. They tend to grow up to be creative, imaginative, social adults.”

Most children have an imaginary friend

Research on imaginary friends has also discovered that approximately 65 percent of children will have such a friend at some point during childhood. Experts have advised that children with an imaginary friend can be of enormous benefit, even for their parents.

Dr. Marjorie Taylor, Ph.D., author of Imaginary Companions and the Children Who Create Them, has written: “An imaginary friend gives you a window into what your child is thinking about and working through.” They’re providing you with a good opportunity to talk about something.

Although considered normal when experienced in childhood, I wonder if adults genuinely form friendships entirely based on their imagination? I decided to look into this further and found that it is actually relatively uncommon.

In January 2020, Healthline published What To Know About Imaginary Friends. In a recent study, researchers reportedly found that 7.5 percent of adults reported experiencing an imaginary friend; however, further research is needed due to other complications at play, such as severe mental illnesses like schizophrenia.

It does make me feel better as a parent to know now that having an imaginary friend is thoroughly normal, if that is what is happening with our youngest. However, a common question among parents with children using their imagination to form friends is: “Does this mean they can’t make real friends?”

I remind myself that I’m being my typical self by overthinking the situation. “Of course he can make real friends, I’ve seen him do so myself!”

A child should never be made to feel that having an imaginary friend is a bad thing unless bad behaviors and negative habits are being formed by the child and blamed on “their friend” when reprimanded.

A good idea when incidents like that occur would be to punish your child appropriately — and the imaginary friend alike. Also, be sure to do the same whenever a positive situation occurs.

According to nationwidechildrens.org, it is important to remember: “Ultimately, the presence of an imaginary friend or two is usually a good sign of normal child development.” The pediatric experts also write: “The reality is that imaginative play is considered a major milestone of childhood development.”

I’ll be watching how the situation develops with our youngest and if he actually has an imaginary friend. I’ll also encourage his creativity and teach him how to further explore with his imagination as he continues to grow.