2022: Welcome the Chinese New Year of the Tiger 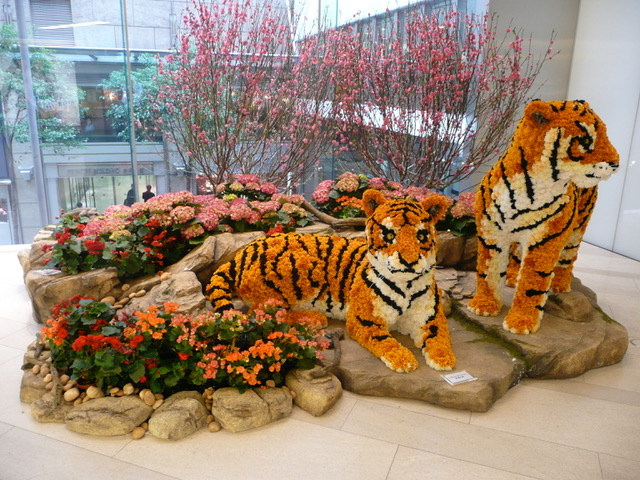 The year 2022 brings the Chinese Year of the Tiger. (Image: Jenny HK via Nspirement)

The tiger is one of the most recognized animal images worldwide and is the largest of the big cats. The year 2022 brings the Chinese Year of the Tiger. The Tiger replaces the Ox reigning supreme from February 1 until January 21, 2023 as the third sign of the Chinese zodiac.

Year of the Tiger characteristics

The tiger protects good people and punishes bad ones in Chinese folklore and culture. In ancient China, the Emperor used the tiger as an emblem of war, while the symbol of the tiger adorns tombs, monuments, temples, and houses to protect the people from demons and evil spirits. In Daoism, the tiger has been regarded as a holy symbol and the famous Mount Longhu (Mountain of Dragon and Tiger) in Jiangxi Province is one of the sacred places known as the home of the Daoist religion.

In China, tiger shoes for babies are worn for protection and they are nostalgic for today’s modern parents. They recall that their grandmothers made the traditional tiger head shoes with exquisite embroidery, making them as beautiful as they were practical. The wide sole and depth of the shoe make it very easy for a toddler to walk in as they provide support and warmth from the cold — another way that the tiger helps people. The shoes were made in the Qing Dynasty and were worn until the 1980s.

Legend has it that the shoes offer more than just practical protection, as a wicked official discovered when he abducted a beautiful woman from her home by the river. The woman’s son wore his tiger shoes to visit the official pleading for his mother’s return. The wicked man refused and out of the blue, the shoes turned into two tigers that ended his life due to his demon nature. The shoes helped the family to reunite.

The popularity of tiger shoes started dying out in China some 30 years ago as it became more fashionable to wear modern clothing. However, now the shoes have become popular again and it is hoped that the art of making tiger shoes will be revived so that this craftmanship is not lost.

The tiger’s protection is seen as a good luck charm to ward off evil and bring good luck. In China, good luck charms in the shape of a tiger are popular, and it is seen as a mark of prosperity to carry tiger whiskers with you; the more whiskers, the more prosperous it implies that you will be.

However, this brings us to the sad part of the story; the very mythological characteristics and qualities enjoyed by the tiger have created a demand for its body parts used in traditional Chinese medicine (TCM). Poaching to fulfill a market means that tigers have ended up on the endangered species list, but conservation efforts have stabilized the population of wild tigers in India, Nepal, Bhutan, Russia, and China at around 3,900, according to the World Wildlife Fund.

It is hoped that in this Year of the Tiger, the tiger receives our protection in return for all it has done for us in history.