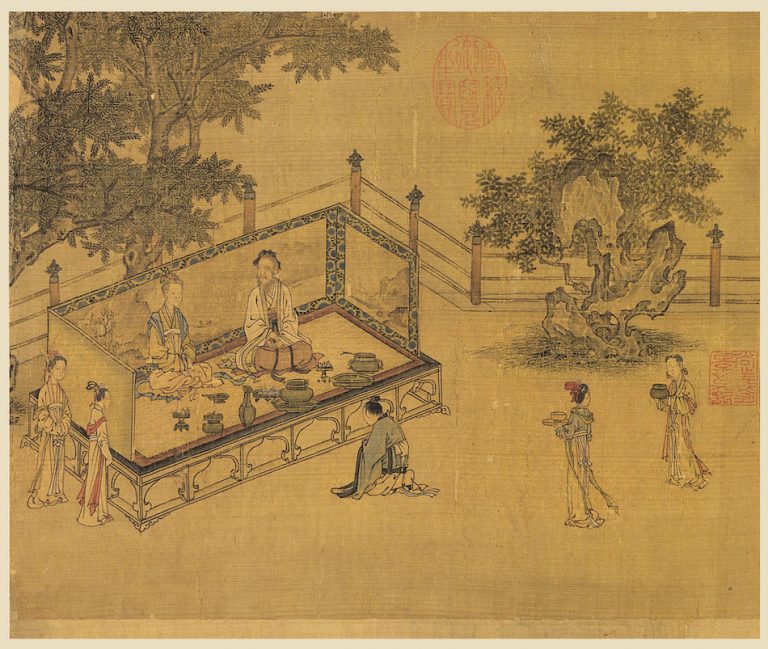 In ancient China, parents would raise their children in such a righteous way that even if their parents weren't present. (Image: via Public Domain)

This ancient Chinese story The Filial Piety of Emperor Wen of Han, comes from Treasured Tales of China Vol. 1

This book is filled with historical stories and legends that foster morality and virtue. The short stories take us back to ancient times in China and the book sparkles with wisdom. It is translated by Dora Li and edited by Evan Mantyk and Connie Phillips. Here, we will share one story from the chapter Filial Piety.

The term filial piety was commonly used in ancient times and refers to the virtue of respect for one’s parents, elders, and ancestors. The idea was it was the basis of how to set up a good society and is from Confucian thought as well as Chinese Buddhist and Taoist ethics.

It is not just about conducting yourself well inside the household, but also extending this to outside your home to bring a good name to your parents and their ancestors. It is about supporting, respecting, caring, and showing honor toward your parents through sickness and death — making any sacrifice needed to honor this Heaven-made vow.

Emperor Wen, who was also known as Liu Heng, was the fourth son of the first Han Emperor. He was very bright when he was a child and showed filial piety to his Queen Mother Bo. Every morning, the first thing he did was to greet his mother, and he did the same thing before she went to bed.

After Emperor Wen ascended the throne, Queen Mother Bo became very sick and Emperor Wen accompanied her all the time, even if it meant that he could not sleep well. Sometimes, he did not take his clothes off in the evening just in case she called for him. Every time the herbal medicine was cooked, he would taste it first to make sure that it was not too bitter or too hot before letting his mother drink it.

Queen Mother Bo saw all of this, and her heart was deeply moved. She said to him: “My sickness will not go away anytime soon. We have many servants in the royal palace who can take care of me; you do not need to burden yourself.”

Upon hearing this, Emperor Wen kneeled in front of his mother and said: “If I do not personally take care of you while you are alive in this life, when will there be a chance for me to repay you for the grace of your parenting?”

Three years later, Queen Mother Bo gradually recovered. Everyone said that it was because of Emperor Wen’s wholehearted care. After that, people both inside and outside the royal court respected Emperor Wen even more. Everyone took him as an exemplar. During that time in history, everyone regarded filial piety toward parents as the most honored virtue.