A Tutelary God Repaid Kindness With a Silver Coin 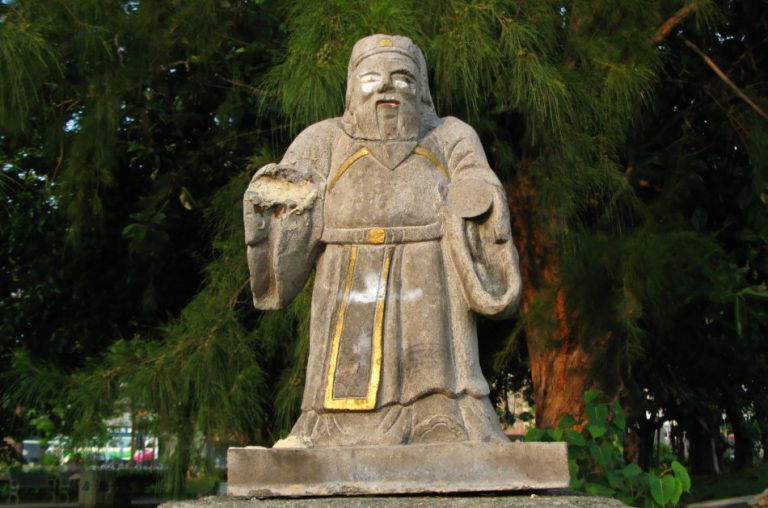 One night a man had a dream in which a tutelary god told him to buy a certain house in a certain location and provided him with its whereabouts. (Image: Chao-ping Chen via Dreamstime)

This is a true story that took place in central Taiwan concerning a tutelary god (a guardian god).

A couple lived on a tight budget and often quarreled with each other over their finances. In spite of that, they got along most of the time and led a simple life together.

One night, the husband had a dream. A tutelary god visited him in the dream and told him to buy a certain house in a certain location, and provided him with its whereabouts. The husband woke up and thought he must have been too tired the day before and therefore had the dream, so he did nothing with the information.

The next night, he had the same dream — the tutelary god came by with the same message. The man realized that the house was in the same place. On walking, the man told his wife about the dream, and she said: “Maybe you don’t want to be poor and keep thinking about money. Therefore, your thoughts are showing up in your dreams.”

It was odd that he had the same dream and message again, so he rode his bicycle and went to check it out. There was indeed an old vacant house. On the way back, the husband thought: “Although the house is old, it’s not far from where we live. But I don’t have the money for it. Forget about it then, I’m going home!”

He had the same dream the third night. The tutelary god again came to see him in the dream and this time shared why he was visiting the husband.

The god told him that many years ago he was staying at a small temple. It was damaged and could not provide protection from the wind and the rain. The man’s grandfather repaired and expanded it so that the god had a safe place to stay. The god said: ”I would like to pay you back, so please do as I say. Go and borrow money if you don’t have any and buy the house. Don’t forget what I’ve said!”

After waking up, the man asked his father if the story was true and the father confirmed it was. The husband borrowed money from a few good friends and bought the house.

He hired workers to demolish the house because it was too old to be repaired. The workers dug out a coin from a pillar and had it appraised. It turned out the coin was minted around 1875, with a history of 129 years. There was a floating dragon in the center of the coin, with the words “Eighth Year of Meiji in Great Japan” around it. On the back of the coin was a Japanese national emblem, with the words “trade coin.” It was beautifully made, with 90 percent pure silver and 10 percent copper alloy.

Japan ruled Taiwan from 1895 to 1945. When the Japanese went back to their country, some of them may have left the coins behind for unknown reasons.

The tutelary god “helped” the couple build a new house. And after paying all the expenses with the silver coin, there was still some money left, which enabled the couple to improve their living conditions and brought them happiness.