How Animals Repay Humans With Loyalty 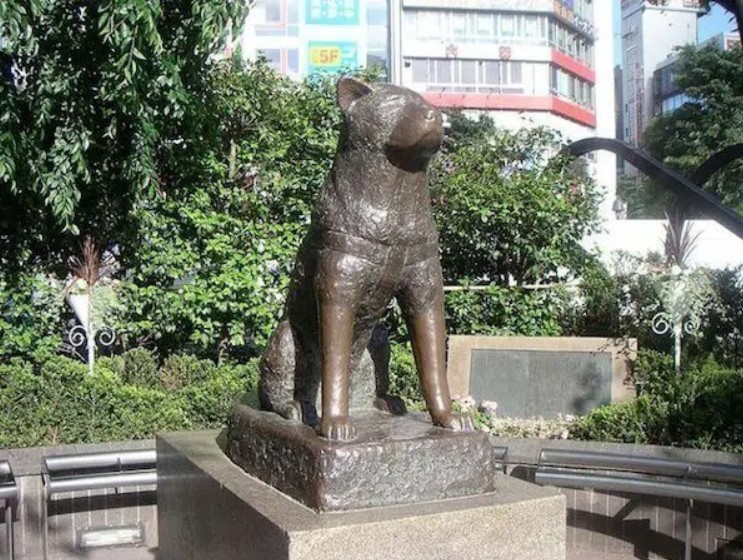 A bronze statue of Hachiko was erected outside the Shibuya Station in Tokyo. (Image: via Wikipedia)

Nothing quite matches the infinite loyalty and unbreakable bond between a pet and its owner. Throughout the years, hundreds of incredibly touching stories have documented this amazing bond of loyalty. Let’s take a look at three heartwarming stories of animals displaying loyalty to humans.

Hachiko’s real story begins with the lasting bond between Hachiko and his owner, Hidesaburo Ueno. Even though Hachiko lived back in the 20th century, his story has continued to inspire people worldwide up to this day.

Hachiko was an Akita Inu dog born on a farm in 1923 and later adopted by Hidesaburo Ueno, a professor of agriculture at the University of Tokyo in Japan.

The two fell into a daily routine: Ueno and Hachiko would walk together to the Shibuya train station in Tokyo, where Ueno would pet Hachiko goodbye before getting on the train to work.

Hachiko, known as Hachi, would then spend the day waiting for Ueno to come back. In the meantime, local shopkeepers and station workers would keep an eye on him and often give him treats while he held his vigil for Ueno.

This routine continued for several years until one day, tragedy ensued. Ueno never came home from work, as he suffered a brain hemorrhage and died. Of course, Hachiko had no idea about this, so out of loyalty, the dog continued to wait for his owner’s return.

Every day like clockwork, when the train would appear, so would Hachiko, searching for Ueno. Hachi’s loyalty earned him the nickname “the faithful dog.”

Hachiko never gave up hope and continued to wait for more than nine years for his owner to return. Finally, one morning, on March 8, 1935, Hachiko was found dead. It is believed that he died due to natural causes.

Although Hachiko’s life ended decades ago, his story continues. After Hachiko’s death, his body was preserved and placed at the National Science Museum of Japan in Tokyo. Additionally, a monument of Hachiko has been placed next to his owner’s tomb in Tokyo’s Aoyama cemetery.

Because Hachi’s loyalty to his owner persisted until Hachi’s death, a bronze statue of Hachiko was erected outside the Shibuya Station as a tribute to the dog.

Unfortunately, this statue was destroyed during World War II. Although the original Hachiko dog statue could not be restored, a new one replaced it in the same spot at the end of the war in 1948.

The spot has become a famous and beloved neighborhood park where tourists can honor and admire the unconditional love of this loyal dog.

Greyfriars Bobby: A heartwarming and inspiring tale of loyalty

Over 160 years ago, a wee Skye Terrier was about to become the most famous dog in Scotland’s history. Greyfriars Bobby is a remarkable story and a heartwarming tale.

On February 15, 1858, in Edinburgh, Scotland, a local man named John Gray died of tuberculosis. Gray was better known as “Auld Jock,” and he was buried in old Greyfriars Churchyard on his death.

Bobby, a wee Skye Terrier, belonged to John, who worked for the Edinburgh City Police as a night watchman. The two of them had been virtually inseparable for approximately two years.

Bobby led his master’s funeral procession to the grave at Greyfriars Cemetery, and later, when he tried to stay at the graveside, he was sent away by the caretaker.

But the little dog returned and refused to leave, whatever the weather conditions.

Despite the combined efforts of the keeper of the Kirkyard, Auld Jock’s family, and some of the local people, Bobby refused to be enticed away from the grave for any length of time, and he touched the hearts of the residents.

Although dogs were not allowed in the graveyard, the people rallied around and built a shelter for Bobby, and there he stayed, guarding Auld Jock.

As the firing of the one o’clock gun sounded from Edinburgh Castle each day, he would leave his post and run to the eating house he had frequented with Auld Jock, and then he would return to Jock’s grave.

The news of Bobby’s loyalty soon spread, and people would travel from far and wide to see him. Crowds would gather for the firing of the gun to see him run for his midday meal.

Bobby was well cared for by the people of Edinburgh, but his loyalty to his master remained, and he continued to stay faithfully guarding Auld Jock’s grave all those years until he died on January 14, 1872, aged 16 years.

Bobby was also buried in Greyfriars Kirkyard, just 75 yards away from his master’s grave. He has his very own red granite headstone, which was unveiled by His Royal Highness, The Duke of Gloucester CCVO, in 1981.

The statue of Bobby, beside the pub named “Bobby’s Bar”, is a well-known tourist attraction, with visitors from all over the world coming to Greyfriars to learn his story and have their pictures taken beside him. Some people rub his nose for good luck, but are now being asked to do it gently, as it has had to be restored twice.

The City of Edinburgh is abundantly rich in culture and history, but surely there is nothing that touches the heart like the loyalty and devotion of this wee Skye Terrier.

The story of Harry and his loyal seal Andre

Andre was a seal pup born in the spring of 1961 on the mid-coast of Maine, right around Rockport, Maine, in the U.S. He was rejected and ultimately abandoned by his mother, who many believe was killed.

This helpless seal pup caught the attention of a local tree surgeon named Harry Goodridge. Andre and Harry became a team, an unlikely pair who stuck together for 25 years.

Andre swam with Harry’s five children in the ocean. He splashed around in their bathtub and watched Flipper with them on TV in their living room. Then, he rode around in the back of the station wagon, startling neighbors with his forthright gaze.

And, like a dog, Andre the seal was trained. Harry taught him to shake hands and hide his eyes with his flipper as if in shame. He learned to leap through a motorcycle tire like a dolphin. Crowds gathered at the town landing when Harry went down to feed Andre.

Soon, people from all over the country were stopping by little Rockport Harbor to see for themselves. So many came back year after year!

Like the summer tourist, Andre would often head out for the winter and return each summer when the weather became warmer. But in the summer of 1986, Andre didn’t come back.

For a month, Harry had been out checking tips from people up and down the coast who thought they’d spotted the aging seal. Each lead brought hope, and Harry marked everyone on his calendar. “I checked out four dead seals, and then, of course, I checked out a lot of live ones. It would be an old seal, but it wasn’t Andre.”

More than a month after Andre’s disappearance, a man who’d gone for a walk on a remote section of Rockport beach found Andre washed up on the shore. Harry took his friend home and buried him near his beloved harbor.

You can pay homage to Andre at a stone monument of Andre in Rockport Harbor that marks his eternal presence in the place that brought so many smiles to the faces of the people that loved him.