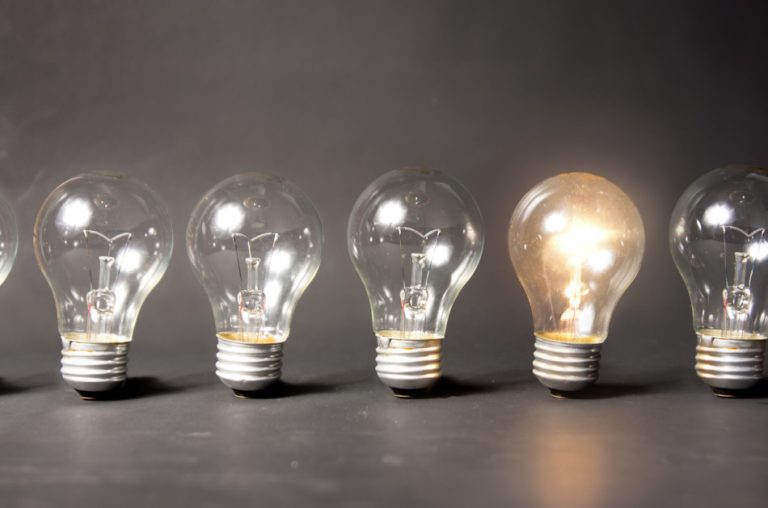 The best way of thinking is to look at things from a different angle. (Image: Fernando Gregory via Dreamstime)

The best way to think is to break down the barriers that confine your thought processes and change stereotypical problem-solving. The following two stories show how two people used lateral thinking and thought differently about challenges, which might inspire you.

In 1946, a Jewish father and his son arrived in the United States. They settled down in Houston to work in the bronze business. One day, the father asked his son: “How much does a pound of bronze cost?” “Thirty-five cents,” replied the son. The father said: “That’s right, everybody knows it. But you may try to sell a doorknob made of a pound of bronze.” The son did what his father said, and made a doorknob out of a pound of bronze, which was sold for 10 times the original price.

Twenty years later, the father passed away and the son went on running the store alone. He made drums, components of Swiss watches, medals for the Olympic Games, and other items. The highest price for an item made from a pound of bronze he sold was US$3,500. He made his name, however, with a pile of garbage from New York.

In 1974, the U.S. government renovated the Statue of Liberty. Needing to remove the garbage after the project was finished, the government opened the bidding to award a contract to someone who would clean up the discarded waste. There were no responses for several months. No one could see any use for the junk. The son was traveling in France when he heard about it. He immediately took a flight to New York. After checking those piles of bronze, screws, and timbers, he signed the contract on the spot.

With past experience in lateral thinking, the next day, he organized a team of workers to categorize those piles of waste. He had the bronze melted and made into mini Statue of Liberty replicas, and made bases from cement and timber. He made the keys of  Times Square out of lead and aluminum waste. In less than 3 months, he made US$3,500,000 out of the waste, and the price of each pound of bronze increased exponentially.

Many years ago, a Jewish merchant owed a moneylender a large sum of money. The moneylender was old and ugly, but he coveted the merchant’s daughter, who was young and beautiful. One day, they were all in the merchant’s garden standing on a trail paved by cobblestones in black and white. The moneylender bent down to pick up two stones and put them in his pocket. He suggested that the daughter take one from his pocket. If the stone she took was black, she should marry him to offset her father’s debt. If the stone she took was white, she did not need to marry him and the debt would be canceled right away.

But the daughter, who had sharp eyes, already saw that both stones the moneylender picked up were black, so there was no way that she could pick a white one from his pocket. But she did not resign herself to fate. Using lateral thinking, she picked out a stone from the money lender’s pocket very quickly, and before anyone saw it, she dropped it on the ground. Because there were stones everywhere under their feet, there was no way to tell which one was the stone she had dropped.