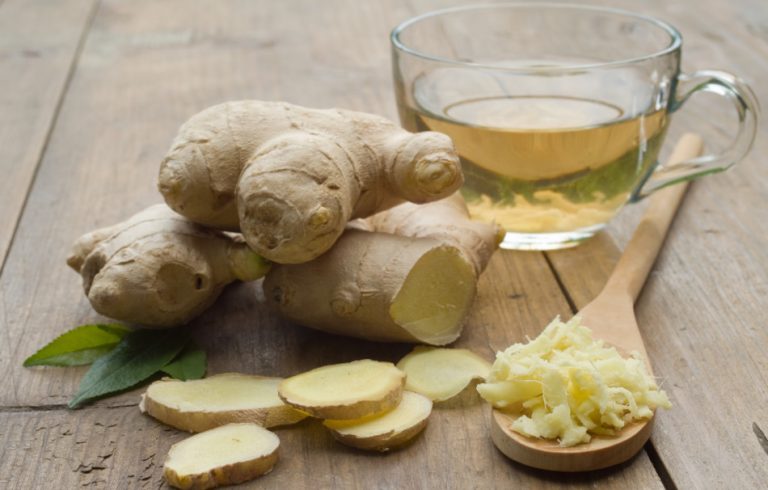 Ginger adds flavor to many types of cuisine but is also an ancient herbal remedy for a host of ailments, including the common cold. (Image: Ghenadii Boico via Dreamstime)

It is pretty common for people to catch a common cold during the winter months. People catch colds due to them coming in contact with infectious viruses that cause acute infection or inflammation of the upper respiratory tract.

People with a common cold may experience a runny nose, coughing, sneezing, headaches, fever, and various other symptoms. Cultures worldwide employ multiple dietary means to alleviate the symptoms of the common cold.

Each recipe is for one serving, but ingredients can be increased for multiple servings.

Ginger is native to Asia and is the flowering plant of the Zingiberaceae family. Its root, or stem, adds flavor to many types of cuisine but is also an ancient herbal remedy for a host of ailments, including the common cold. Here is an easy-to-follow recipe for making your ginger tea.

You’ll need 4 to 6 thin slices of raw ginger root (add more slices for stronger ginger tea), 2 cups of water, the juice from half of a lemon, and honey to taste (optional).

First, wash the ginger root. Then, peel the ginger and slice thinly. Fill a medium pot with water, add the ginger slices, and boil gently for 15 minutes. Remove from heat and add lemon juice and honey to taste.

Water is the best hydrator because it is the most straightforward and, therefore, most effortless fluid for the body to process. Adding a twist of fresh lemon adds flavor and vitamin C. In addition, the steam from the water held close to the face may help loosen clogged sinuses, and the water aids digestion and hydration.

Daikon radish is a wonderful part of Chinese cuisine that has many medicinal benefits. This long, white taproot is considered to be a mild-tasting winter radish.

In Chinese medicine clinical practice, daikon seeds are frequently used in herbal medicine formulas to aid digestion. The root itself also has similar properties. Daikon strongly promotes the descent of qi, breaks down food, and harmonizes the center. Contemporary textbooks also note that it is used to dissolve phlegm, staunch bleeding, relieve thirst, and promote urination.

Ingredients include 4 to 6 thin slices of raw ginger root, 8-12 slices of daikon radish, and 2 cups of water. First, wash the ginger root and radish. Next, fill a medium pot with the water, add the ingredients, boil gently for approximately 15 minutes, and remove from heat. Drink 6 ounces three times a day.

Lemons are loaded with vitamin C, which supports the body’s natural defenses. In addition, lemon (and lime) juice is reported to decrease the strength of the cold and flu virus in the body and reduce phlegm. Add lemon juice to your tea or make hot lemonade with honey to stay well, build resistance to cold and flu, and speed up healing if you do succumb.

Squeeze the juice of one fresh lemon to 32 ounces (1 quart) of warm water and add honey to taste (optional). Drink four (8 ounces) glasses per day.

Going as far back as the 12th century, Jewish scholars have touted the effectiveness of chicken soup for various ailments, including the common cold. So even today, when you’re in bed with a common cold, someone has either reminded you of its goodness or brought you a piping hot bowl.

Good chicken soup is made from stock and a variety of veggies. In the stock, the chicken bones are cooked for a few hours. This gives enough time for minerals like zinc, calcium, phosphorus, and magnesium to seep into the liquid stock. These same minerals won’t be in a broth since a broth is typically made from meat only.

Of course, chicken soup is also made from various vegetables such as celery, onion, carrots, leeks, parsnips, or turnips, and all of their minerals seep into the liquid.

Nourishing cabbage soup is well suited for a cold. Made with just a handful of ingredients and ready in minutes. Ingredients include one finely chopped Chinese cabbage, three scallions or green onions, and 2 cups of water. First, wash the cabbage and scallions. Next, fill a medium pot with the water, add the ingredients, boil gently for approximately 15 minutes, and remove from heat. Drink 6 ounces three times a day.

Also known as jook, congee turns up in Chinese households morning, noon, and night. This thick rendition is made with the addition of mint. Mint contains menthol, an aromatic decongestant that might help break up phlegm and mucus, making it easier to expel.

Wash and chop a small bunch of fresh mint, then add an appropriate amount of water to mash it and remove the juice. Next, simmer a small amount of rice. Add mint juice when the porridge is cooked.

Lotus root soup with pork bone and peanuts is a Cantonese-style soup recipe that is light, healthy, and delicious. Slow-cooked Chinese soup such as this is highly nutritious and effective against the symptoms of a cold.

Ingredients include a section of fresh lotus root, usually around 16 ounces, 16 ounces of pork spare ribs, or any cut of pork that is suitable for soup, 7 ounces of dried peanuts, and 2 cups of water. You will need to soak the peanuts for at least 2 hours before cooking the soup.

Wash the lotus roots and pork thoroughly. Boil a pot of water, then blanch the pork spare ribs for about 2 minutes. Drain the pork and discard the water.

Return the blanched pork to a clean pot with 2 cups of water, along with the lotus root slices and peanuts. Bring to a boil, then reduce the heat, cover with a lid, and let simmer until both the lotus root and peanuts are tender; this usually takes about 1 hour. Add salt to taste.