Gu Junshan Used Bribery and His Daughter to Rise in Rank 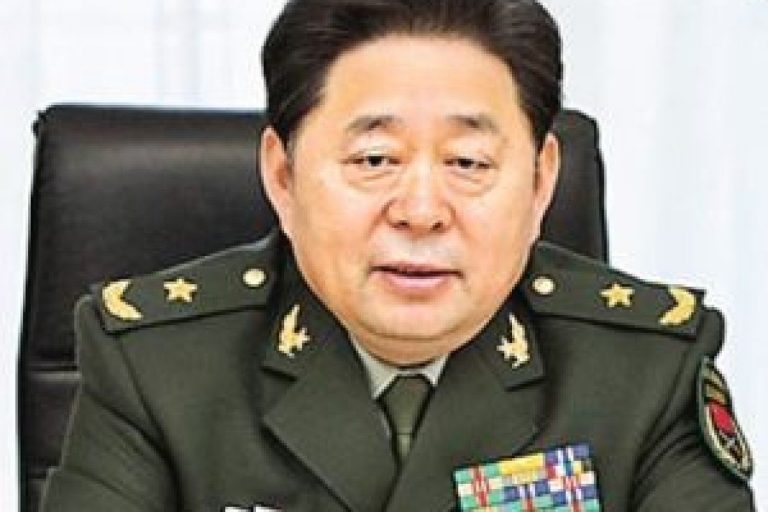 Gu Junshan, former deputy logistics chief of the People’s Liberation Army, was given a suspended death sentence with a two-year reprieve by a military court for corruption. (Image: via SCMP)

News outlets have repeatedly reported on the scandals of Chinese officials, such as Gu Junshan, who used bribery to rise in rank. And given the regularity of reports of corruption, one may arguably regard Chinese Communist Party (CCP) officials as being among the most corrupt in the world.

To explore whether that assertion holds true or not would be the topic of an entirely different article. So instead, this article will explore just one case of how a Chinese official used bribery and corruption to climb the ranks.

This is by far not the only case in which the Chinese leadership cracked down on corruption.

The case of Gu Junshan

One of the most recent examples of corruption is Gu Junshan, who was charged with embezzlement, accepting bribes, misappropriating, offering bribes, and abusing his power.

In a report by the China-based Phoenix Weekly, one of Gu’s comrades said: “Gu’s life philosophy is that money answers all things. So Gu sent money, gifts, houses, cars, beautiful women, and even his daughter to his supervisors. In summary, Gu did whatever he could do to achieve his goal.”

Why was Gu Junshan convicted and sentenced to death

Gu was tried in secret in military court, as is customary for officers of his rank. It was reported in August 2015 that Gu was convicted on charges of embezzlement, taking bribes, giving bribes, moving public funds, and abuse of power.

He was sentenced to death, with a two-year reprieve, usually commuted to life imprisonment. He was also stripped of his lieutenant-general rank.

Who was Gu Junshan

Gu was the second lieutenant general to be investigated in the 100-year history of the Chinese Communist Party (CCP).

How Gu received his promotions and appointments

What did investigators find when they searched Gu’s home

According to the Phoenix Weekly, the military procuratorate’s agents raided Gu’s old “general house” late at night on January 12, 2013. They seized a total of 400 kilograms of gold, wines, furs, and ivory.

The seized goods in Gu’s home included the following:

Because there were too many items to keep in his Beijing house, Gu also stored them at his hometown residence. Some 400 kilograms of gold alone found in Gu’s hometown residence was worth more than 100 million yuan (US$16 million).

How much illegal embezzlement was Gu involved in

According to an exclusive interview with a Phoenix Weekly reporter, Gu was involved in embezzling more than 30 billion yuan (US$5 billion). He was also said to have accepted bribes of more than 600 million yuan (US$94 Million).

Where did Gu get the money and real estate properties

As the allegations show, all the money and the real estate properties Gu accumulated over the years were acquired by embezzlement.

According to a report by Hong Kong-based The Trends magazine, Gu appropriated assets worth tens of billions of yuan in the sale of 58 pieces of military-held lands in “high-price areas” located in the cities of Beijing, Jinan, Hangzhou, Shanghai, Fuzhou, and Wuhan from July 2009 to January 2011.

Gu Junshan’s ‘tips’ on how to get a promotion

It sounds like something out of a movie. But Gu Junshan had a philosophy based on how he came to power and how he used his influence to accumulate wealth.

Money served as Gu’s god. He sent expensive gifts, including homes, and beautiful women, including his daughter, to his supervisors.

Furthermore, he also forged documents with at least five accounts in his arrest profile:

There was only the mention of a daughter in his profile records. But according to the computer of the General Administration Department, Gu also has a son.

Gu’s father was an ordinary farmer, but later apparently became a “martyr” who died for the country. He even constructed a “martyr’s tomb” in Puyang and wrote a biography for his father.

Not the only one

It’s hard to believe that anyone could come up with these nefarious means of gaining power, and he was not the only official in China who has come to power this way or who is using his power in this way.

Even though many officials are being prosecuted openly and their cases broadcasted on Chinese media, one must wonder how many more Gu Junshans may still be in power in the Chinese Communist Party ranks.

There is a fitting saying by Lao Zi: “What you see is only the shadow of what you don’t see.”

Translated by Joseph Wu and edited by Hermann Rohr