Ancient Origins: The Year of the Tiger 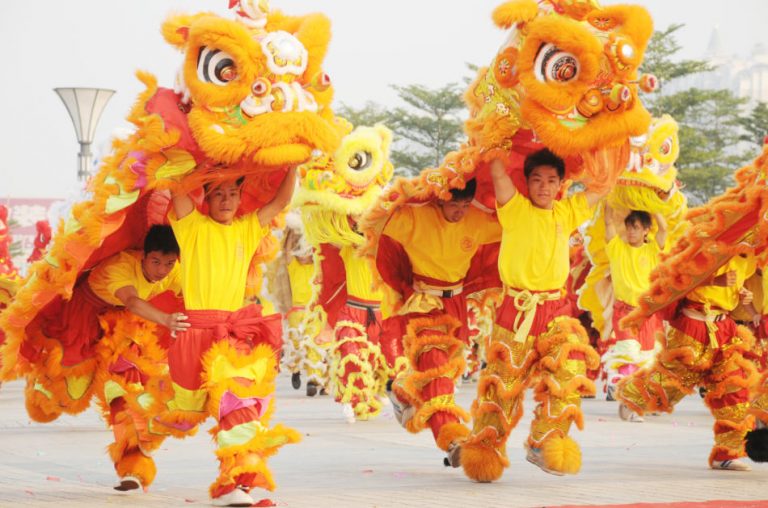 Since the lion was so ferocious and had a bad reputation, the Jade Emperor needed a replacement for the title of 'king of the beasts'. (Image: Donkeyru via Dreamstime)

Lunar New Year is one of the most important holidays in the East, and unlike the Western New Year, it is celebrated on multiple days. February 1st marked the start of the 2022 Chinese New Year, which is the Year of the Tiger — 2022 is the Year of the Water Tiger. Representing bravery, strength, and clearing away evil, the tiger’s origin is a fascinating story.

As the third of the twelve Chinese zodiac signs, the tiger is classified as “yin” according to Chinese Earthly branch theory. According to ancient books, 3-5 a.m. (i.e. “Yin time”) is the time when tigers are the most active and fierce. So how did the symbol of the tiger come about?

In ancient times, among all the animals, the lion was the head of the forest. Since the lion was so ferocious and had a bad reputation, the Jade Emperor, who was in charge of sealing the attributes, wanted to remove the lion from the list, but he needed another animal to control the mountains and forests. At this point, the Jade Emperor thought of the tiger guards in front of the heavenly palace.

Once an obscure animal on earth, the tiger became a warrior in the mountains and forests after learning the 18 martial arts from the Cat Master. Anyone who fought the tiger would be injured if not killed, and from that time forth, it dominated the mountains and forests. Later, when the Jade Emperor learned how brave and fierce the tiger was, he decreed that it should ascend to heaven. After going to heaven, it won a battle with the Jade Emperor’s guards, and from then on, it was the guardian of the palace in heaven.

But soon after the tiger’s departure, the birds and animals on earth saw that there was no one to control them, and they began to act recklessly. Seeing this, the earth gods became alarmed and reported to the Heavenly Court, asking the Jade Emperor to send a representative to control the beasts. The Jade Emperor decided to send the tiger back down to earth, and in return, the tiger asked for a credit for each victory he would have. The Jade Emperor only wanted peace on earth, and so he agreed to its request.

After coming to the mortal world, the tiger learned that lions, bears, and horses were the three most powerful animals at that time, and challenged each of these three animals to a battle. With the tiger’s bravery and superb martial arts skills, it defeated the lion, bear, and horse in succession, one after another. When the other beasts saw this, they fled together to hide in an uninhabited forest. Overjoyed by the peace the tiger brought among the animals, the people thanked him for his service to the world.

Back in heaven, the Jade Emperor was very pleased. To symbolize the tiger’s victory over the three beasts, he carved three horizontal lines on its forehead. But its job wasn’t done.

In the Year of the Tiger, the tiger is king

The human world was then disturbed by the tortoise monster in the East China Sea, and the land was covered by the ocean. The tiger once again came to the mortal world and bit the turtle monster in two, killing it. The Jade Emperor was so happy that he gave the tiger a big credit, and added a vertical line to the three horizontal lines on his forehead, creating the character for the word “king” on the tiger’s forehead. From then on, the tiger was known as the king of the animals and was given charge over all the animals of the world. To this day, the word “king” can still be seen on the tiger’s forehead.

After the lion’s bad reputation came to be known in the palace, the Jade Emperor decided to remove the lion’s attribute and title as the king of beasts and assign it to the tiger. From then on, the tiger became the symbol in the eastern lands and the lion was relegated to the far south. Thus, the Year of the Tiger has great significance.

Today, there are tiger talismans, tiger rings, tiger carvings, and other anti-evil objects to prevent disasters. In rural areas, many families also like to give their children tiger hats and tiger head shoes to wear. This is for good luck, to avoid evil, and to bring peace during the Year of the Tiger.