Careful: There Is Always Someone on a Higher Level Than You! — Part 1 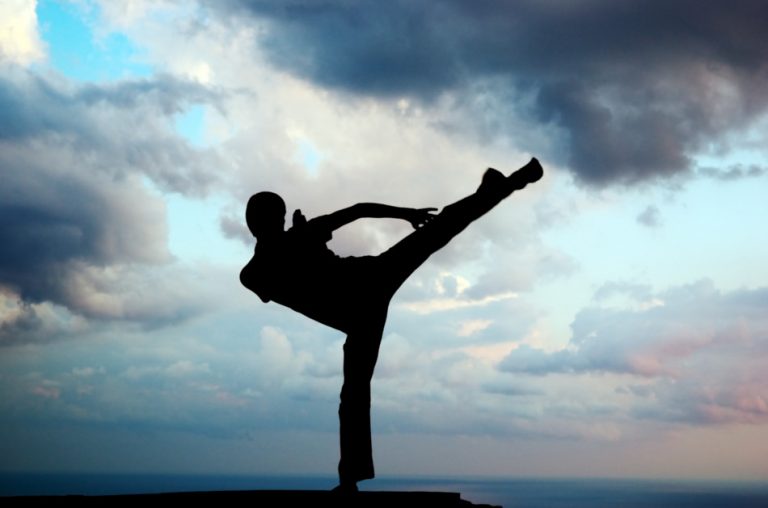 In Jing’an, there was a person named Shu Si. He had always been fond of boxing and martial arts since childhood. He studied with several different masters, but he gave up every practice halfway through because he could not grasp the higher level essence of the arts.

Later on, he heard about the fame of Master Gan Fengchi, so he left for Jinling City, (now known as Nanjing), the ancient capital of the Six Dynasties, to study martial arts with him. Legend says of Gan: “With his internal powers, he could dissolve a metal container held in the palm of his hand and the water in the container would flow through his fingers.”

One day, Shu Si followed his new teacher with the other students on an outing along Jinling’s streets. As they walked down the street, they came across a woodcutter carrying a large bundle of firewood. A branch from the firewood accidentally ripped through the shirt of one of Gan Fengchi’s students.

The woodcutter turned around and saw that the man’s shirt was torn. He felt sorry and quickly apologized. During that time, Gan Fengchi was of old age and he became irritable and bad-tempered all too easily.

Gan Fengchi raised his hand and slapped the woodcutter on the face. The woodcutter put down the firewood and said to Gan Fengchi: “Gentleman, you are so unreasonable! My firewood accidentally cut your man’s shirt, and it was not intentional. Besides, I have already compensated you, right? I have already apologized. Why do you still hit me?”

Gan Fengchi took insult at the woodcutter’s response. With the strength of his palm, a slap in the face would have knocked any opponent to the ground, but the woodcutter did not even flinch.

Seeing that the woodcutter dared to talk back to him, he became more heated and bad-tempered and raised his fist to hit the woodcutter again. Surprisingly, before Gan’s fist reached the woodcutter, he himself fell to the ground with a thump. Gan Fengchi’s students were both startled and taken aback. They dared not move forward until they saw the woodcutter pick up the firewood and leave.

When Shu Shi saw the encounter unfold right in front of his eyes, it opened up his horizons. Through their display, the foundation and cultivation difference between the two masters (Gan Fengchi and the woodcutter) was obvious and it could be seen that there is a big difference between the sky and the mud, the higher level and lower level kung fu.

After the other students picked up Gan Fengchi, they left, while Shu Shi quietly turned around and hurriedly chased in the direction of the woodcutter. After a while, Shu Shi saw the figure of the woodcutter who was walking ahead, so he followed slowly, not too far and not too close. The woodcutter finally left Jinling City and walked a few more miles before he arrived at a remote small mountain village. There was a dilapidated thatched hut at the head of the village, and the woodcutter put the firewood outside the door and went in.

Shu Shi quickly stepped forward, and when he reached the door of the hut, he knocked, knelt down, and at the same time, loudly begged the woodcutter to accept him as his student.

When the woodcutter heard a loud sound, he was surprised to see a man kneeling at the door, so he asked: “Who are you?”

Shu Shi replied: “It was my teacher that you knocked down to the ground just now. My name is Shu Shi. I know that your kung fu is a higher level than that of my teacher, so I left him to join you, wanting to pay my respects and bow to you as my teacher.”  The woodcutter did not say a word, just sneered a few times, closed the door, and did not come out again.

Shu Shi would not give up

Shu Shi did not give up and wandered about outside the woodcutter’s hut. At this time, a man came out from a neighboring house. Shu Shi hurriedly went forward to chat with the man and inquired about the woodcutter.

The man told Shu Shi: “This is a new household. They have just moved in from another place, and we do not know what their family name is. The son is very filial. He goes out every day to chop wood, and exchange it for food for his old mother. There are only two of them in this household.”

After Shu Shi had finished listening to the man, he thanked him and went back to the city. Early the next morning, Shu Shi returned and hid behind some bushes not far from the woodcutter’s hut. He watched wide-eyed for any movement from the hut. After a while, the woodcutter came out with a machete and rope and left to chop wood.

When the woodcutter was far away, Shu Shi got out from behind the bushes and came to the hut. He first bowed to the woodcutter’s old mother, and took out 100 taels of silver from his satchel, saying that it was a gift for the elderly lady’s birthday. Although the woodcutter’s mother was old and her movements were slow, she was not confused. She watched this stranger come into her hut, bow to her, and then offer her 100 taels of silver. She was greatly surprised and refused to accept the silver.

Shu Shi related to her about his life experience and the purpose of his coming there. He begged the old lady to intercede for him so that he could pay his respects and bow to her son (the woodcutter) as his teacher. The woodcutter’s old mother was finally moved by Shu Shi’s sincerity and agreed to help him.

When the woodcutter returned from his work, the mother told him about Shu Shi’s sincerity. The woodcutter, being a filial son, after hearing what his mother had to say, finally changed his mind. He told Shu Si: “Although I have some skills, I will try my best to impart my skills to you, but you cannot call me ‘teacher.’ You and I will only address each other as brothers in the future.” Shu Shi nodded in agreement.