Have Giants Ever Existed on Earth? 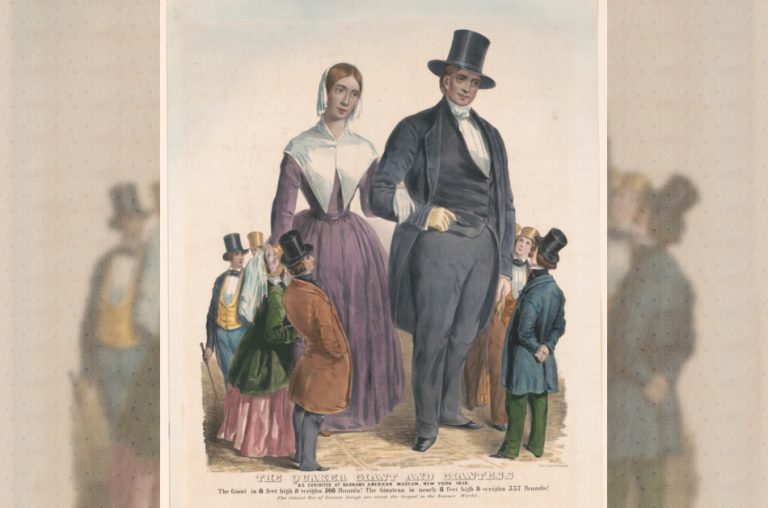 We know about very tall humans from the past, but could giants have actually lived on Earth as well? (Image: Public Domain via Wikimedia Commons)

You may have read about creatures that resemble humans but are way too big in stature in fairy tales. Numerous fantasy movies have been made that include such creatures and their worlds. You may also recall poems like The Giant Toy by Adelbert von Chamisso mentioning them. However, have you ever thought about whether or not such giants may have actually existed on the Earth?

Some people who are extremely tall become so owing to hormonal disorders. They experience an excessive generation of growth hormone. The tallest man ever recorded was Robert Wadlow, who was 8 feet, 11 inches tall. These are exceptional cases.

However, there is a section of anthropologists who say that some subspecies of ancient humans grew as tall as 7 feet, but there are views opposing this theory. Most ancient human species were shorter than present generation humans. The same can be said about the Neanderthals. Some think the giants in our human lineage can be traced back to primate ancestors. There was a giant ape species named Gigantopithecus blacki that was 10 feet tall.

For centuries, scientists and researchers have tried to find out the truth behind the legends of reclusive gigantic human-like creatures living in secluded caves and forests. Some folklore describes such fictional giants as being hostile toward humans. If you check out ancient mythology, you will find giants of varying types. This is evident in Greek mythology and fiction. Hercules and David are described as giant killers. While the myths are amazing to read, the proof of these stories actually being true is scarce.

Giants in the Sumerian civilization

The most credible account of giants inhabiting the Earth was found in the annals of the Sumerian civilization. This civilization thrived in the early Bronze Age. The carvings and statues of the Sumerians depict these giants as gods. The Babylonian tablets denote these kings or gods possessing extensive knowledge of the prevailing solar system. The origin of these giants is not very clear though. They are referred to as gods, but theories linking them to alien species who visited Earth also exist.

Noted environmental scientists like Dr. Carl Baugh think there is a chance of giant human-like creatures inhabiting the Earth in the ancient ages. It may be that the “Great Flood,” which wiped out many animal species from the planet, led to the extinction of such giants. The large stature of most prehistoric creatures supports this theory. Scientists are not sure about the time humans first appeared on the planet. So there can be a chance of giant human-like creatures walking on the Earth in the past.

There are some other theories that corroborate the claims of giant humans inhabiting the planet in the past. The huge megalithic ruins found in many parts of the world could have been built by such giants, a section of archeologists thinks. It is still not clear how such monuments and statues could be built several thousand years ago, when technology was nowhere as advanced as it is now. One possibility is that humans were gigantic in size and so they could build such massive structures without hardships.

Some mummified remains of giants have been found by archeologists and these belong to the ancient era. Stephen Quale, who wrote Genesis 6 Giants Master Builders of Prehistoric and Ancient Civilizations, said that in various parts of the U.S., underground tunnel dwellings were discovered with giant skeletons. In 1891, an excavation in Arizona revealed a huge stone coffin containing a 9-foot tall skeleton. Similar ancient era giant skeletons have been found in many other places as well. However, the remains were found in a dust-like form.