Careful: There Is Always Someone on a Higher Level Than You! — Part 2 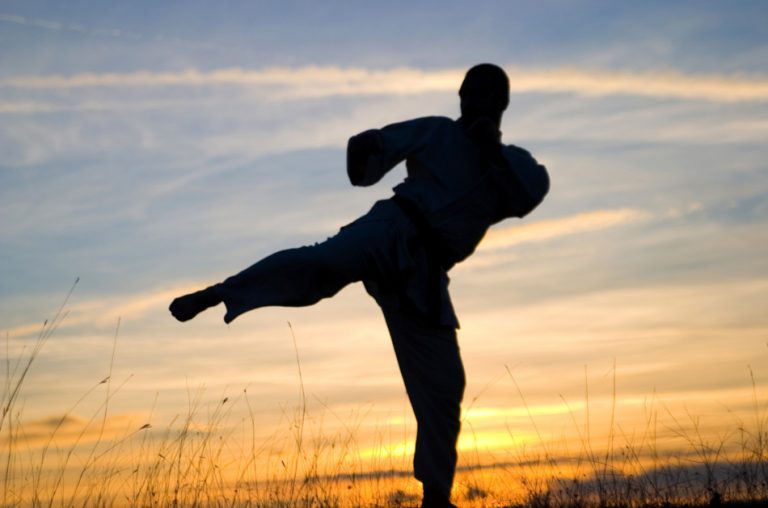 Those with great martial arts skills who are humble have learned that there is always someone on a higher level. (Image: Constantin Opris via Dreamstime)

In Jing’an, there was a man named Shu Si. He had always been fond of boxing and martial arts since childhood. He studied with several different masters, but he gave up every practice halfway through because he could not grasp the higher level essence of the arts. One day, a chance encounter with a woodcutter opened up his horizons.

The woodcutter led Shu Si to a place not far behind his hut. There was a high and steep, stony, slope with a deep and narrow wheel-rut-marked track. There was also a huge pile of armor that was actually a wheel covered with metal. The woodcutter told Shu Shi to lift the armor. It took Shu Shi a lot of effort to lift it up.

The woodcutter kicked the heavy armor with his feet, pushed it up the slope along the track, and reached the top of the slope in no time. He repeated this up and down movement a dozen times before stopping. When Shu Shi saw that the woodcutter’s expression did not change and that he did not feel breathless but rather at ease, he greatly admired the woodcutter’s skills.

The woodcutter said to Shu Shi: “One’s muscles and bones need to be exercised regularly, otherwise, they will weaken. If you want to practice martial arts, you must first master the basic skills.”  After that, Shu Shi was told to practice moving the heavy armor up and down the slope every day. Before Shu Shi started his practice, the woodcutter gave him a type of prescription to strengthen his body.

After a period of time, Shu Si’s strength increased greatly. The woodcutter then began to teach him martial arts qigong. Under the woodcutter’s guidance and teaching, Shu Shi practiced diligently and quickly mastered the basic essentials. Shu Shi’s body became as hard as steel, and anyone raising a stick to hit him would fall to the ground. Later, Shu Shi learned from the woodcutter the belly kung fu, which is a type of technique for climbing walls or beams without falling.

Some years later, Shu Shi mastered all the skills of the woodcutter, so he bid farewell to the woodcutter and went to Yuzhang City (the ancient city of Nanchang) to earn a living. Although Shu Shi already possessed rare and complex skills at the time, he remained very humble in dealing with others, and he was never arrogant or a bully. Soon, there were rumors that Shu Shi’s kung fu was quite powerful, and that no one in Yuzhang City could match him, though many people disbelieved it.

A serious test soon manifests itself

One day, a group of strong young men in Yuzhang City got together to discuss how to test Shu Shi’s true skills. They met with Shu Shi and explained their purpose.

Shu Shi smiled humbly and said: “All of you are well-known warriors in the city. What abilities do I have to dare to compete with you all?” He did not want to fight them, but the group of men were holding on to him and wanted him to show his skills.

Shu Shi could not avoid them, so he said: “Although I have learned some martial arts, they are really not worth showing. This time, I have the opportunity to get your advice and to improve my skills!” After saying so, he and all the strong men went to an open space on the outskirts of the city.

After the brawny men finished showing their skills, they unanimously demanded a contest with Shu Shi. Shu put his hands on his hips and said: “Well, I’ll just stand still like this. Whoever wants to compete with me, use your fists and feet to hit and kick me!”

As soon as the iron rod reached Shu Shi, Shu gently grabbed it with his hand and snatched the iron rod from the strong man. Shu Shi’s face changed suddenly and he shouted loudly: “What are you doing? Do you want to kill me?!” Then he took off his shirt and shouted: “Come on! Come on! Hit me together! I’m not afraid!”

The brawny men raised their fists and, holding sticks, one after another they started to attack Shu Shi in unison. Shu Shi stood still. The fists and sticks of the strong men could not touch Shu Shi, but all of them were bounced several feet away by an invisible force from Shu Shi’s body and they fell to the ground.

One of them, who did not fall down, jumped and gave a flying kick at Shu Shi’s body when Shu Shi was not paying attention. Just as the guy’s toes touched Shu Si’s body, he felt as if he was kicking a stone, and was bounced back more than 10 feet away. He fell to the ground, and his feet immediately swelled up.

This time, all the strong men were afraid. They got up from the ground and knelt in front of Shu Shi, begging him to spare them and also not to spread the news of their defeat so they would not lose face. Shu Shi laughed loudly and said: “I practice martial arts purely to build up my own body, and I never want to compete with anyone. Rest assured that of today’s events, only Heaven and Earth will know. Other than you and I, no one else will know!” The strong men highly admired Shu Shi’s gentlemanly manner and magnanimity. After that, Shu Shi’s reputation grew far and wide!