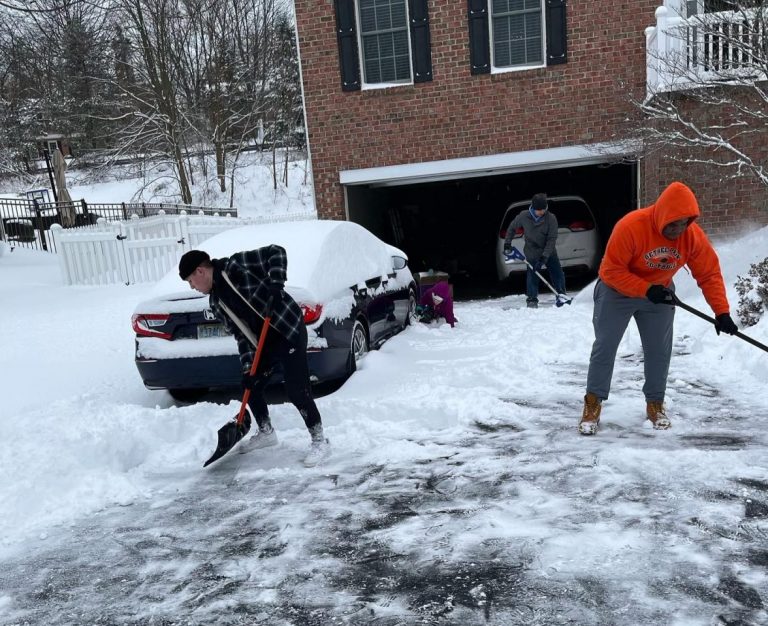 Instead of lifting weight in the school gym, Bethel Park High School Head Coach Brian DeLallo instructed his players to pick up shovels and help out their neighbors. (Image: via Facebook)

The residents of Bethel Park, Pennsylvania, in the U.S. recently had the luck of getting the tedious task of shoveling snow done by a group of high school weightlifters.

The teammates were asked by their coach to shovel snow when their exercise session was canceled by bad weather. As news of the weightlifting team’s efforts to shovel snow spread, folks in the community praised the team and coach for their kind efforts.

‘Find an elderly or disabled neighbor and shovel their driveway’

Instead of lifting weights in the school gym, Bethel Park High School Head Coach Brian DeLallo instructed his players to pick up shovels and help their neighbors out. “Due to expected severe weather, Monday’s weightlifting workout has been canceled,” he wrote in a message to his players. “Find an elderly or disabled neighbor and shovel their driveway. Don’t accept any money — that’s our Monday workout.”

David Shelpman and Aidan Campbell, who live in the same neighborhood, took their coach’s assignment seriously.

“I grabbed some shovels and drove over to pick up Aidan, and we spent the next eight hours shoveling driveways and sidewalks for people that we knew couldn’t do it for themselves,” said Shelpman, an offensive and defensive lineman for the Bethel Park Black Hawks.

“It was a fun way to spend the day. We just kept going until we’d done six houses. We even skipped out on having lunch. It made me feel like I was a part of something bigger than myself.”

Braedon Del Duca — a guard for the Black Hawks — also shoveled out five houses with two of his friends, Colton Pfeuffer and his brother, Tanner Pfeuffer.

“I like helping other people, and I love the snow, so it was fun to get a workout outside,” the 16-year-old Shelpman said. “It was cool to see how happy people were when we showed up.”

He explained that helping elderly and disabled residents dig out after snowstorms is a Bethel Park tradition that goes back two decades. “My dad went to school here, and he also used to shovel snow around the community,” he said. “Whenever there’s a snow day, it’s just what you do when you’re on the football team.”

While he’s received a flood of praise online for teaching his players the importance of community service, DeLallo clarified that the “shovel day” ritual originated in 2002 when former head coach Jeff Metheny — who is now retired — first implemented it.

“The tweet received a lot of attention, but honestly, this is nothing new. Former coach Jeff Metheny started it, and I am just carrying on that legacy,” DeLallo said.

“Also, many other area schools also do things just like this all the time. That is part of what makes coaching in Western Pennsylvania so special: the opportunity to help shape so many genuinely good kids who have been raised right by their families.”

According to district officials, about 40 players — including some eighth graders — put on their snow gear to shovel snow from more than 100 homes throughout the municipality. They reportedly even went back out in the afternoon to clear off some more sidewalks.

Robert Klein, one of the homeowners who had his driveway shoveled, commended the students for their efforts. “I have lived in Bethel Park for more than 40 years now. And acts of kindness like this are exactly why I have stayed for as long as I have, and why I will never leave,” Klein said.

“These young men have no idea how much something like this means to me, and it makes me so proud to live here.”