Wary of China, Indonesia Builds Up Its Navy and Air Force 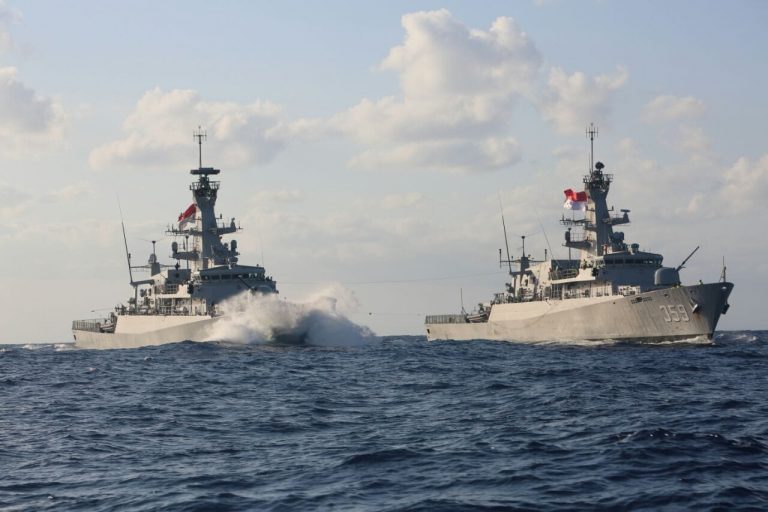 Beijing's rising focus on its Navy and Air Force enhancement has prompted the Indonesian government to revamp its maritime fleet and Air Force. (Image: via Wikipedia)

Beijing’s rising focus on its Navy and Air Force enhancement has prompted the Indonesian government to revamp its maritime fleet and Air Force. As a result, the country’s military will be better positioned to thwart Chinese incursions into its Exclusive Economic Zone (EEZ), which spans over 200-nautical-mile along its maritime border.

In the last few years, The country’s Coast Guard and Navy have found foreign vessels in its EEZ on several occasions. Many of these intruding vessels are from China, and its flurry of naval challenges has prompted the country to enhance its maritime might.

While China is not the only country to violate its EEZ, China’s maritime missions have become covert and increasingly aggressive. This has also enhanced U.S. naval presence in the area as the United States and Indonesia recently commemorated 70 years of diplomatic relations, a partnership that has often involved the maritime domain.

The Indonesian President is the commander-in-chief of the Armed Forces. In 2021, it comprised approximately 395,500 military personnel, including the Indonesian Marine Corps, a branch of the Navy.

The Indonesian Armed Forces were formed during the Indonesian National Revolution when it undertook a guerrilla war and informal militia. As a result of this and the need to maintain internal security, the Armed forces, including the Army, Navy, and Air Force, have been organized along territorial lines, defeating internal enemies of the state and potential external invaders.

Under the 1945 Constitution, all citizens are legally entitled and obliged to defend the nation. Conscription is provided for by law, yet the forces have maintained mandated strength levels without a draft. Most enlisted personnel are recruited in their home regions and generally train and serve most of their time in units nearby.

Beijing has never shied away from making its presence known in the South China Sea. However, the U.S. is also in no mood to let China go unchecked in this strategic zone. As a result, the USS Essex amphibious assault ship and USS Carl Vinson aircraft carrier appeared near the disputed Spratly Islands.

Last year, a Chinese survey ship spent seven weeks near a gas exploration rig within Indonesian waters, and armed coast guard cutters accompanied it. This has made the Indonesian government increasingly concerned regarding China’s motives.

The country currently has Sigma-class and Van Speijk-class frigates, along with a fleet of 24 corvettes. However, Prabowo Subianto, the Defense Minister, has said that the naval strength of the country needs a boost.

Indonesia already has Russian Sukhoi Su-27/30s and Lockheed Martin F16s in its fleet of aircraft. Therefore, it will depend primarily on foreign loans to deploy its ambitious modernization program worth US$125 billion. The modernization program is expected to take up to 25 years. Prabowo said earlier that the defense systems are dated and getting them replaced is necessary.

The government is also working on a deal with Japan, under which a handful of Mogami-class multi-mission frigates will be acquired. Eight such stealthy frigates will be bought for US$3.6 billion. Japanese firms Mitsubishi and Mitsui will deliver four of these vessels. PAL will build the remainder. The country’s previous naval acquisitions occurred in 2014. At that time, it acquired three F2000 corvettes from Briain’s BAE Systems.