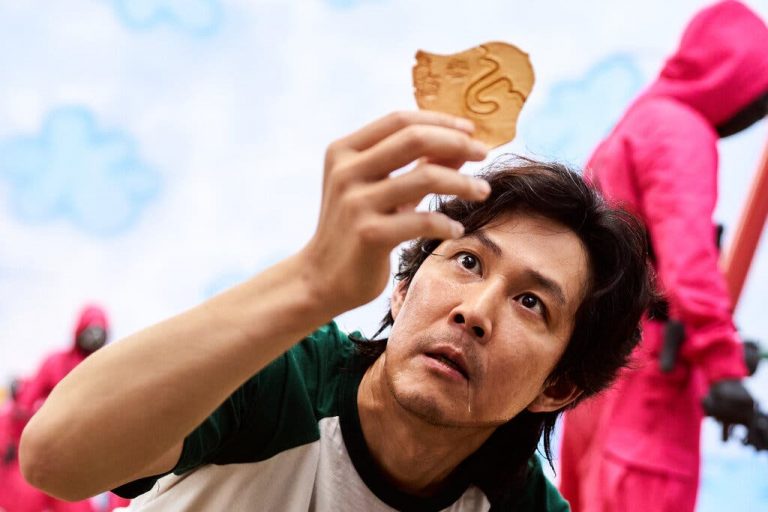 Some people believe that this was not entirely unexpected because some TikTokers started the trend; however, TikTokers are known for creating new trends to keep their followers entertained. So it was not surprising that they would somehow find something ‘trendy’ in Squid Game.

The honeycomb candy is made using sugar and baking soda. The candy is well known in Korea. However, from the beginning of the pandemic, dalgona coffee became a rage. However, the Squid Game toffee is set to overshadow the popularity of the coffee.

Squid Game viewers were impacted after watching the 3rd episode titled The Man With the Umbrella. The contestants were seen playing a childhood game with a terrifying twist! The players had to carve out a shape using honeycomb design frames. Any error in candy-making will lead to death. The candy, however, became a craze with the survival game series fans.

Dalgona candy took off on TikTok

Hwang Dong-hyuk, the creator and director of Squid Game, said he kind of guessed the candy might become a hit with the viewers. But the dalgona candy craze took off when it caught up with TikTok users.

On TikTok, users tried making the candy and sharing recipes with others. However, the food vloggers were interested in playing online games based on the snack. They try to shape the cookies within a time frame, usually 5 minutes. No matter what shape is chosen, they must ensure the cookie does not break at the sides eventually. If they succeed in making a well-shaped cookie, they get prizes.

While the candy isn’t exactly a creation of Squid Game, the latter led to its popularity online. It has been made in South Korea for years. Street vendors have been offering it since the 1960s. So Squid Game served as the catalyst for reigniting the interest in the candy. After the Netflix show, street vendors selling the signature cookies are delighted.

Dalgona candy tastes much like honeycomb — sweet, bitter, and nutty at the same time. It melts in the mouth soon. The candy was named after a Seoul-based group of candy makers called Segyero Dalgona. Before the pandemic, sales were lackluster, but after the Netflix show, things changed drastically.

Vendors sell 400 to 500 candies every day, up from a few dozens. Ahn Yong-hui, a stand owner, said: “Before the Squid Game, there weren’t many customers on the street because of the pandemic, so sales dropped significantly. Compared to then, sales increased by five times, and maybe up to seven or eight times.”

Some buyers are happy about experiencing nostalgia. Jung Young-Ran, a writer in his 50s, said: “Dalgona takes me back to my childhood in the 1970s when I had candy every day. My favorite shape back then was a star, and children weren’t allowed to use needles to carve out the shape. That was considered cheating.”