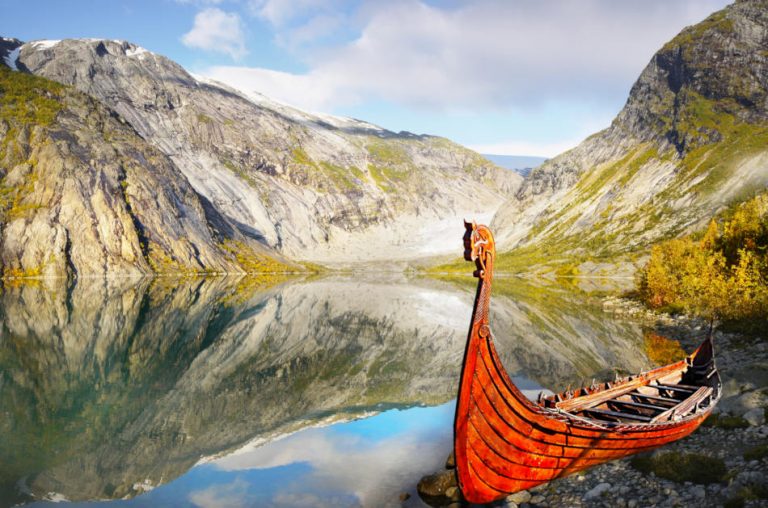 Vikings are mainly known for their military might and their boating skills, but that does not mean that they were not good at winter sports. (Image: Helena Bilkova via Dreamstime)

The Vikings were known for their quests for conquering new territories and penchant for gory warfare. They explored Northern Europe for three centuries, and many tales have been written about their conquests. However, they were not just bloodthirsty marauders. To relax, they indulged in skating and skiing.

Of course, Vikings are mainly known for their military might and their boating skills, but that does not mean that they were not good at winter sports. Historians believe that Vikings often participated in less-gruesome activities like skiing just to take a chill pill after a season of pillage and swordfights. The ice skates donned by those marauding Norsemen were actually made from bones.

Historians are of the view that in the Middle Ages, skiing was used a lot for both traveling and transportation in Norway and Sweden. However, the Vikings also used skis for hunting. Saxo Grammaticus, a Danish historian, wrote that skis were used by the Norsemen in warfare, too. However, the skis made by Vikings were not as speedy as the modern generation skis. It is assumed that using the bone and wood-based skis, achieving a speed of 8 miles per hour was feasible. This is way slower than what can be achieved through the present generation of metal and Kevlar-based skis.

The ancestors of Vikings were fond of using wooden sticks to slide through snowy slopes. However, Vikings made these winter sports more popular. They mixed skiing with hunting. They loved the sport so much that it features in their mythology. Ullr and Skaði, two Norse gods, loved it and illustrations of the bygone era prove this. The Vikings made skis using wood, mostly birch and pine. They made skates using animal bones, but sometimes iron was also used. It is likely that the Vikings lived in times when there were heavy snowfalls in the winter months.

Excavations and accidental discoveries of Viking era ruins have unveiled examples of such ancient era winter gaming equipment. Noted archaeologist Runar Hole found one such site at the Reinheiman National Park. He was checking out a melted glacier and came across a ski equipped with leather straps. Tests revealed it to be from around the beginning of the Viking age.

The archaeologists have found ancient preserved skis mostly in glaciated mountain passes. However, ice skates have been found all over Europe, including in countries like Sweden and the UK. These skates often had animal fat lubrication. The ancient Vikings used the shin bones of oxen or deer mostly. They picked these bones as they were naturally lubricated.

A 1,300-year-old Viking ski found a few years back took archaeologists by surprise. It was discovered in Reinheimen in Oppland. The amazing thing is, despite the passage of time, the ski had its leather strap-based binding in place. So they were reconstructed easily. Viking arrow sets were also found near the ski. It further corroborates the theory that ancient era Vikings used these for hunting purposes. It is assumed that these skates were tied to the legs of the wearers with leather thongs. They made use of wooden poles to propel through snow-laden slopes.