Zara Rutherford Flew Around the World at 19 Years of Age 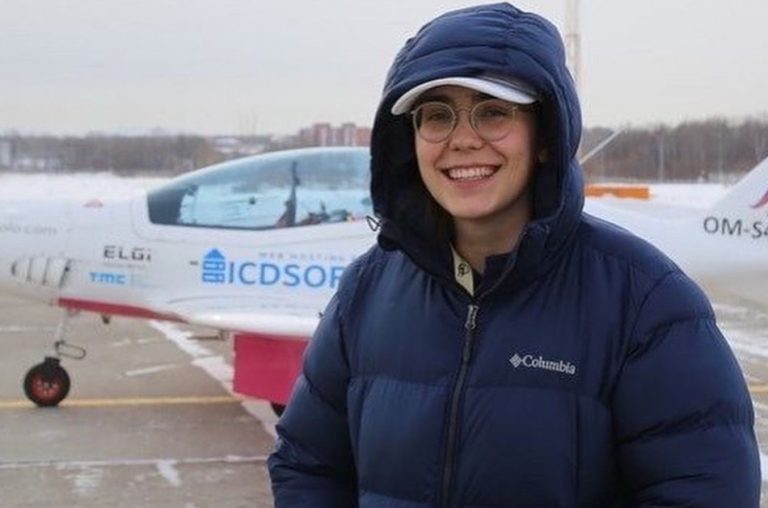 At 19, Zara Rutherford has become the youngest woman to fly around the world solo. (Image: Fly Zolo via Wikimedia)

It is wrong to assume that only men take up challenges like long voyages that require willpower and courage. There are some women who exhibit enormous courage and zeal to accomplish big feats. The reality is some of these women are actually pretty young. One such example is Zara Rutherford. This 19-year-old covered 28,000 nautical miles, spanning five continents in her solo flight. The achievement has not gone unnoticed, and she has been receiving accolades from all quarters. The youngest woman to fly around the world, Zara achieved the feat using a single-seater sports aircraft.

Covering 28,000 nautical miles in a plane is not an easy thing, and neither can it be achieved in a few days! Zara Rutherford took 155 days to cover the distance, but she is delighted that her efforts paid off. The British-Belgium resident was planning to cover the globe via air in three months. However, owing to poor weather and hassles in getting a visa, two more months were required. Zara started her voyage from Belgium in August and used a Shark UL plane. She landed in 41 nations, and in some places, she had to wait for better weather.

Flying is in her blood

While Zara Rutherford’s feat may be stunning, love for aviation is in her blood. Her Belgian mother is a recreational pilot and her British father flies aircraft in a commercial capacity. She herself learned flying at 14 years old.

She undertook the global flight voyage to encourage women to take up aviation as a career. She extended her support to a couple of charities, namely Dreams Soar and Girls Who Code. Zara Rutherford could not tour the places where she landed owing to COVID-19 restrictions. However, she is happy as she witnessed the amazing natural beauty of the places she flew over. Sometimes, the kindness of strangers in these countries touched her heart.

Many obstacles but she overcame them all

During her long journey Zara Rutherford came across many obstacles but in her view, covering Siberia was the hardest of all as she found it hard to differentiate clouds from mountains. She said: “The hardest part was flying over Siberia — it was extremely cold, and if the engine was to stall, I’d be hours away from rescue. I’m not sure I would have survived.”

When she was in Singapore, her plane came pretty close to a lightning strike. In Alaska, she had to spend a month without flying, and visa woes stalled her in Russia for 41 days. In Greenland, she had to stop after losing radio contact. The North Korean airspace had to be detoured, and she made a landing in California owing to wildfire smoke.

The huge wildfire in Northern California was an unexpected hurdle for her. She tried flying at an altitude of 10,000 feet, but the situation did not improve. She said: “The smoke was building up and up, to the point that the whole cabin stank of smoke, and I could not see anything but a burnished orange color. ” When she was stranded in Crete, Greece, Zara pondered about the fickleness of fate. She realized that people living in areas like Russia or Greenland do not get safety nets.

Zara Rutherford broke the record set earlier by Shaesta Waiz. Previously, she was the youngest female pilot to circumnavigate the globe at the age of 30. The two women actually met, and Zara was encouraged by Waiz during a stop she made in Florida.