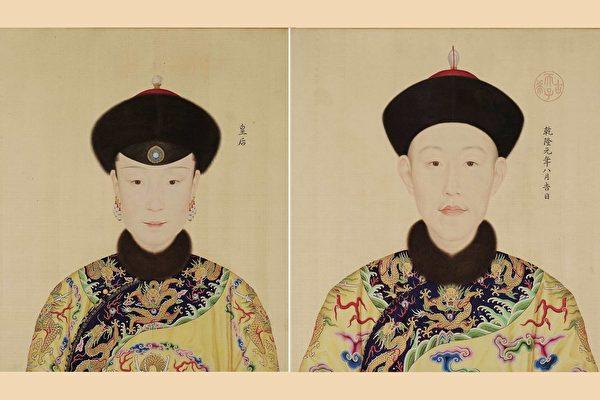 Empress Xiaoxianchun, or Lady Fuca (1712-1748), was one of the three most well-known empresses in the history of the Qing Dynasty. Even though she did not have the illustrious political achievements of Empress Dowager Xiaozhuang and the high position of Empress Dowager Cixi, her life of only 37 years nonetheless was virtually perfect. Therefore, she was highly respected as the first “Sage Empress of the Qing Dynasty.”

Born into the Fuca clan of the Manchu Bordered Yellow Banner, Lady Fuca was one year younger than Qianlong. She was from a distinguished family. Her grandfather, father, and uncle were all important officials trusted by the emperors during the reigns of Kangxi, Yongzheng, and Qianlong. She was highly respected, noble, dignified, and virtuous.

At the age of 16, when Lady Fuca participated in the selection process for consorts, Emperor Yongzheng glanced at her and designated her as the primary consort for his son, Hongli.  After Hongli was enthroned as Emperor Qianlong, Lady Fuca was installed as the Empress of the central palace, taking the name of Xiaoxianchun. In his poem, Qianlong complimented his wife for her “graceful appearance,” not only her outer beauty but also her inner beauty as well.

Empress Xiaoxianchun was Qianlong’s spiritual confidant. She accompanied him to recite poems, paint, go boating, and play the zither. She listened patiently to his heart, understood what he wanted, shared joys and worries with him, and did her best to help him achieve what he desired.

Emperor Qianlong took in many beauties. However, out of all of them, the only one he loved most was Empress Xiaoxianchun. After Qianlong ascended the throne, he gifted her with the Changchun Palace of the Forbidden City and renamed it Changchun Xianguan of the Summer Palace. Qianlong once said: “Not seeing the Empress for one day is like not seeing her for three months.” This showed his deep affection for her.

As a mother, Empress Xiaoxianchun was unfortunate. In eight years, she lost two beloved sons. Of her four children, she lost three who died prematurely during childbirth. These successive blows made her deeply sorrowful and grief-stricken; consequently, she fell seriously ill. Three months after the death of their youngest son, Empress Xiaoxianchun, together with Qianlong and Empress Dowager, toured Shandong in the east.

On the way back to Beijing, Empress Xiaoxianchun caught cold chills and eventually died on board the dragon boat in Dezhou. She was just 37 years of age.

He visited his Empress’s grave regularly to pay homage

After the death of Empress Xiaoxianchun, Qianlong was filled with grief. He ordered that the Empress’s possessions be placed in their original position, and this decision was upheld for 40 years. Qianlong would sit on his private chair for long periods in deep thought. Whenever there were essential occasions, he would talk to her, saying: “Our daughter is going to get married.” “Our great-grandson is married.” “We have great-great-grandchildren.”

On the anniversary of Empress Xiaoxianchun’s passing, Qianlong would personally visit her grave every year. However, the last time he visited her grave was when he was 86 years old.

When Qianlong was 80 years old, he visited his wife’s grave and recited a poem: “Each autumn, I can’t help but cry. I am old, and I don’t want to live for a hundred years. My only comfort is that at most I have another 20 years before I will be reunited with you”.

They were together for just 22 years, but Qianlong fondly remembered her for 51 more years.