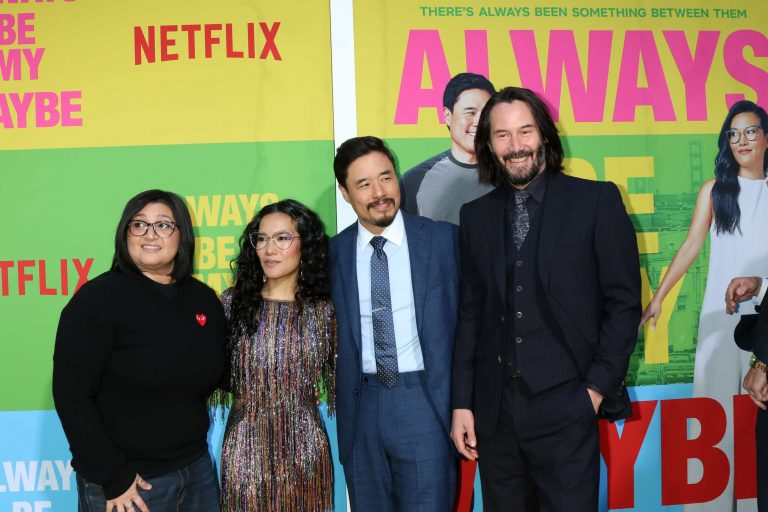 Nahnatchka Khan, Ali Wong, Randall Park, Keanu Reeves at the ‘Always Be My Maybe’ Premiere at the Village Theater. (Image: Hutchinsphoto via Dreamstime)

There is nothing new in the tendency of Chinese nationalists to oppose anything that even remotely touches anti-Chinese views and ideologies, whether it is about border issues with adjacent nations or any individual speaking out against Chinese ideologies. The latest celeb to receive backlash is award-winning actor Keanu Reeves. The John Wick and Matrix actor, a stalwart in Hollywood who has made a name for his philanthropic activities, is now facing the ire of Chinese nationalists.

The actor is now facing backlash from the Chinese nationalists for his support for an upcoming Tibet benefit concert. The Tibet House is a New York City-based global body of non-profit organizations that endorse Tibetan culture. The Chinese Communist Party (CCP) and pro-Chinese entities regard it as a pro-Tibetan independence organization. The concert has been held annually since 1989, and this year it will be held virtually — owing to the pandemic. Mandolin will be used to stream the event. Naturally, anything related to Tibetan sovereignty makes the CCP enraged, and so has this event involving Keanu Reeves.

The Chinese government claims Tibet is a part of the Chinese mainland, while the Tibetans consider themselves under the Dalai Lama. The Dalai Lama negotiated the Seventeen Point Agreement that has been repudiated, compelling him to live in exile in India.

As the news of Keanu Reeves performing at a virtual benefit concert organized by the Tibet House US spread, pro-Chinese became enraged. They are now calling for a boycott of the latest film by Reeves, co-starring Carrie-Anne Moss, namely The Matrix Resurrections.

The concert arranged by the Tibet House US also features many celebs and performing artists, like Trey Anastasio and Patti Smith. However, the enraged pro-Chinese group members took to Weibo, a Chinese social media site, and slammed the actor online. They used harsh terms and minced no words to abuse Tibetan independence supporters.

Some of the Weibo users pointed out the fact that the actor has a mixed Chinese heritage. His grandfather was a Chinese-Hawaiian. Considering this aspect, they argue he should not have gotten involved with the event supporting the cause of Tibetan sovereignty. Some other users even wrote about his fading appeal as a star.

The hostile reaction to Keanu Reeves reflects the aggressive ideology of the CCP and groups supporting its views. Even in the past, prominent actors and celebs like Brad Pitt and Richard Gere were banned from China. The former acted in a film named Seven Years in Tibet, where his character befriended the Dalai Lama. Richard Gere is known for his active support for Tibetan independence. Selena Gomez was slammed after she posed with the Dalai Lama for a picture. The same situation has been faced by several multinational corporations operating in China.

It is hard to say if the ban on the latest film by Keanu Reeves will have any significant impact or not. As it is, The Matrix: Resurrections has underperformed at the Chinese Box offices so banning it will not dent its plunging fortunes much, say movie critics. However, in other markets, it has fared better.

Keanu Reeves has a big fan following in Asian countries, including China, and has earned much at the Chinese box office. Unfortunately, Keanu Reeves or his spokespersons have not reacted to this development so far.