Stories About Tigers in the Year of the Tiger 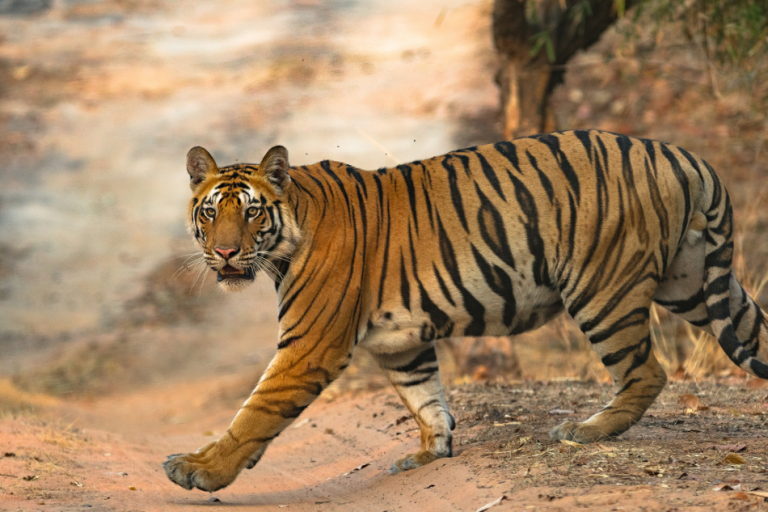 In Chinese, there are many legends involving tigers that have historical origins. (Image: Bernie Catterall via Flickr)

In ancient China, there were multiple stories around the legend “Tigers Keeping the Apricot Forest.” Here, we introduce the Three Kingdoms version.

Dong Feng, also known as Jun Yi, was a Chinese medicine practitioner during the Three Kingdoms period. He lived in the mountain area and gave people medical treatments for free. He only asked the patients he successfully treated to plant five apricot trees if they had recovered from a severe disease or to plant one apricot tree if they had recovered from regular diseases.

A few years later, the apricot trees numbered more than 100,000 and had become a forest. Many birds and animals in the mountain collectively migrated to the apricot forest to live there. Dong built a barn and left a rice scoop there when the apricots were ripening. He told the people who wanted to buy the apricots to put a scoop of rice grains into the warehouse first and then pick the identical amount of apricots by themselves.

If someone placed less rice but took more apricots, three or four tigers would rush out from the apricot forest to chase the dishonest person away. The apricot thief would run off in fear of the tigers, dropping some of the apricots in his hands so they fell onto the ground. After arriving home, that person would find that the apricots he had remaining were the exact same number as the number of scoops of rice he had left at the barn. With tigers guarding the apricot forest, the apricot purchasers restrained themselves and never cheated again.

Dong used the grain he received to help poor people or those in need. He distributed more than 250,000 pounds every year and still had much left. The above is the origin of the Three Kingdoms version of “Tigers Keeping the Apricot Forest.” People praised Chinese medicine and compared it to an apricot forest because of this historical allusion.

Another of the stories from ancient China introduces us to the idea that “if you don’t enter the tiger’s lair, you can’t catch the tiger’s cub.”

In the 16th year of Yongping in the Eastern Han Dynasty (A.D. 73), Dou Gu, a captain in Fengche, led troops to attack the Huns under orders. Ban Chao (A.D. 32-102) also went to war with him and made remarkable achievements. Dou appreciated Ban very much and designated Ban and Guo Xun as his messengers to visit the western regions. For their first visit, Ban selected Shanshan State and headed there with 36 warriors. However, the king of Shanshan changed his attitude toward the mission, going from enthusiastic to indifferent within a few days. Ban speculated that envoys from the Huns must have come, giving rise to the king’s hesitation regarding which side to support.

The Han Dynasty and the Huns were at odds. If the king of Shanshan were to capture Ban and his warriors in order to hand them over to the Huns, they would all surely die. So Ban invited the warriors to have a drink with him so they could discuss how to deal with the matter. The warriors didn’t care about their lives and expressed their willingness to obey Ban’s orders no matter what. Ban told them: “If you don’t enter the tiger’s lair, you can’t catch the tiger’s cubs.” He decided the reward was worth the risk, so they continued on their way to Shanshan. Finally, they presented themselves to the king, shocking him and his people. As a result of their bravery, the king decided to kneel to the Han emperor and sent his son to the Han Dynasty.