‘Fight Club’ Ending Gets a Redo in China 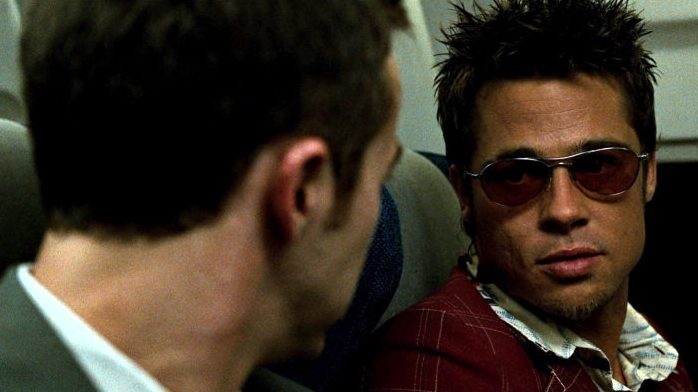 Beijing has banned certain films and forced the makers to alter any content they view as offensive. In a recent development, they changed the ending of the movie Fight Club.

Fight Club is a 1999 American film directed by David Fincher and starring Brad Pitt, Edward Norton, and Helena Carter. It is based on the 1996 novel of the same name by Chuck Palahniuk. Norton plays the unnamed narrator, who is discontented with his white-collar job. So he forms a “fight club” with soap salesman Tyler Durden (Brad Pitt) and becomes embroiled in a relationship with a destitute woman, Marla Singer (Helena Carter).

The classic is now being offered on Tencent Video, a popular Chinese streaming platform. In the Chinese version of Fight Club, the police save the day and thwart the final would-be terrorist act from happening. However, this reveal isn’t done through action on the screen, but it is instead demonstrated with a title card. “Through the clue provided by Tyler, the police rapidly figured out the whole plan and arrested all criminals, successfully preventing the bomb from exploding,” the card reads.

As for our protagonist, the Chinese ending of Fight Club has him sent to a psychiatric facility: “After the trial, Tyler was sent to lunatic asylum receiving psychological treatment. He was discharged from the hospital in 2012.” The scenes in the original were deemed to be unsuited for Chinese culture. The notable thing is a card is shown using the same fonts used in the film to drive home the message.

While fans of the original films were annoyed at the development, there is nothing new about the Chinese authorities using scissors to modify the contents of imported movies and TV shows. China’s strict censorship system checks imported films and TV productions on multiple levels.

Chuck Palahniuk, whose novel of the same name inspired the film, was far from happy and posted a sarcastic Tweet.

Other examples of Chinese censorship

Marvel movies were not allowed in 2021 in China. Earlier, China’s censors cut down three minutes in Fox’s Bohemian Rhapsody. In addition, the scenes dealing with homosexuality involving the character of singer Freddie Mercury were cut. In 2018, Call Me by Your Name, an Oscar-winning movie, was not screened at the Beijing International Film Festival. More recently, Alien: Covenant was edited by the authorities to eliminate a gay kiss scene and some scenes of graphic violence. However, cutting scenes is something foreign films face in many countries, and a changed ending is something else.

However, people importing foreign-origin films to China said the distributor may have altered the ending. According to Variety: “For anyone familiar with how business is done between copyright owners and companies who buy the distribution rights for a certain region, it’s clear that the company who brought the distribution rights for the China market sold this version to Tencent Video. This example is kind of genius. They have added something that was not in the original film, and they’ve done so with lettering in the original font so that it fits in believably. It has to have been done in post-production.” Disney and Tencent Video had no comment.

The original film was released when Brad Pitt’s movies were not shown in China, as the star worked in a movie supporting Tibetan independence entitled Seven Years in Tibet. However, the ban was lifted after the star acted in a movie in 2016 that was funded partly by a Chinese company.