5 Magic Words of Wisdom to Deal With Bullies 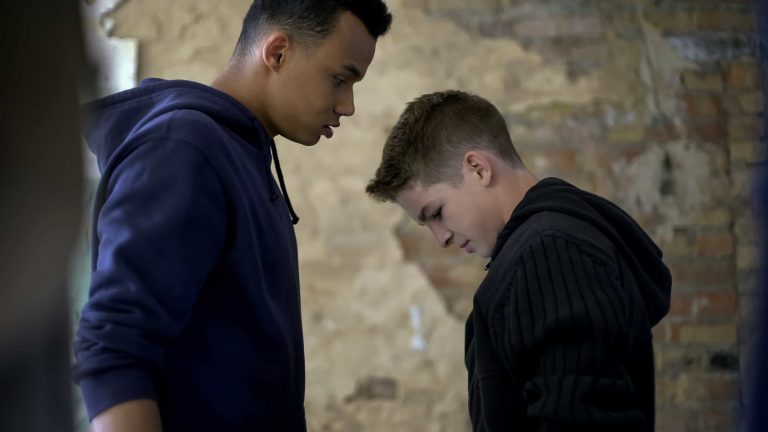 There have always been bullies for as long as there have been social relationships. (Image: motortion via Dreamstime)

There have always been bullies for as long as there have been social relationships. Nowadays, more than ever, there are more ways of being bullied than ever, especially with the internet. So, how does one deal with a bully?

5 magic words to deal with a bully

In ancient China, people followed a 5-word mentality when dealing with bullies. Many people understood that the strength that bullies believe in is a weakness to any sage. As most people in past times believed, it takes more courage to do right than it does to do wrong.

Most people are used to fighting with others to get the upper hand. For example, to be considered the winner, the one whose opinion is correct, or to prove others wrong. To be tolerant means to accept that others have a different opinion or that some people may have a life philosophy and mentality that amounts to being a bully.

Self-restraint was highly valued in the past. But, ironically, self-restraint, like backing down, can only be practiced in the heat of the moment. That means the best teacher of restraint is the person who provokes you. Put into today’s context, it means you have two things to back down from. One is the inner urge to react to the bullying. And two is the action the bully is trying to take to provoke you to respond.

In ancient China, forbearance was one of the pillar characteristics for a cultivator during their arduous cultivation, especially in total isolation or seclusion. So you see, ignoring is more than just turning your head and then gossiping about the bully with your co-workers. Ignoring them is another form of forbearance. It means taking the bully’s actions as lightly as possible and mentally brushing off any accusing emotions you may be bothered by.

Avoiding people or situations may seem contra to the standard definition of “strong.” Usually, people are taught to stand up for themselves. To fight until they win. And it’s true; some things are worth fighting for — especially things relating to human rights, dignity, and universal values. But then again, according to Sun Tzu, the author of the centuries-old book The Art of War: “The supreme art of war is to subdue the enemy without fighting.” So by avoiding a bully, avoiding the reactions and actions that satisfy the bully, you are practicing the “supreme art of war” — so to speak.

Who doesn’t remember a situation where an elderly person may have said: ”Show some respect.” Yes, it may seem that only elderly people of statute deserve respect because of their position, background, or family name. “Respect means that you accept somebody for who they are.” It’s the summary of all other principles above into one mentality.

How do these 5 magic words help you deal with bullies?

There is no theoretical way of explaining how powerful these five magic words in actual practice are when dealing with bullies. I lived above a pair of bullies once. They would spare no opportunity to pick a fight or find some fault to justify their critique. But I never let them get the best of me.  And every day when I saw them, I would greet them with a kind voice and a sincere smile.

On the day we moved out, I knocked at their door and bid them farewell. I thanked them for being my neighbors and welcomed them to let them know they could count on me if they ever needed me. I could see it in their eyes. They were very moved by the gesture, so much so that the husband reached out and shook my hand.  From that day on, they were officially just neighbors, even friends, and no longer my bullies from next door.

What helps is to understand why someone does what they do.

What is a bully?

According to the online dictionary, a bully is “a person who habitually seeks to harm or intimidate those they perceive as vulnerable.”

Why do bullies bully?

By knowing these things and considering them the next time a bully is encountered, you may make a friend for life because you show them and treat them like no one does.

Try the five magic words out and leave a message.

Translated research by Joseph Wu and edited by Hermann Rohr