Where Did Earth’s Water Come From? 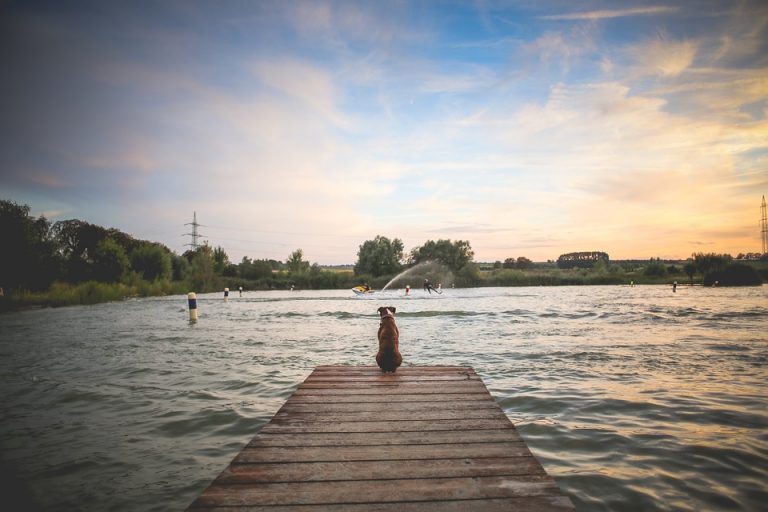 Evidence from the analysis of lunar samples suggest that although the Earth and Moon formed from a giant impact, they mostly retained their primordial abundances of volatile elements, including water. (Image: via Pixabay)

Earth’s water supply is incredibly important for its ability to sustain life, but where did that water come from? Was it present when Earth formed or was it delivered later by meteorites or comets from outer space?

The source of Earth’s water has been a longstanding debate and Lawrence Livermore National Laboratory (LLNL) scientists think they have the answer — and they found it by looking at rocks from the Moon. Since the Earth-Moon system formed together from the impact of two large bodies very early in solar system history, their histories are very much linked. And since the Moon lacks plate tectonics and weathering, processes that tend to erase or obscure evidence on Earth, the Moon is actually a great place to look for clues to the history of Earth’s water.

Even though close to 70 percent of Earth’s surface is covered with water, overall, the planet is a relatively dry place compared to many other objects in the solar system. And the Moon is even drier. Conventional wisdom was that the lack of volatile species (such as water) on the Earth — and particularly the Moon — was due to this violent impact that caused depletions in volatile elements. But by looking at the isotopic makeup of lunar rocks, the team found that bodies involved in the impact that formed the Earth-Moon system had very low levels of volatile elements prior to the impact, not because of it.

Specifically, the team used the relative amount of the volatile and radioactive isotope rubidium-87 (87Rb), which is calculated from its daughter isotope strontium-87 (87Sr), to determine the budget of Rb in the Earth-Moon system when it formed. The team found that because 87Sr, a proxy for the Moon’s long-term volatile budget, was so low, the bodies that collided must have both been dry to start with, and not much could have been added since. Cosmochemist Greg Brennecka, a co-author of the paper, said:

“Earth was either born with the water we have, or we were hit by something that was basically pure H2O, with not much else in it. This work eliminates meteorites or asteroids as possible sources of water on Earth and points strongly toward the ‘born with it’ option.”

In addition to greatly narrowing the potential source of Earth’s water, this work additionally reveals that the large bodies that collided must have both come from the inner Solar System, and the event could not have happened prior to 4.45 billion years ago, greatly reducing the formation window of the Moon. According to Lars Borg, the lead author of the study:

“There were only a few types of materials that could have combined to make the Earth and Moon, and they were not exotic — they were likely both just large bodies that formed in approximately the same area that happened to run into one another a little more than 100 million years after the solar system formed…but lucky for us, they did just that.”

The research appears in the Proceedings of the National Academy of Sciences.