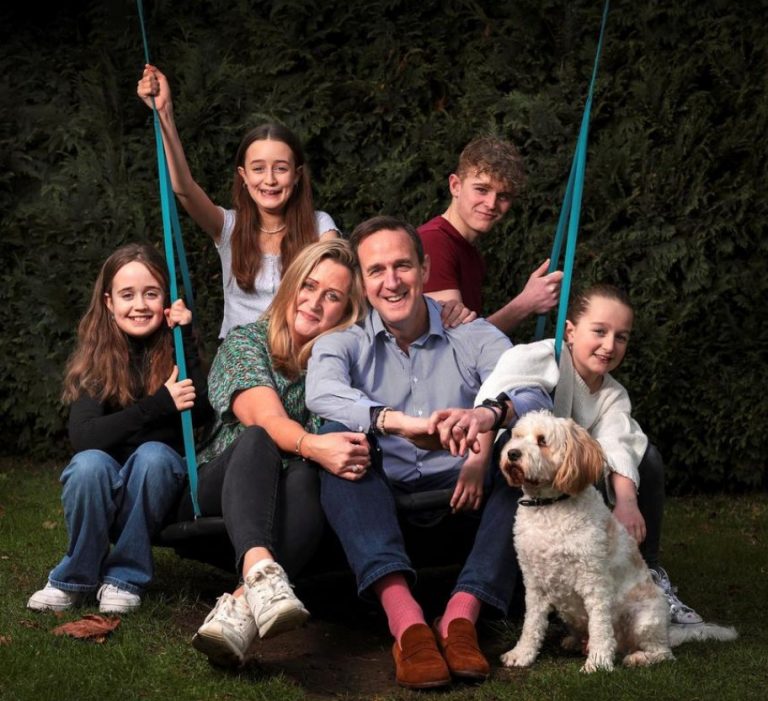 An Irish businessman who was not allowed to leave China for three years has finally been allowed to return home to his family. (Image: Tara O'Halloran via Twitter)

An Irish businessman who was not allowed to leave China for three years has finally returned home to his family. Richard O’Halloran is relieved to be back in his homeland of Ireland with his family. A director at China International Aviation Leasing Service traveled to Shanghai in February 2019. However, he faced repeated hurdles when he wanted to return to his home country. When he tried to leave the country, Mr. O’Halloran was told an exit ban had been placed on his passport.

A spokesperson for the O’Halloran family said: “His family is delighted with the news and is looking forward to Richard’s return home.” They added that he also appears to be in good health.

Richard O’Halloran said it is hard to forget the trauma that his family experienced over the past few years. After reuniting with his wife and four children, he said: “They endured many dark days. But they were always a beacon of light and hope for me, and the hundreds of Messenger calls we had helped me to remain positive. Tara was an incredible tower of strength and kept the show on the road. I am home with them now, and we are all looking forward to getting to know each other again and doing normal everyday family things.”

The Irish Prime Minister and Foreign Affairs Minister expressed their best wishes for his well-being. Ireland’s Prime Minister Micheal Martin said it had been a “difficult journey” for Richard O’Halloran and his family. “Thinking of them today,” he tweeted. Foreign Affairs Minister Simon Coveney said the past three years had been a “traumatic” experience for Mr. O’Halloran and his family. He added his return had taken “many months of work” and he wished them well.

He traveled to China to try to resolve a commercial matter

In an interview with RTÉ Prime Time last year, Richard O’Halloran said he had traveled to China to resolve a commercial matter and to meet investors. He described a fear that he would be imprisoned “even though I was innocent.” He said in August 2020 that he had collapsed and suffered from “acute anxiety and stress,” as well as “sleep deprivation and mental stress” as a result of his detention. He added that his mother, who is in her 80s, did not know if she would see her son again.

The chairman of the aircraft leasing company he worked for, Min Jiedong, was previously arrested on charges of fundraising fraud; however, there was no such charge against Mr. O’Halloran. Still, the Chinese authorities refused to let him return to his home country. They were seeking a full refund of the investor’s wealth in the amount of US$36 million for his return. The Dublin-based company could not repay the amount immediately, but an agreement was reached to repay it through monthly installments.

Considerable efforts by the Irish government to bring him home

Irish government officials put in considerable efforts to bring back the businessman from China and negotiations finally brought results. His Air France flight left Shanghai Pudong Airport and arrived in Dublin the next day after stopovers at Seoul and Paris. Simon Coveney, the Foreign Affairs Minister of Ireland, welcomed the 45-year-old businessman at the airport.

After reuniting with his family, Richard O’Halloran thanked those who played critical roles in ensuring his release. He said: “There was considerable input by several key individuals who were central in helping to arrive at this positive outcome, and it is also important that I take this opportunity to thank and to express my sincere appreciation and that of my family for the incredible support we have received over the past three years.”