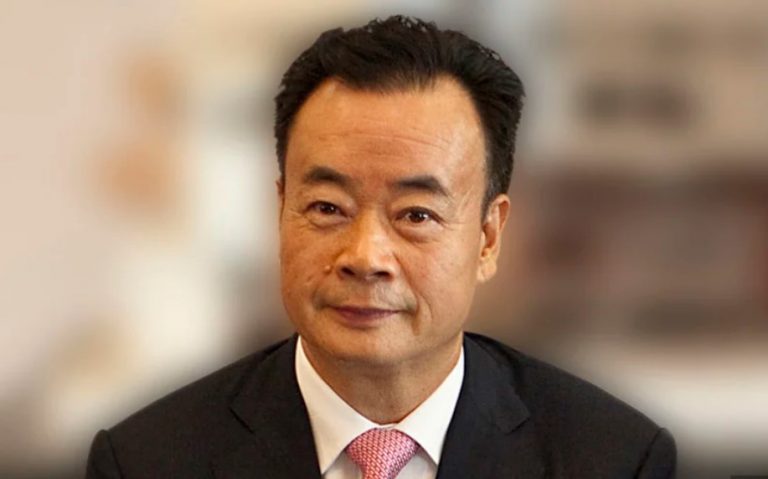 Dr. Chau Chak Wing was named the 'puppeteer' behind a foreign interference plot in Australia. (Image: via TSMH)

“I am reliably informed that the puppeteer mentioned in your case study in your annual threat assessment speech given last week is Chau Chak Wing.” Senator Kitching stated. She followed with, “I believe it to be Chau Chak Wing. Are you able to confirm that it is Chau Chak Wing?”

Senator Kitching’s comments relate to a foreign interference plot to bankroll political candidates revealed by ASIO director-general Mike Burgess in his annual threat assessment speech early in February 2020. Mr. Burgess has declined to name the country behind the operation and whether it was a federal, state, or local election.

Who is Dr Chau Chak Wing?

It is not the first time Dr. Chau has been named in parliament for his alleged links to the Chinese Communist Party. In 2018 Liberal MP Andrew Hastie named Dr. Chau in parliament as closely associated with the Chinese Communist Party’s (CCP) lobbying arm, the United Front Work Department, and alleged he was a co-conspirator in an FBI bribery case.

What is the ASIO and the interference plot?

The Australian Security Intelligence Organisation (ASIO) is Australia’s national security agency responsible for protecting the country and its citizens from espionage, sabotage, acts of foreign interference, politically motivated violence, attacks on the Australian defense system, and terrorism. ASIO is compared to the American FBI and the British MI5. ASIO is part of the Australian Intelligence Community.

Earlier in February 2022, the Australian counter-espionage agency disrupted the plans of a foreign power to influence the Australian elections. According to their findings, an affluent businessman with connections to both China and Australia is behind the interference ploy aimed to secretly fund political candidates to help them get elected.

Director-General Burgess explains that the individual puppeteering the ploy wanted to covertly influence the political scene to benefit foreign power and advance their interests. “The puppeteer hired a person to enable foreign interference operations and used an offshore bank account to provide hundreds of thousands of dollars for operating expenses,” Burgess explained.

Details of the plot included providing generous support, releasing favorable stories, plus other forms of assistance to advance particular candidate political prospects. Unfortunately, none of the political candidates targeted by the puppeteer were aware of the plan at work.

Burgess further added that “The employee hired by the puppeteer began identifying candidates likely to run in the election who either supported the interests of the foreign government or who were assessed as vulnerable to inducements and cultivation.”

The interference plot in Australia comes after earlier warnings this year in Britain and Canada about Chinese efforts to influence lawmakers in those countries, which have made questions about malign influence and election threats more acute.

Government intelligence analysts in the U.S. are beginning to counter foreign threats from China, with the most recent announcement being the appointment of Jeffrey Wichman to the executive of the Office of the Director of National Intelligence. Chief on the agenda for the new executive is creating a common view of what constitutes malign election influence. In 2020, both Republicans and Democrats lamented that the intelligence agencies used different standards to judge Russian and Chinese efforts.

Government intelligence analysts in the U.S. are still assessing how foreign threats from Russia and China are shifting ahead of this year’s midterm elections. But a senior intelligence official said that businesses were increasingly conducting campaigns for foreign nations, efforts “that include information manipulation and the laundering of disinformation narratives.”

The senior official said the growth of those efforts threatens to make the public more vulnerable to manipulation.