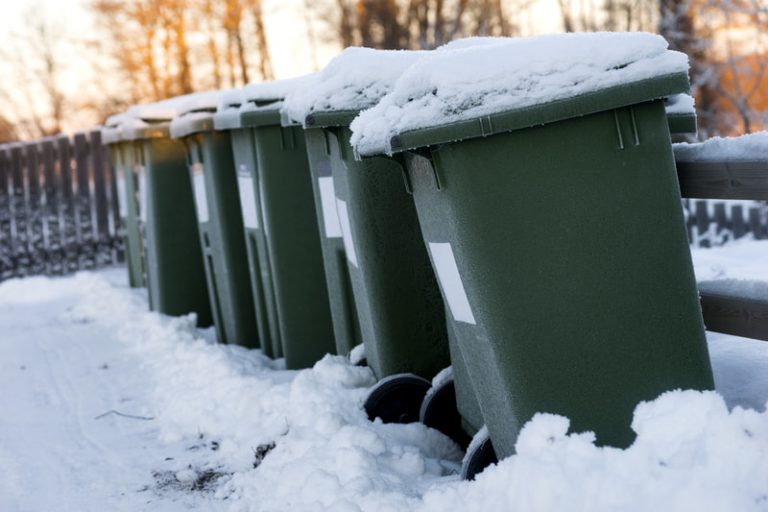 In a neighborhood near Appleton, Wisconsin, garbage cans have been magically returning just outside people's garages the day after they put them out on the street. (Image: Ying Feng Johansson via Dreamstime)

There is something mysterious happening in a neighborhood near Appleton, Wisconsin, where random acts of kindness keep recurring. No one knew who the anonymous stranger was, but one community member decided to find out who was behind it all.

Melody Luttenegger is one of the neighbors who was curious to know how their garbage cans magically reappeared “empty” right outside their garages the following day after taking them out to the street the night before. Someone was undoubtedly doing a good deed, and she went on a quest to find out who that person was.

“It was so strange because all of a sudden our garbage cans were just showing up,” Luttenegger told a local news agency. “We have such a long driveway, and I thought maybe the garbage company is bringing our garbage [cans back].” She also checked to see if other members of the household were doing it. “I asked my husband, and he’s like, ‘No, I’m not bringing the garbage cans up.'”

She was determined to get to the bottom of the mystery and find out who was behind it and her efforts were finally rewarded. Luttenegger, together with her 9-month-old son, Mason, waited in the cold to catch the mysterious person. She shared that it all happened on December 23, the day before Christmas Eve. They even bought a little gift to give to the “mystery man.”

What led to the random act of kindness?

At exactly 8:21 a.m., Luttenegger and her son saw an old man walking up their long and icy driveway dragging their garbage bins behind him. It turns out the mystery man is someone who lives a few streets over.

75-year-old Dick Pontzloff has made it his weekly exercise to bring the neighbors’ garbage cans back from the street as a way to stay active and healthy. It’s just his random act of kindness to his community, and he is not even asking for anything in return.

“When I retired, I got sick of doing nothing,” Pontzloff explains, “so I started going around and picking up garbage cans. Not just certain ones, everyone’s.”

Every week, the retiree rides his bike from house to house regardless of the temperature to perform these acts of kindness. It may be a small thing for him, but it did not go unnoticed.

When Luttenegger met him in her driveway, it was a chilling -2°F, but Pontzloff didn’t mind about that and said that the temperature was not bad. The man has been living in Wisconsin most of his life, so he is used to the cold weather and even mentioned that he always loved winter anyway.

It took the neighbors many weeks before finally solving the mystery behind the magical return of their garbage cans and discovering Pontzloff was responsible. But once they did, they also realized he isn’t expecting any recognition at all. He is doing these acts of kindness solely from the kindness of his heart.

Pontzloff took the opportunity and used his time in the spotlight to remind everyone to be nice to one another. “Just be nice to all people,” he says. “It’s just what you gotta do. Just think, if you were at home and you needed someone for help.”

“For someone random to just do that, it doesn’t go unnoticed,” Luttenegger says. “You know, the kindness that strangers give is an unexplainable feeling.”

It may seem like such a small thing to make a big deal out of, but for Luttenegger and her family, what Pontzloff did definitely made their day. The story is truly amazing and makes you realize that it doesn’t matter how big or small your random act of goodwill is — as long as it is from the heart, it will be appreciated.

The power of kindness is real, as the story above illustrates. Countless examples show how one simple hello or one simple gesture can turn any person’s frown into a smile and make someone’s day.