The Cultural Revolution: An Attempt to Crush Humanity in China 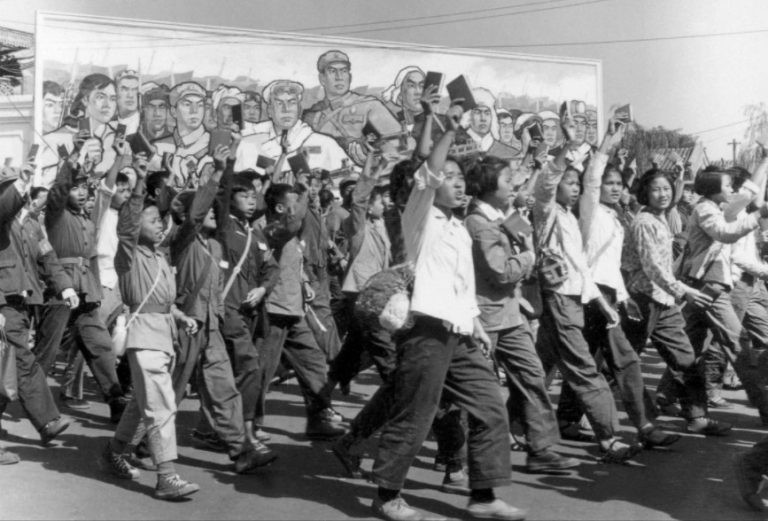 Members of the Red Guards, high school and university students, waving copies of Chairman Mao Zedong's 'Little Red Book' as they parade in Beijing's streets at the beginning of the 'Great Proletarian Cultural Revolution.' (Image: via Public Domain)

The Cultural Revolution began as a campaign against political subtexts in culture in the mid-1960s. It quickly grew into a mass movement of millions of students who targeted the perceived enemies of communism. This movement would cause significant damage and disruption across China for years to come.

The Great Leap Foward was about misery and death

From figures based on access to archives in China, Dikötter said that at least 2 to 3 million of that number were tortured to death or executed during the famine’s four-year-long duration.

Despite the scale of this misery, Dikötter more recently implied that the next political movement orchestrated by Mao, the Great Proletarian Cultural Revolution or Cultural Revolution, was more devastating to the human spirit of the Chinese people.

The Cultural Revolution was a sociopolitical movement in China from 1966 until Mao Zedong died in 1976. Its goal was to preserve Chinese communism by purging remnants of capitalist and traditional culture from Chinese society and re-imposing Maoism as the dominant ideology.

Based on further research, Dikötter estimated that 1.5 to 2 million people were killed during the organized chaos of the Cultural Revolution during the years 1966 to 1976.

“But the point must be that in comparison to Mao’s Great Famine, which took place earlier from ’58 to ’62, that appears to be a rather low figure [of deaths],” Dikötter said in a radio interview with NPR’s Fresh Air.

The Cultural Revolution was about loss

“But the point is that it is not so much death that characterized the Cultural Revolution. It was trauma,” said Dikötter, a professor of humanities at the University of Hong Kong.

“It was the way in which people were pitted against each other, were obliged to denounce family members, colleagues, friends,” he said.

“It was about loss, loss of trust, loss of friendship, loss of faith in other human beings, loss of predictability in social relationships. And that really is the mark that the Cultural Revolution left behind.”

Initially, through radicalized students — known as Red Guards — Mao sought to violently rid China of bourgeois values and any anti-communist elements. Mao and the Party Central also ordered the Red Guards to do away with the “Four Olds” violently, which were old habits, manners, customs, and culture.

It was also about Mao reasserting his power over the Party, which was weakened because of the failure of his Great Leap Forward.

As part of that, different revolutionary groups and factions across China began fighting each other, some over who was following the most correct version of Mao’s ideology. In due course, the People’s Liberation Army became involved.

“In January 1967, Mao orders the army to support what he refers to as the revolutionary left,” said Dikötter

“All of them believing firmly that they speak in the voice of Mao Zedong.”

With the military arming the people with weapons in the spring of 1967, the chaos and violence were heightened as factions fought factions. All of them believed they were on the side of Mao.

“There you see that throughout 1967 but also ’68, there are factions in the countryside that start not just eliminating each other physically, but literally in a couple of small towns they start ritualistically eating each other,” Dikötter said.

“In other words, it is not enough to eliminate your class enemy. You have to eat his heart, so there are very well-documented cases of ritual cannibalism.”