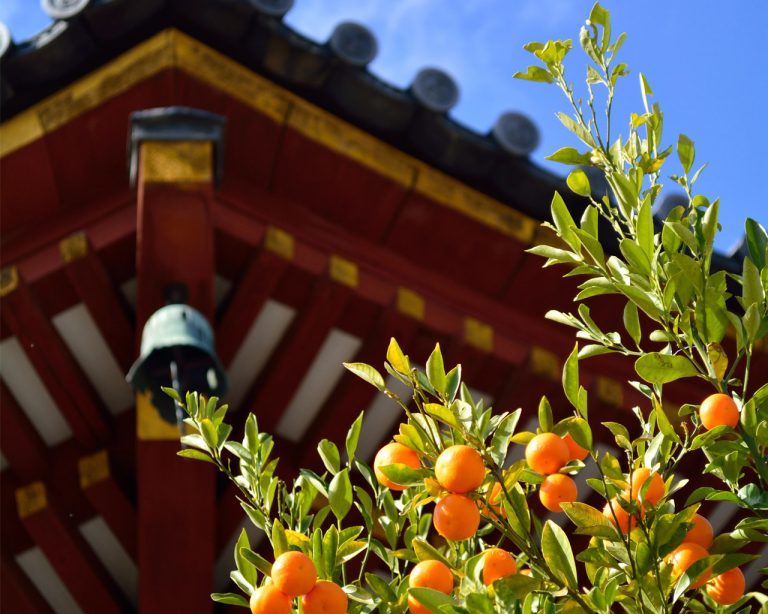 The once forgotten Citrus tachibana is now making a comeback. (Image: Degueulasse via Wikimedia Commons)

In Japan, the variety of flora and fauna can be quite enticing. It is home to several exquisite flowers and fruits that are not so popular outside the country. One such example is the Japanese orange variant called tachibana. It is a citrus fruit that tastes unique, unlike a typical orange that you might buy from the market. These oranges are found growing natively in Shikoku Island in Japan along with some other places. The trees do not grow unless their surroundings are ideal. The trees need well-drained soil, plenty of sun, and warm temperatures.

Scratch the peel of a tachibana and the powerful, zesty fragrance will greet your nostrils. The notes are zesty, spicy, and somewhat bitter. The flesh is largely tart and bitter with a mild, sweet undertone. The burst of flavor is way more intense than what you experience with a lemon or grapefruit. This is among the two native citrus fruits of Japan. The other one, called Okinawan shequasar, is also quite hard to spot. Citrus tachibana has been declared an endangered species by the Japanese Ministry of the Environment.

While the fruit has existed natively in Japan for ages, the strange thing is that many Japanese people have not tasted it. In fact, many of them do not think it is a citrus fruit. Noted citrus expert Akari Hiroi says: “I’ve seen tachibana before, but they were always ornamental. We usually encounter them in their flower form, rather than as a fruit to be eaten out of hand, so we tend to think of it as a plant.” (Atlas Obscura).

However, the encouraging thing is that some Japanese people are trying to preserve the fruit and grow public awareness about it. Kenji Jō, a former bank employee now Nara Tachibana Project’s chairman, is one of them. This entity aims to rekindle interest in the fruit. Kenji has planted a lot of tachibana trees so far. He also has developed citrus products like tachibana koshō and tachibana herb tea. He has been putting in efforts to bring the fruit into popularity since 2011.

When he began the Nara Tachibana Project, there were around 300 tachibana trees remaining in the country. However, owing to the consistent efforts of the group, there are several thousand trees now. Partnering with a handful of restaurants also worked in their favor.

History of the native tachibana

Scientists and researchers think citrus fruits reached the Japanese shore long ago through the Chinese mainland. Over the years, the citrus fruits underwent several genetic mutations and thus the citrus cultivar named tachibana was created. In medieval Japan, tachibana was cherished by the aristocracy. In the Heian period, aristocratic Japanese women used tachibana as perfume. In ancient Japanese poetry, there are several references to the fruit.

With time, the citrus became more accessible to the masses in Japan. In the Edo period, many families offered the fruit to deities. However, even then it was not used as a fruit for daily consumption. Its culinary use has been scarce. It is strange that a fruit that was revered by the royals and many households in Japan, fell into the vortex of obscurity. Kenji Jō feels the censorship imposed during the postwar period led to this. Owing to its association with the royal family, references to the fruit were erased from textbooks.

Experts think the fruit fell into obscurity because its cultural needs are difficult to meet. They are grown mostly in shrines and temples, but not so much in household gardens. Even in the wilderness, the tachibana needs specific climatic conditions to survive. The fruit also has a short shelf life and, in most cases, is hard to preserve beyond 10 days after picking. The satsuma mandarin is more popular owing to its sweetness.

This citrus fruit lacks commercial value and that is partly because of its tart and bitter flavor. The peel and flesh are quite bitter. However, tachibana fans actually cherish this bitterness. Kyoko Onishi, a Nara-based food mediciner, thinks it is both bitter and sweet and comes with a refined, distinctive fragrance. Fresh tachibana leaves can be eaten, but they are also quite bitter.