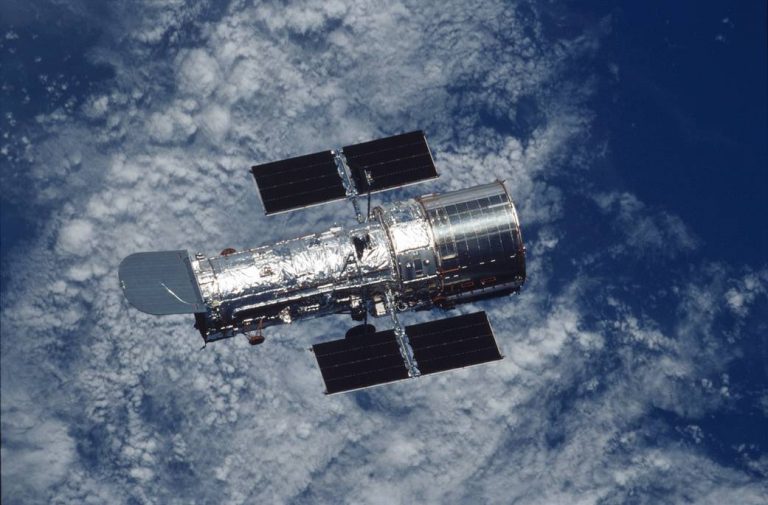 The mass of dust and bright swirls of stars in this image is the distant galaxy merger IC 2431, which lies 681 million light-years from Earth in the constellation Cancer. (Image: via NASA)

The mass of dust and bright swirls of stars in this image is the distant galaxy merger IC 2431, which lies 681 million light-years from Earth in the constellation Cancer. The NASA/ESA Hubble Space Telescope has captured what appears to be a triple galaxy merger in progress, as well as a tumultuous mixture of star formation and tidal distortions caused by the gravitational interactions of this galactic trio. A thick cloud of dust obscures the center of this image — although light from a background galaxy is piercing its outer extremities.

This image is from a series of Hubble observations investigating weird and wonderful galaxies found by the Galaxy Zoo citizen science project. Using Hubble’s powerful Advanced Camera for Surveys, astronomers took a closer look at some of the more unusual galaxies that volunteers identified. The original Galaxy Zoo project was the largest galaxy census ever carried out and relied on crowdsourcing time from more than 100,000 volunteers to classify 900,000 unexamined galaxies.

The project achieved what would have been years of work for a professional astronomer in only 175 days and has led to a steady stream of similar astronomical citizen science projects. Later Galaxy Zoo projects have included the largest ever studies of galaxy mergers and tidal dwarf galaxies, as well as the discovery of entirely new types of compact star-forming galaxies.