What Ancient Chinese Thought About Rats 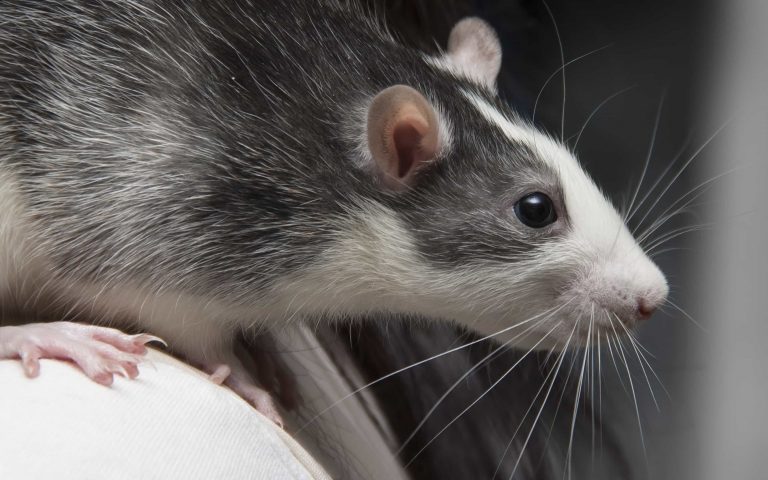 As a Westerner, I instinctively carry a negative opinion of rats. (Image: Drihan via Dreamstime)

As a Westerner, I instinctively carry a negative opinion of rats. Maybe European history is to blame; it’s estimated that 30 to 60 percent of Europe’s population died from the Bubonic Plague or the Black Death. The rats harbored the lice that were responsible for carrying the disease.

In addition, either living rurally or in the city, rats are known to destroy stored valuables, which can even include the electrical wiring in your car!

When my children wanted a pet rat, I needed to challenge my negative opinion of them; I began to look into how other cultures viewed them to begin to see them in a different light.

Knowing that rats are a symbol of the Chinese horoscope, I looked into how the ancient Chinese folk viewed these little critters; after all, ancient Chinese culture is thought to be semi-divine and focuses on the true nature of things. I wanted to know if my new family pets were malicious, sly, or just misunderstood.

Unlike Western culture, the rat is viewed quite positively as a symbol in Chinese culture. They are recognized for their intelligence and are exceptionally fertile — potentially having thousands of offspring during their lifespan. Both of these attributes were admired in ancient China.

Rats can jump, climb, and swim too. If one falls from a high place, it can land and be unhurt due to its athletic flexibility. In addition, they have tenacious and bold personalities with a strong will to survive.

The rat is also highly adaptable and quick-witted. In no longer than a few days, our new pet rats were tamed and became quite respondent to the interest and affection of the children.

In ancient China, rats were also believed to have a link to the natural and spirit world, as they can predict when natural disasters are about to happen.

“Jiu,” or rice wine, is drunk in China and is often infused with other ingredients, such as animal parts and herbs, to form a medicine.

The book Hong Kong Apothecary: A visual History of Chinese Medicine notes that rat fetuses are selected and added to wine to make a medicine to guard against rheumatic pains and digestion upsets.

In classical Chinese folk legends, rats are mentioned again and again. Different kinds of animals were often worshiped in China, including rats.

For example, according to China’s “Li” people, a man emerged from a gourd. And it was a rat that chewed the gourd and made a hole so that man could come out and enter the world.

The “She” people think that a rice ear looks like a rat’s tail, and the “Yao” people pass down a myth called Legend of the Millet. In old stories, both ethnic groups believed that rats helped people harvest grains.

But it’s not all positive, as rats were also spreading the Black Plague in China during the same period it spread through Europe — the black rats hopped aboard trading ships commuting from China to Europe.

But the Chinese, known to mind their speech, would not blatantly state they would kill rats to keep the disease at bay. They would instead say they were “marrying off the rat” or “having a rat wedding,” which meant: Like our daughter, we will marry off the rat, so it is no longer living in our home, and we will kill the vermin.” Sometimes animals need to be culled so that humans can keep their human life and way of existence.

After all, the traditional Chinese thinking was that humans carry the image of a god and can therefore practice spiritual cultivation, eventually returning to their true nature. Animals, on the other hand, need to wait until they reincarnate into a human form — that can be a long time!

I’ve decided that even though they were connected to the Great Plague, pet rats today, especially the pretty white or brown ones, are harmless and quite cute — especially when they climb up onto your shoulder.

Did you know that the white rat was introduced to Great Britain in the early 1800s, and Beatrix Potter’s favorite pet as a child was a white rat? She wrote her book Samual Whiskers in memory of her beloved pet.

So far, our new rats have been no trouble. They are gentle, don’t bite, can live on breakfast scraps and a few fresh greens, and are quite entertaining.

If you live in an apartment and want an easy pet for your children, rats are a good choice. Also, you are not tied down to the responsibility of pet ownership for a long time, as they only live for a couple of years.