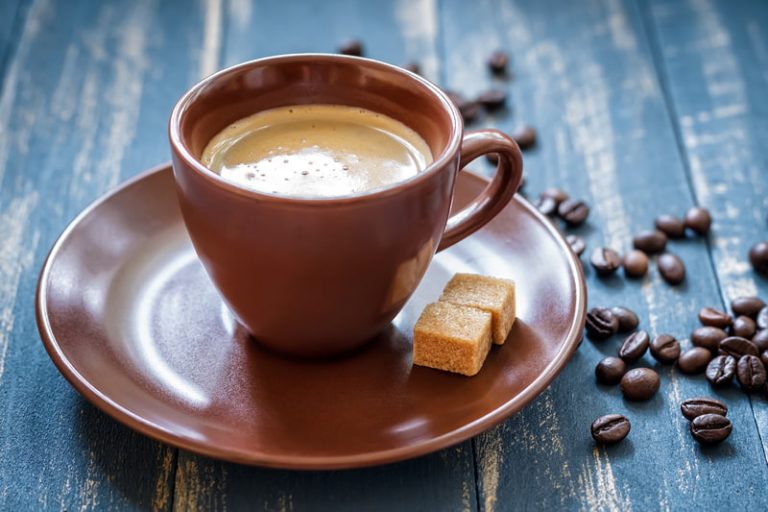 The kopi found in Singapore is unique to the region and has a buttery caramel flavor. (Image: Photomailbox via Dreamstime)

Singapore is sought after by tourists for a number of things and there are some amazing tourist hotspots. This multicultural city-state is often described as a melting pot made up of the cultures and traditions of different communities. This has paved the way for amazing diversity in art, media, and cuisine. However, not many are aware of Singapore’s thriving traditional coffee roasters.

The first kopitiams were introduced in Singapore by Chinese traders in the 19th century. They were meant to cater to the taste buds of European immigrants. Kopitiams still exist on the island, along with modern coffee shop chains. The name is derived from kopi – a coffee type unique to the region. It has a buttery caramel flavor. Many kopitiams actually roast their own coffee using imported beans.

There are several such ventures and some of Singapore’s traditional coffee roasters have been operating for several decades. One of these is Kim Guan Guan, set up in 1988 by Jason Soon. Initially, he imported and sold raw coffee beans. However, in 1996, he started coffee roasting operations. Jason learned ways to produce kopi and there was no looking back.

It is made by cooking robusta beans with ample sugar and margarine. The mixture is then ground and brewed. The resultant coffee has a distinctive aroma and taste. It can be consumed raw or with milk. The kopi is made with the aim to mimic the flavor of imported Arabica beans. Robusta beans have an enhanced amount of caffeine and bitterness.

In Soon’s factory, a single batch of coffee can be roasted in about 45 minutes. Initially, the beans are cooked at a temperature of 240°C. When done, the beans are put into a wok filled with caramel and the melted sugar emits moisture. The roaster then tosses the mixture and adds margarine. The beans are then poured into a metal tub. The workers separate the smoking beans prior to sugar crystallization.

Kim Guan Guan produces around 5 tons of coffee on a daily basis. The buyers are grocers and local coffee chains. Soon, now in his 50s, is keen on making kopi and he is aided by his wife, Wendy. He says: “If us manufacturers don’t work hard at preserving it, who will? This is part of Singapore’s heritage.” University of Tasmania’s history professor Nicole Tarulevicz agrees with this view. He thinks kopi is a part and parcel of Singapore’s culture. Even tourists visiting Singapore think drinking kopi is quite a Singaporean experience.

While the tradition of making kopi in Singapore is very much alive, the coffee roasters are facing hardships. Now, the workers prefer working in companies where Arabica beans are roasted in air-conditioned setups. Fresh roaster-owner Jimmy Ng admits finding workers is hard. He has nine employees and only two are Singaporeans. He also began in 1979 as a coffee distributor and later switched to kopi production in 1997. While coffee roasters are hard to find in Singapore, the global footprint of kopi is large. Singaporean coffee chains like Killiney Kopitiam and Ya Kun Kaya Toast have made it popular worldwide. They are present in places like Tokyo, Japan, and Palo Alto, California.

Younger Singaporeans want to preserve the tradition of coffee roasters

Singapore-based kopi roasters think a shortage of well-roasted beans is a hassle. If the traditional suppliers close down, they will have to import roasted coffee from places like Malaysia. The saving grace is a section of younger Singaporeans who want to preserve the tradition of coffee roasters. Faye Sai, owner of Kopitiam Coffee Break is among them. She along with her two siblings took over the business as their father got older. They are resorting to using modern flavors with traditionally roasted kopi to woo customers.

The head of Queen’s Coffee roastery, Guan Lim, who is associated with the Singapore Coffee Association says hiking the price can work. He says: “Profit margins are nearly zero. We need to make this trade more lucrative, otherwise, there’s no way we can hold on.” Soon and Ng both feel that demand for kopi is not going to reduce. They are, however, worried about competition from the thriving specialty coffee market in Singapore. While coffee consumption has grown in the last decade, the young generation is keener on consuming specialty coffee variants.