Most Medieval Manuscripts of Chivalric and Heroic Tales Have Been Lost 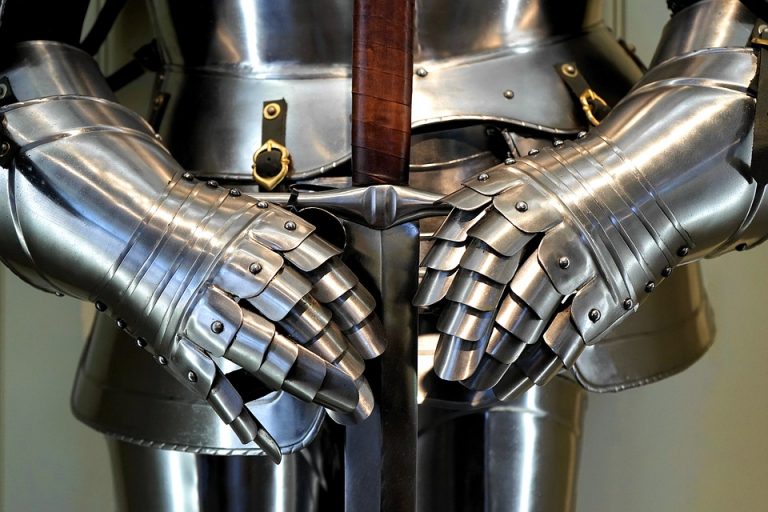 New research finds that, while the Knights of the Round Table has won global fame, most medieval English chivalric and heroic tales have been lost. Meanwhile, more than three-quarters of medieval stories in Icelandic and Irish survive to the present, in an unusual pattern suggesting that island ‘ecosystems’ helped preserve culture.

The findings come from an international research team, including Oxford experts, which has applied models used in ecology to help estimate the loss and survival of precious artifacts and narratives from different countries and ancient cultures. Their findings are published in the journal Science, with Mike Kestemont (University of Antwerp) and Folgert Karsdorp (KNAW Meertens Institute) as the main authors. Dr. Katarzyna Anna Kapitan, an Old Norse philologist and Junior Research Fellow at Linacre College, Oxford, says:

“By using statistical methods borrowed from ecology, we were able to add to previous scholarship. We estimate that more than 90% of medieval manuscript copies of chivalric and heroic narratives have been lost. Encouragingly, this corresponds roughly to the scale of loss that book historians had estimated using different approaches. Moreover, we were able to estimate that some 32% of chivalric and heroic works from the Middle Ages have disappeared over the centuries.

The team used “unseen species models” from ecology to gauge the loss of narratives from medieval Europe, such as the romances about King Arthur, or heroic legends about Sigurður the dragon slayer or the legendary ruler Ragnar lóðbrok, known to wider audiences from the series Vikings. The estimates of loss and survival they obtained are compatible with the scant historic evidence. Dr. Daniel Sawyer, Fitzjames Research Fellow in Medieval English Literature at Merton College, Oxford, explained:

“We found notably low estimated survival rates for English. It has the lowest survival rates in the study for both works and manuscripts. Why might this be the case?

“We might blame the dissolution of the monasteries under Henry VIII, and that process did scatter many large libraries of medieval manuscripts. But heroic stories in English rarely appear in the library catalogues of monasteries and friaries in the first place.”

“Another possible explanation might be found in the limited prestige of the English language and the relative insignificance of England during many of these centuries. English is now learned as a second language all around the globe. But during the Middle Ages, it had little international prestige, and was rarely learned beyond England.

“If we plot the geographical spread of manuscripts containing romances and heroic stories in Old and Middle English today, we can see that they are also preserved in a much more narrowly restricted range of libraries than the plots we find for (say) French or German; this reflects later collecting patterns, but it might also reflect English’s limited significance within the period studied.

“This was particularly the case after the Norman Conquest in the year 1066, which brought French to England as an alternative tongue, more prestigious through its association with the country’s new rulers.

“In fact, if we add fiction written in Norman French in England to the evidence in English, the survival rate for English evidence looks more like the rates for other languages. This shows the importance of Norman French to English culture, and suggests that heroic stories in Norman French and in English formed a connected tradition.”

Meanwhile, Dr. Kapitan explains it is a very different picture for literary traditions of other countries, saying:

“Our estimates suggest we know today around three out of four medieval Icelandic romances and adventure tales in prose and verse (or 77%), but only one out of six medieval manuscripts preserving these works (17%).

“From the previous scholarship it can be concluded we know around 68% of the works of the Old Norse-Icelandic legendary sagas — dealing with the adventures of Scandinavian heroes such as Sigurður or Ragnar lóðbrok.

“Similarly, if we look at the catalogue of Icelandic rímur, metrical romances dating from both medieval and postmedieval periods, we can estimate the survival rate of around 77%. Taking into consideration that the method we’ve applied in our study is giving a lower-bound for loss, our 77% survival rate for medieval Icelandic narrative fiction seems to be pretty promising.”

Besides events such as library fires, research identifies the original “evenness” of cultural production as an overlooked factor for the survival of ancient artifacts. Dr. Kapitan said:

“Our research has revealed interesting similarities between the Icelandic and Irish corpora. Not only do both Icelandic and Irish literatures have high survival rates for medieval works and manuscripts — the hand-written documents that preserve these works — but they also have very similar “evenness profiles”.”

“In our case, this means the average number of manuscripts that preserve medieval works is more evenly distributed than in other traditions we examined,” Dr. Kapitan explains, adding: “Recently, similarities between Irish and Icelandic manuscript cultures have been increasingly attracting scholarly attention and our research results definitely generate further questions.” Evenness is a term the team borrowed from ecology. The researchers link the elevated evenness in island literature to analogous accounts of ecological and cultural diversity in insular communities. These analyses call for a wider application of these methods across the heritage sciences. Dr. Sawyer said:

“The evidence is probably telling us about the depth of England’s ties to continental Europe in the Middle Ages, and the profound influence of continental European culture on English writing. Those close connections between England and the continent might also explain why the English evidence doesn’t exhibit the evenness found in the island distributions of stories in Iceland and Ireland.”

The researchers concur that the collaboration between disciplines has been exciting.  Dr. Kapitan concluded, saying:

“It shows how transdisciplinary research, such as ours, allows us to step beyond the anecdotal case studies of single scribes or texts and make large comparisons across different genres, periods, or languages.”

The team, made of up scholars from twelve research institutions including the University of Oxford, the University of Antwerp, National Tsing Hua University (Taiwan), and the University College Cork (Ireland), the team examined manuscripts from six European language traditions (Dutch, English, French, German, Icelandic, and Irish) which predate the arrival of the movable printing press.

Provided by University of Oxford [Note: Materials may be edited for content and length.]