The Chemical Fingerprint of Viking Artifacts 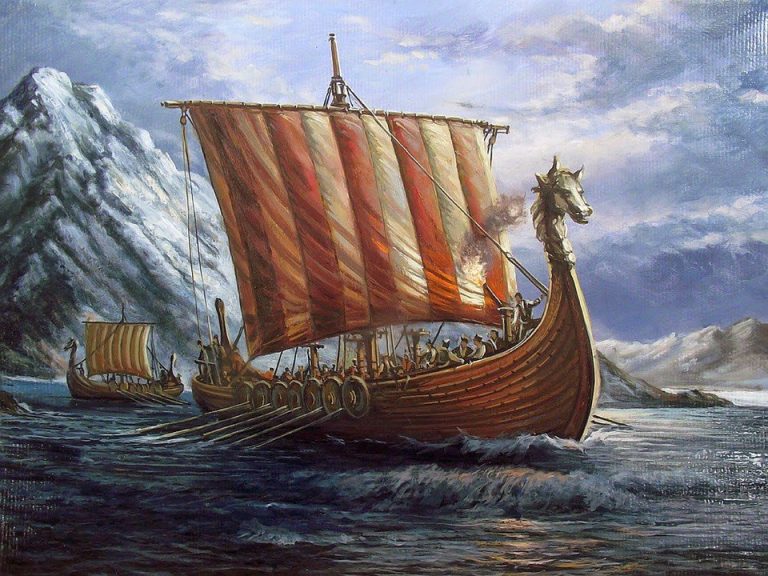 A new study examining the chemical make-up of iron Viking artifacts from the Viking age aims to uncover new insights into where they came from that could reveal previously unknown information about historic events. (Image: via Pixabay)

A new study examining the chemical make-up of iron artifacts from the Viking age aims to uncover new insights into where they came from that could reveal previously unknown information about historic events. Scientists from the University of Nottingham are leading the study, which will examine 90 iron Viking artifacts.

These Viking artifacts are weapons that were used in battles at Fulford in North Yorkshire and Bebington Heath on the Wirral. Some other material comes from the Viking camp at Torksey in Lincolnshire, and from the former Viking seaport of Meols. Fulford was the location for a battle in A.D. 1066 between Norse invaders and the Anglo-Saxons, immediately before the better-known battle of Stamford Bridge. The archaeological material consists of iron weapons found at a number of short-lived iron recycling sites that were abandoned by the Norse victors at Fulford when they were defeated at Stamford Bridge five days later.

The iron material from Bebington Heath was recovered from the possible location of the A.D. 937 battle of Brunanburh between Norse-Scottish and Anglo-Saxon armies. The material has been typologically assigned to the late Saxon/Viking period and shows parallels with the Viking artifacts from Fulford. Torksey, in the Lower Trent Valley, was the site of the winter encampment of the Viking Great Army in A.D. 872-873, and ironworking is documented at the site.

“In this study we will be testing our hypothesis that it is possible to use isotope analysis with iron to pinpoint more specifically than ever before where the artifact originates from. If successful, it could lead to this method being used with many more historic artifacts, which will help us learn more about historic events and people.”

“This is an exciting collaboration that will use the latest scientific techniques to reveal the unique isotope composition of these ancient artifacts and how this informs us where they were made. The project will revolutionize our understanding of archeological iron objects, finally giving us a method accurately to pinpoint their origin.”

Provided by University of Nottingham [Note: Materials may be edited for content and length.]