The Upright Principles of Confucian Businessmen 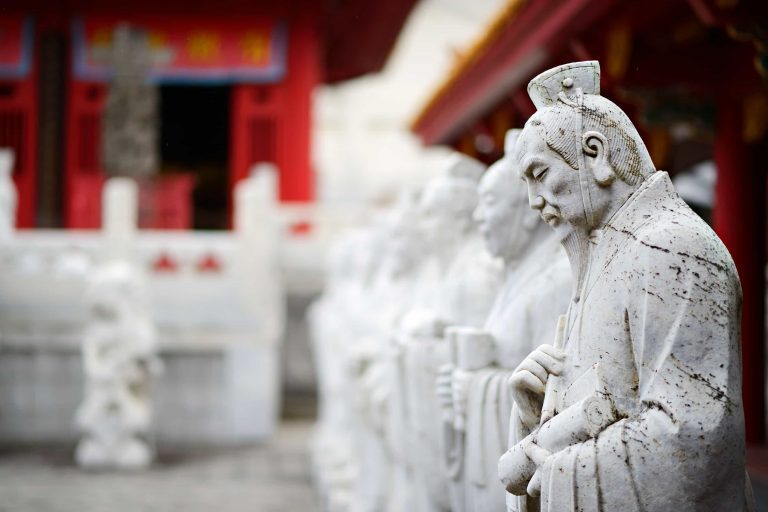 Traditional Confucian values — “benevolence, righteousness, propriety, wisdom, and trust” — sound like rather staid notions, more suitable for a refined scholar of literature than a go-go entrepreneur. But cases abound through Chinese history of Confucian businessmen who built vast commercial empires relying on those ideas.

Take the case of Hu Xueyan, a banker who went out of his way to be fair and make good on a commitment, contrary to the conventions of the time.

“Credibility is the second life of a man,” Hu once said and demonstrated it as owner and operator of the Fookang Bank. This was the motto of many renowned Confucian businessmen. During the Qing Dynasty, Luo Shangde, who was often called to battle, needed a place to store the 12,000 taels of silver he had accumulated from a lifetime of military service.

He was preparing for a new campaign in Jiangsu and couldn’t take the coins with him, nor could he find a reliable person to leave them with during wartime. So he eventually happened to come across Fookang Bank.

Hu, the bank owner, promised Luo that he would not keep the money if Luo died in battle and insisted on paying Luo 3,000 taels of interest over three years.

Luo’s worst fear came true during the battle — he was fatally wounded. But, in his will, he had asked friends from his hometown to go to the Fookang bank and retrieve the money for his family.

They arrived at the bank without a receipt and were quickly refused. But Hu heard about the matter and began making inquiries. After confirming that the men were who they said they were, he released the 15,000 taels without hesitation.

The news spread like wildfire, and the Fookang Bank became the most sought-after bank in the country because many other financiers would have kept the money after the customer died. As a result, Fookang Bank branches sprang up across China.

Hand over the reigns

Banker Qiao Zhiyong built a commercial empire of tens of millions of taels of silver, controlling ports, banks, and docks around China. As a result, the Qiao Family Mansion has been preserved — a classic example of northern Chinese architecture.

One day, Qiao met Yan Weifan, a bank branch manager misunderstood and dismissed by a former employer. Qiao saw Yan’s hidden talent and dispatched eight men to carry an invitation and a sedan chair to his front door and wait. When Yan didn’t come out, Qiao’s son respectfully approached the house and explained how his father looked near and far for talented men. Yan was moved and agreed to an interview, but he refused to sit in the sedan chair out of modesty. So instead, they put his clothes and hat in the chair while the two men rode horses.

Yan was accorded the best hospitality in Qiao’s home, and Qiao saw that Yan was a well-mannered, sharp, and grounded young man. The fact that he was only 36 years old further heightened Qiao’s appreciation of his talent. Yan was brought on as the manager of Dadeheng Bank and went on to run it for 26 years. Business boomed, and it became one of the most competitive banks in China.

In 1883, Shanghai was rocked by turmoil: torrential rains, a plague, chaos in the markets, and a crisis due to a collapse in the price of silk. Even great Confucian businessmen like Hu Xueyan were hit hard, and he closed the Shanghai branch of his bank.

But Ye Chengzhong was coming into his element.

Ye was a pioneer in transportation and shipping. At the height of his success, his assets were valued at between 6 and 8 million taels of silver, equal to a tenth of the Qing government’s annual income.

When disaster struck, Ye avoided the worst by withdrawing all his bank deposits in early 1883 and waiting for an opportunity. He saw an opportunity in the kerosene business, locking down exclusive distribution rights in China for Standard Oil’s kerosene.

That year, Standard Oil shipped a large amount of kerosene to Shanghai, hoping to increase sales to compensate for its loss in London. Ye took care of those shipments, and shifted his attention from the eventful Shanghai to the overlooked Yangtze River and coastal areas, establishing 18 distribution branches in Ningbo, Wenzhou, Zhenjiang, Tianjin, Guangdong, and other towns and trading ports.

Next, he built a transportation infrastructure by buying up idle cotton boats, available because of the collapse of that industry. He accumulated over 100 ships and used them to haul kerosene, coal, iron, and other materials up and down the Yangtze River.

Keeping one’s word, always dealing fairly and squarely, putting complete trust in trustworthy people, and being flexible in the face of adversity are the most treasured tenets of Confucian businessmen.