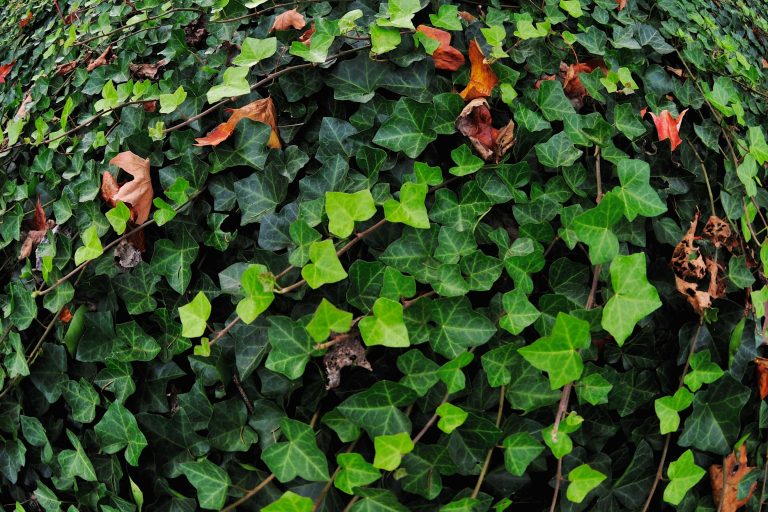 Researchers from Ohio State University have discovered that tiny particles are responsible for the English ivy’s ability to hold onto things, even under hurricane and tornado conditions. (Image: Allison Carmody via Dreamstime)

English ivy (Hedera helix) may have the answers to wound healing, stronger armor for the military, or even better cosmetics, and it all comes down to its natural glue.

Researchers from Ohio State University have discovered that tiny particles are responsible for English ivy’s ability to hold onto things, even under hurricane and tornado conditions. Mingjun Zhang, the biomedical engineering professor who led the work, was able to identify the particles within the ivy’s adhesive. This led him to identify the primary protein within them.

Zhang focuses his work on turning to nature when answering complex problems within medicine. Zhang explained his discovery in a statement:

“By understanding the proteins that give rise to English ivy’s strength, we can give rise to approaches to engineering new bio-inspired adhesives for medical and industrial products.

“It’s a milestone to resolve this mystery. Finally, we now know the secret of this adhesive and the underlying molecular mechanism.

“English ivy has these very tiny hairy structures that have a wonderful interaction with the surface as the plant climbs. One day, I looked at the ivy in the backyard, and I was amazed at the force. It’s very difficult to tear down, even in a natural disaster. It’s one of the strongest adhesive forces in nature.”

Many people, including Charles Darwin, have been amazed by the physics and the sheer strength of English ivy. But with the use of a powerful atomic-force microscope, Zhang and his team were able to identify the previously unknown element in its adhesive.

According to Ohio State University, the tiny particles inside the glue on their laboratory slides turned out to be primarily made up of arabinogalactan proteins. And when the scientists investigated further, they discovered that the driving force behind the curing of the glue was a calcium-mediated interaction between the proteins and pectin in the gelatinous liquid that oozes from English ivy as it climbs.

Even though many plants are first-rate climbers, our understanding of the adhesives that enable them to fasten themselves to walls, fences, or just about anything is minimal. However, we now know that a chemical bond is formed once the water evaporates with this new study. It was also found that the glue makes its way into openings invisible to the naked eye, strengthening its bond even further. Zhang said:

“When climbing, English ivy secretes these tiny nano-particles which make initial surface contact. Due to their high uniformity and low viscosity, they can attach to large areas on various surfaces.

“Under moisture or high or low temperatures, it’s not easily damaged. English ivy is very resistant to various environmental conditions, which makes the adhesive a particularly interesting candidate for the development of armor coatings.”

Zhang, a member of Ohio State’s Davis Heart and Lung Research Institute, is particularly interested in bio-adhesives that could aid wound healing after injury or surgeries. Others, notably the U.S. military, are interested in surface-coating applications for purposes that include strengthening armor systems, he said.