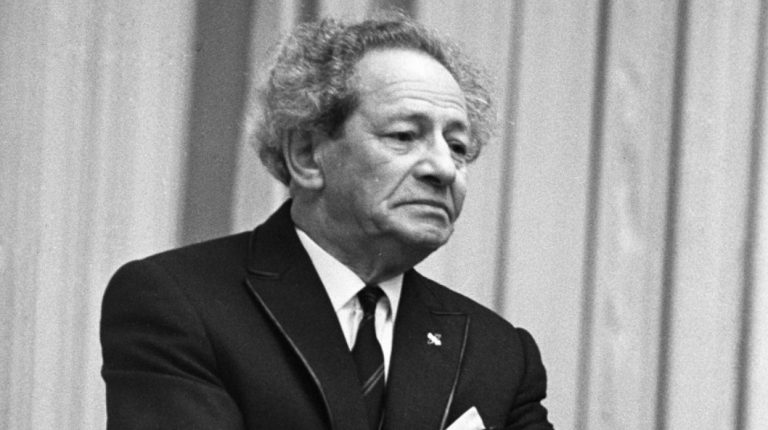 This is a brief story about the life of the legendary Polish mystic and amazing mind reader Wolf Messing. He discovered that he had supernatural and telepathic abilities at a very young age. He quickly found work performing mind-reading acts in theatres and then in a circus with these extraordinary abilities. Wolf Messing became well known in no time as his readings were feats of incredible accuracy. Furthermore, he could perform these psychic feats without any trickery or help from assistants.

In 1915, when he was 16 years old, his manager, Zimest, took him on a tour of Vienna. This trip to Vienna became the most precious memory in Wolf Messing’s life because he had the chance to meet with and work with Albert Einstein and Sigmund Freud; both icons were among his many admirers.

Regarding Wolf Messing’s mind-reading skills, let us look at a classic case. He was drafted into the Polish army while he lived in Poland, and there he worked as a paramedic. One day, a lieutenant and three soldiers came to the Ministry of Health where Messing was stationed and ordered him to pack his things and get ready to leave immediately. He was given no reason for the sudden change. They even gave him a severe beating.

They brought Wolf Messing to Warsaw. It turned out that the First Marshal of Poland, Josef Pilsudski, was waiting to see him. Piłsudski was the genius who played an important role in regaining Polish independence following World War I. He also played a pivotal role in the resurgence of the Polish army. The Polish people at that time held Pilsudski in high esteem, and it was even commonly said that he was “great and strong like a sphinx, quiet, and always immersed in contemplation.” He was regarded as a great man, but he had to deploy much personnel to find out Wolf Messing’s whereabouts to meet him.

Wolf Messing appeared before the national leader. First, Piłsudski asked him how he acquired his “mind-reading” ability. He replied sincerely: “I don’t know how this happened. Just imagine, in a country of blind people, an ordinary person with normal vision appeared.” Then, he continued, a blind man asked him: “How can you see things without touching them?” The other party replied: “I only can just see them!” Pilsudski then asked again: “What do you mean by ‘seeing’?” Messing answered: “I wish I knew….”

The implication was that Wolf Messing had supernatural power, but they were innate. He did not know how this came about and the specific principles. The marshal listened to him, but he did not blame him.

He predicted the outcome of the war

After the end of the First World War and to expand their territories, a war called the Polish-Soviet War was fought between the two newly established regimes of Soviet Russia and Poland. Poland turned from offensive tactics to rapid retreat. Marshal Piłsudski was contemplating how the war with Soviet Russia would end? So he asked Messing.

Wolf Messing replied discreetly: “The Polish army would be victorious soon, but the Poles would have to retreat to Warsaw before this. Tukhachevsky, who commanded the Soviet Front, is very dangerous and likely to make tactical mistakes.” As soon as Wolf Messing had spoken, one of the generals present at the meeting immediately retorted and scolded him, saying: “He is just a small boy.” Another general remarked angrily: “Tukhachevsky can’t oust our army from the Ukrainian capital.”

Wolf Messing communicated with the mysterious and unknown world

Judging from the situation at that time, Poland would win the war in 1919 and control most Western Ukraine territories. So when Wolf Messing told them his prediction, it was refuted by the generals present. They could not believe that the Polish Army would lose Ukraine and the Poles would have to retreat to Warsaw, nor that the Soviet Tukhachevsky would make a mistake.

So what are the facts? Those familiar with this history know that in April 1920, Tukhachevsky commanded the Soviet-Russian army to start a counter-offensive. The initial counter-offensive was very successful, and the Soviet military even advanced to the vicinity of Warsaw, the capital of Poland. However, in August, the tide turned with the decisive victory of the Polish army at the Battle of Warsaw. The Polish army, advancing eastward, was victorious, and the Soviets asked for peace.

In 1919, the year before the victory of the Polish army, no one except Wolf Messing expected that history would go this way. But, faced with the ridicules of the generals, Wolf Messing decided to teach the generals a lesson due to their arrogance and ignorance of the “unknown.”

With the consent of Piłsudski, he addressed the generals present. He told one of them: “You bought the Ukrainian sugar mills for nothing. The Bolsheviks of Soviet Russia will rule Kyiv, Zhytomyr, Hessen, and Odesa.” His words made the general’s face turn long; he was gobsmacked, his chin dropped immediately, and he stared hard at Wolf Messing. Then, messing turned to another general and said to him: “Margo has made Mrs. Tower very confused about the age gap, extremely confused.” This general’s face blushed immediately. At this point, Pilsudski snickered.

Driven by curiosity, a plainclothes guard politely asked: “Can’t you say something to me?” Messing responded by saying: “Let this respectable gentleman not worry about his daughter. She will surely recover. She is much better. Her father is sitting in front of me now, worried about her health.” The plainclothes guard asked loudly in surprise, “How did he know that my girl is sick?”

At this juncture, all the generals present fell silent. Finally, Piłsudski asked Messing to stay behind and told the rest to leave the room. He wanted to ask Wolf Messing about his future. Messing told Pilsudski that he would be the Chief of State, and he had another 15 years to live. After the conversation, Pilsudski arranged for Messing to be a scribe at the headquarters and gave him a gold watch as a parting gift.

Messing arrived at the headquarters for the first time and was unfamiliar with life there. However, he used his ability to “delve” into the officers’ thoughts. He wanted to know the position and rank of the officers so that he could move on with his life smoothly. However, extraordinary people are destined to have extraordinary lives.

Hitler puts a price on his head

Wolf Messing gained an international reputation as the world’s greatest telepath as he toured the capitals of Europe after the war. Unfortunately, his touring days ended abruptly in 1937 when, after Messing publicly predicted the downfall of the Third Reich, the Nazis placed a sizable bounty on his head. He eventually escaped capture by the Gestapo and fled to the Soviet Union.

Wolf Messing’s displays of telepathy, uncannily accurate predictions, and psychic crime-solving gained him rare celebrity status in the Soviet Union. Even Stalin himself was intrigued by his ability to influence thoughts at a distance.

He predicted the impending outbreak of war, missing the mark by just one week. He also said that the war would start for the Soviet Union in June 1941. He also had visions of Soviet tanks entering Berlin.

When Wolf Messing visited Stalin’s country-house early in 1953, Stalin asked him: “So you can predict the future, right? Well, do you know when you are going to die?” “After you, Comrade Stalin,” Messing responded. “That means you know when I am going to die?” “Very soon,” he replied. Starlin died in March of that year.

However, Wolf Messing held secrets that could not be shared with anyone, and the secrets eventually died with him.