Sadio Mané’s Heartwarming Win for Senegal at the African Cup 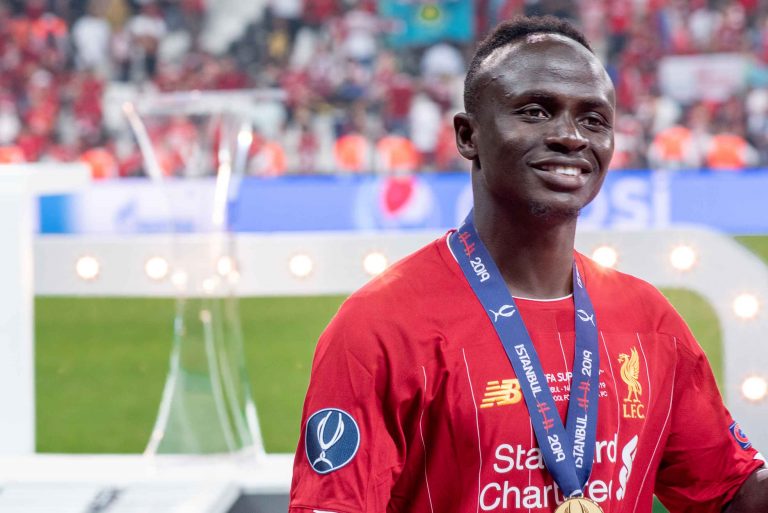 The African Cup is known as the topmost sporting prize in Africa and for the first time, Senegal grabbed it. The African country beat its rival Egypt in the exciting final match. The historic win made the country ecstatic and the President of Senegal later declared Monday as a national holiday. As the team returned to their homeland, a colorful, massive parade awaited them. Sadio Mané, the talented goal-scorer for Senegal, was announced as the Player of the Tournament for his amazing performance. In fact, he also scored the winning goal in the penalty shoot-out.

Mané is not only a popular player, but he is also known for his acts of generosity and kindness.  During the tournament, Sadio Mané paid the airfares for 50 Senegalese fans so they could attend the game in Cameroon. After playing against Cape Verde, he had to be hospitalized owing to a concussion. When he was getting treated there, he came to know about a local boy who was admitted after getting injured in a bike accident. Sadio Mané paid for the boy’s medical expenses as his parents were not able to come up with the money. This act made everyone shower him with applause.

Mané is one of those rare players with a philanthropic, selfless side. He earlier donated over $1 million to set up a soccer academy, hospital, and a school in Banbali, his native village.

Acts of generosity are not uncommon for Sadio Mané. He has also been seen giving jerseys to his fans several times. He said: “Why would I want 10 Ferrari’s, 20 diamond watches, or 2 planes? I built schools, a stadium, and we provide clothes, shoes, food for people who are in extreme poverty. I prefer that my people receive a little of what life has given me.” (Good News Network). This is in stark contrast with other successful players who prefer leading a lavish life, without thinking much of others.

Talent and virtue of Sadio Mané

The national football team of Senegal made it to the finals in the 2018 Continental Cup. They chose to retain Aliou Cissé, the team’s head coach, even after the defeat in 2018. Sadio Mané supported the move to retain Cissé as well. He said after the team beat Burkina Faso in the semi-final: “I think this man deserves all the success he gets because he is the most criticized coach I have ever seen in my life, but he never gives up. We would like to win for our country and for him because he deserves it after everything he has been through as a player and now as a coach.” (Good News Network).

Sadio Mané was the center of everyone’s attention in the final and his penalty shot fetched the team its first-ever win in the prestigious tournament. Senegal had lost twice in the finals in the past and so expectations and pressure on him and the team were high. It was tricky as Egypt has a track record of doing well at penalty shots. However, Sadio Mané did not disappoint the fans this time. His shot was so strategic that goalkeeper Abou Gabal could not save it, despite the stellar track record of the latter in the tournament.

The final of the tournament was tension-filled as neither of the teams could be declared the winner. The 120 minutes of the match were goalless. Given Egypt’s track record in the penalty round, the win seemed rather elusive for Senegal, but Sadio Mané performed a miracle at the last moment. Sadio Mané, much like his teammates, became ecstatic after scoring the goal and he got into the lap of honor, with the national flag draped on his shoulder.