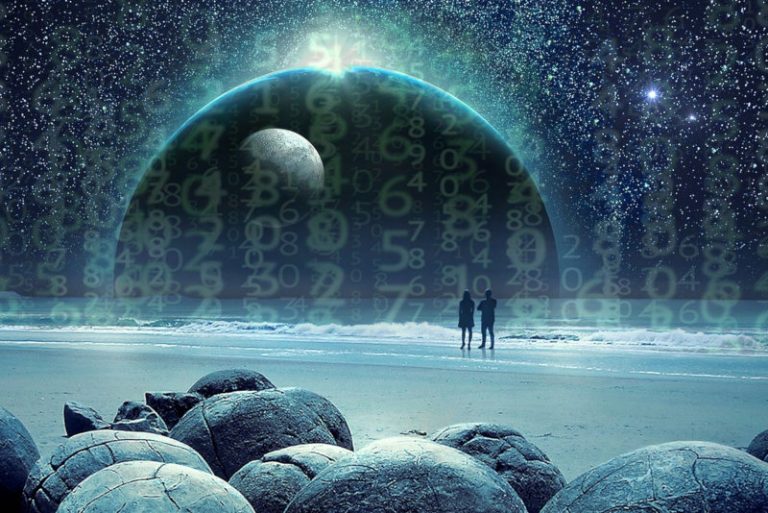 The strange disappearance of Silicon Valley CEO Erin Valenti has made some people question whether we are living in a simulated reality. (Image: via Max Pixel)

In 1999, the movie The Matrix took the world by storm. This movie depicts a world where everyone is trapped inside a simulated reality. The people living in the world only serve as energy sources for the intelligent machines so that they can sense the world. A quote from The Matrix says: “What is real? How do you define real? If you’re talking about what you can feel, what you can smell, what you can taste and see, then real is simply electrical signals interpreted by your brain. This is the world that you know.” Most people only saw it simply as a movie but it wasn’t until the strange disappearance of a well-known and successful Silicon Valley tech company CEO, Erin Valenti, that people started to have a new perspective.

Erin Valenti was born in 1986 in New York City, USA to an ordinary family. As a child, she was very energetic and full of “bright ideas”. Erin Valenti was a high achiever and very passionate about charity. After graduating with honors from Georgetown University with a degree in business administration, she got a job as a venture capitalist at Summit Partners and headed a fund of up to US$20 billion on her own.

In 2011, Erin Valenti met Harrison Weinstein, a psychologist, and moved to Salt Lake City, Utah. They founded Tinker Ventures, a company specializing in innovation and product development. Erin’s business acumen and innovative nature led to the rapid growth of her company, and in just eight years, she was leading a team of 120 people, capturing some well-known companies on her client list.

In 2019 she won the 2019 Women Tech Awards. She won a partnership with a neural interface startup called CTRL-labs, a company that had just been acquired by Facebook for somewhere between US$500 million to US$1 billion. The company specializes in the development of “mind reading” wristbands. At the launch, the company’s founder excitedly told the public that his company would realize the dream of connecting our brains to our computers in the near future. Everyone would be able to control a computer with their mind.

Can this be a good thing? Imagine, if we can control the computer with our mind, how do we make sure the computer will not control us in return? CTRL-labs was highly regarded by Erin Valenti, so much so that she booked herself in to attend refresher workshops to better her skills but she never expected this would be her final trip.

The schedule for Erin Valenti’s final trip was to fly from Salt Lake City to Orange County on October 1, 2019, to attend the Create the Powerful seminar, stay there for two days, then travel to Silicon Valley to meet up with ex-colleagues and finally catch a flight back to Salt Lake City on October 7th to attend the highly-anticipated Women Tech Awards ceremony. According to her family, Erin called daily during her trip and expressed her excitement for coming home and putting her new ideas to work for the company.

Strangely, Erin’s car was nowhere to be found, as she had originally parked it around the corner. At the time, Erin Valenti told her mom not to worry as she would be able to find the car soon. Minutes later, she found it. Erin became agitated and began mumbling incoherently that she had just refueled the car not more than 10 minutes ago, but now the car was running out of gas, and she probably wouldn’t be able to make it to the airport.

Sensing something was wrong, Erin’s mother called her son-in-law and asked him to contact Erin Valenti immediately. So for the next few hours, both of them continuously spoke with Erin over the phone, but she continued to be agitated. She even told her family in fear: “It’s all a game. It’s a thought experiment. We’re in the Matrix.” After this last phone call, Erin’s family could no longer contact her.

Erin Valenti never made it home the next day. After 5 days of intense police search and an online campaign releasing the license plate of the rental car, on October 12, Erin’s body was discovered in the back seat of the car, parked only 3 or 4 blocks away from where her phone was last located.

What was puzzling was how the police were unable to find a vehicle parked on a street in the middle of a suburb, not some remote area. No one noticed the car, even Erin’s body at the scene had no signs of physical harm or suicide, and the autopsy results confirmed that her physical condition was normal. So why would Erin Valenti suddenly lose her life? Notably, why did Erin continue to mention in her last phone call that this was a thought experiment and that we are all living in a matrix?

“Matrix” is a mathematical term that was used in the movie The Matrix to illustrate the code used to make up simulated reality. What is the “matrix”? It is a world created by computers, built to control and transform humans. Hence, when Erin Valenti mentioned the “matrix” in her last phone call, people began to wonder if she was erased because she had found out that the world is in fact simulated. But is this even possible? Surprisingly, there are current-day scholars who do believe that the world is simulated.

In fact, humans have been trying to create a simulated world since long ago. If it is possible that humans could eventually create a “simulated world”, then how can we be sure that we are not already living in one?

Some people in the sciences have also stated their belief in a simulated reality such as Professor Nick Bostrom from Oxford University who proposed a Simulation Hypothesis in 2003. NASA physicist Thomas Campbell also said he believes the world is definitely simulated and even Einstein once said: “Reality is merely an illusion.” Elon Musk, the world’s richest man, once said: “There’s a one in a billion chance we’re in base reality.” Why are the leading figures of society making such absurd arguments? Are they suspecting and questioning that perhaps we have never lived in a “real” world?

Consider the following story. About 2,300 years ago, Zhuangzi, a renowned Chinese philosopher, entered into a dream and became a butterfly flying freely among the flowers. Suddenly, he woke up and a terrifying question arose in his mind: How can I be sure that I have really woken up? Could I actually be a butterfly dreaming that I am a human? The dream was so “real”!

Let’s assume for a moment that the soul really exists. Then wouldn’t this perfectly explain how the simulated world works? Many people have always believed in the existence of the soul and that it never dies. So when it is born into the world, isn’t it just like a player entering a game? The rules of the game on each planet are different. When the physical body dies, the game ends, but the soul of the player does not die and can choose which game they want to play next. For each game, there would be a server that some call the “Akashic records.”

Famous past-life regressionist Dolores Cannon once said that there are Akashic records in the universe that stores all life experiences. Some can use hypnosis to connect to the Akashic database to retrieve information about their past lives. Nikola Tesla, a genius Serbian-American inventor, also believed in the existence of the “Akashic database.” He claimed to have connected with it in his dreams, to see machines that are yet to be invented. Perhaps that was why he was able to invent machines without too much experimentation.

If what the above scientists stated is true, then could it be possible that we are actually living in a simulated world? The only question is, if one day you were given a choice, would you choose to learn the truth?

As Morpheus told Neo in The Matrix: “This is your last chance. After this, there is no turning back. You take the blue pill — the story ends, you wake up in your bed and believe whatever you want to believe. You take the red pill — you stay in Wonderland and I show you how deep the rabbit-hole goes.”